A call to action for Egyptians living abroad 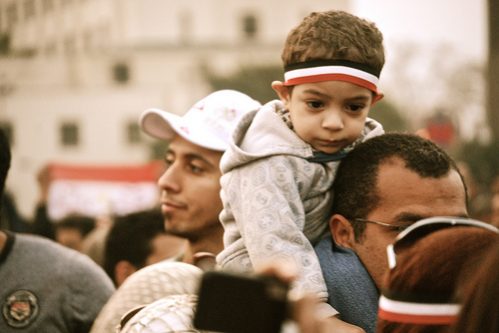 Attention all expatriate Egyptians: we have less than three days to make history.

For many years, Egyptians living abroad could not vote. Now, for the first time in the past 30 years, Egyptians outside of Egypt are able to cast a vote in the Egyptian elections, after Egypt’s Administrative Court issued a ruling allowing them to take part in elections.

Beginning November 10th, the Egyptians living abroad who wish to vote in Egypt’s next parliamentary elections, started to register by recording their information in embassies and consulates, or through the site of the High Elections Commission. No further information has been given on when and how voting will take place, but in order to vote, you need to be registered. The registration period closes on November 19th.

Having spent almost five years in the United States as an international student and seeing how Americans have the opportunity to elect who they really want to have in power and speak up when they do not like something, I want my country to be the same. I want my people to have the same rights.

But one impression I got from talking to Americans about voting trends in the US was that many people here have the right to vote but they don’t vote (with the exception of the last election). Now that Egyptians overseas have the right to vote, they need to make sure not to fall into the trap of voter apathy. A concern in mind is that if not enough people register, we might be prevented from participating in future elections.

The picture is not perfect in Egypt right now, politically or socially, and the future of Egypt still remains uncertain and some may ask why the vote of the Egyptians living abroad matters or why they have the right to vote.

According to 2008 census estimate, Egypt’s population is nearly 81.3 million with up to 6 million living abroad. Of the Egyptians living abroad, hundreds of thousands reside in the United States.

I understand there is a story behind each Egyptian’s reason for leaving the homeland, whether it’s to study and go back to help their communities, or to work to support their families back home, or even to escape political persecution. But one thing I am sure of is that all Masriyun have one thing in common—that is love for our homeland regardless of the distance between us.

Even the Egyptians who will continue to live abroad still care deeply about Egypt, and their vote can make a difference in the life of their families and communities and because they are not living in Egypt now does not mean that their rights for voting can be taken away.

Many of us were not in Egypt during the revolution and nothing will make us feel what our people were going through while standing in Tahrir Square sacrificing by their lives for you, for me, and for every Egyptian to live with freedom and dignity. The least we can do is to cast our vote to ensure that their sacrifices were not in vain.

If you hesitate about voting, remember, there are still tears of a mother that lost her child, there are cries of small kids who lost their father, there will always be a hole in society from the loss an entire class of doctors, engineers, artisans, breadwinners, etc. We can show our pride for these brave martyrs by voting.

While doing my studies here and struggling in my own way, I always had this inner fear of whether I am going to be able to carry the knowledge I learned here and use it to better my country. I always wondered, is there a way that I can establish research labs in Egypt comparable to American research labs. I have seen many professors go back after they studied here and just lose hope in trying to change the situation in Egypt.

But now it’s different. Now we have a hope. The revolution has given us a once in a life-time chance to change things, to create a better Egypt. Our first step is to choose the leaders we want to represent us.

Egypt is in its formative years. The decisions we help make will have lasting effects on the future of Egypt. It is our duty to be a part of the democratic process. It took just one person to start the revolution in the Middle Eastern countries. One person’s actions created a wave of democracy. Imagine what 6 million can do.

Register today by going to: