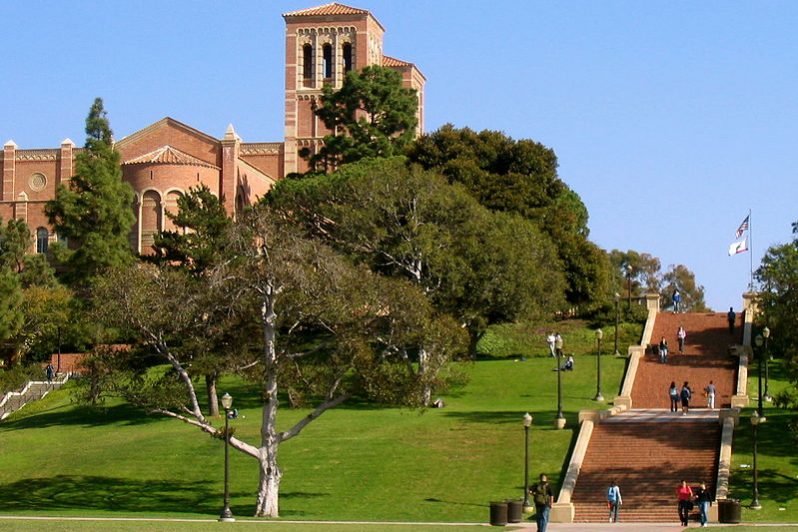 The Dean of Students’ Office hosted a Faculty Dinner on Oct. 17 discussing the Muslim experience on campus and exploring the facets and sources of Islamophobia.

The Vice Chancellor of Student Affairs, Janina Montero, supported the event that had about two dozen attendees. The Muslim Student Association, the Alliance for Intergroup Dialogue and the Assistant Dean of Students for Campus Climate, Christine Mata, helped facilitate the dialogue. Although not listed on the UCLA Happenings page, the event was open to anyone who wished to attend.

Dr. Michael Cooperson and Professor Asma Sayeed, professors of Arabic and Islamic Studies, respectively, in the Department of Near Eastern Languages and Cultures, were among the invited faculty members. Various members of the Muslim community as well as students of other diverse backgrounds were present as well. With a small and intimate group, the atmosphere was conversational and welcoming to anyone willing to partake in the dialogue.

Muslim students recounted their experiences with Islamophobia on and off campus, sharing stories of casual racism and accounts of more blatant and violent confrontations they and their peers experienced. In addition, non-Muslim students shared instances in which they overheard Islamophobic remarks or in which they themselves had false preconceived notions in the past.

The faculty members shared their experiences as academics dealing with the realities and challenges of Islamophobia in their fields. Professor Sayeed shared her approach to teaching in which she shifts the focus from sensationalized topics like “Jihad” toward topics like the history of Islam and significant historic events.

Third-year biology major Nabilah Abdelaal said she enjoyed the event, adding, “It’s great to be able to talk to people and to share perspectives, but then what? What is going to happen after that? It would be great to put this into action.” At future events like these, she’d like to see more people who are less aware, so that more divergent opinions can be exchanged.

Nevertheless, Abdelaal noted, she learned something new about the perspective of non-Muslims with regards to Islamophobia: “I learned that it’s not necessarily a fear of Islam – they’re not afraid of terrorism either – they just think that it is an oppressive religion and feel bad for us and that’s what makes them dislike Islam.”

Fourth-year political science major Zawar Jafri thought the dialogue was an important first step toward assessing and addressing the issues Muslims face on campus. “Hopefully it can serve as a platform to help us move forward and improve the lives of Muslim students, both as students and as Muslims in general.”

Concerns that Jafri would like addressed included the availability of halal food and other practical issues that he felt “actually affect our lives from a physical, mental, emotional, and academic standpoint.” As a possible end goal to events like these, he would like to see some sort of initiative that addresses Muslim concerns on campus practically.