Growing up Muslim post 9/11: More open with my Identity 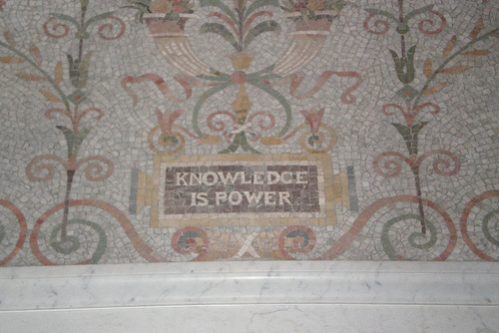 Al-Talib interviews Shahid Chohan, a first year Computer Science major at UCLA, about his experience living in post 9/11 America and where he thinks Muslim Americans are headed.

Chohan: I was about eight and a half years old and I had just started the 3rd grade.

Chohan: Fortunately for me, I was young enough at the time that I was able to avoid the kind of hatred faced by many older Muslim Americans. By the time I was in middle school and high school, the majority of my peers were able to make the distinction between the radical ideologies which a minority claims to be “Islam” and the peaceful religion which is practiced by over one billion people.

Chohan: I believe there’s a fine line between reasonable suspicion and religious profiling. Primarily, I am outraged by certain legislation which in my opinion has far overstepped its boundaries in regards to ensuring domestic security. Additionally, I believe that there is a problem in how Muslims are being targeted. What is being called religious profiling is really more racial profiling in nature. The truth is, an Arab man, Muslim or not, is a much more likely target of profiling than a Malaysian or Chinese Muslim. This is largely due to the media perpetuating a certain image of what a Muslim “looks like”, which is a completely absurd to me as Muslims come in all shapes, colors, and sizes.

A-T: In what ways has 9/11 changed you? Did it affect your interaction with society (Non-Muslims and Muslims)?

Chohan: It did not really change my interaction with Muslims as much as it did with non-Muslims. I sometimes feel the need to intervene or clarify on behalf of others when I sense a discussion may be taking a turn for the worst. You can see this happening on a larger scale with more interfaith councils and forums taking place. I think these kinds of efforts to raise awareness are important in that they do more than just promote tolerance, they promote acceptance.

Chohan: While I tended to conceal my faith out of fear of being teased when I was younger, I became more open about being a Muslim as I grew older. Towards the end of high school, I decided to grow out my beard. This not only had the effect of me being more confident in my faith, but it also proved to be a source of healthy discussion among those who were curious. You could say that 9/11 has had both a spiritual and physical effect on my identity.

Chohan: 9/11 was significant in that it brought to light a major problem in our Ummah. I think that it was a wake-up call that demonstrated to the whole world that a dangerous cancer was growing. Now it is one thing to dismiss the actions of radical militants and completely detach ourselves from their violence, but I believe that this is only a passive solution to a much more complicated problem. I think 9/11 has really taught us that we need to directly isolate and resolve the issues which are plaguing certain parts of the world. To me, combating the roots of terrorism should not be done through terroristic counter-terrorism. Instead, I believe more strongly in the approach of educating and enfranchising the general public to build a more stable political future.

A-T: Where do you think things are headed for Muslim Americans?

Chohan: Historically, America has had a strong civil rights tradition. Over time, various minority groups (Irish Americans, Jewish Americans, African Americans, etc.) have struggled, yet eventually assimilated into what is becoming a more egalitarian society. I believe that despite the many hardships our community has faced, with the growing efforts of positive social awareness groups, we’re headed in the right direction.