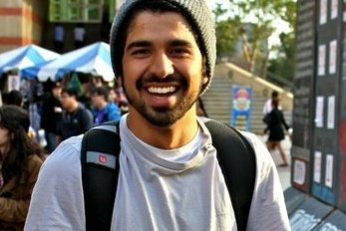 I’ve been watching a television show called The Wire and I’m thoroughly enthralled by it. It aired on HBO from 2002-2008, spanning five seasons and encompassing an enormous ensemble cast that altogether painted a very stark, very angry picture of modern day America. It dragged us Americans and forced us to look at the dilapidated metropolises we have left behind for the glitzy shores of California or the urban jungle of New York City, and created a ripple effect in city politics across the nation.

Baltimore, where the show is set, grew in the public eye and its plight as a city suddenly became the subject of media scorn and intelligent discussion. Other cities like it, such as Newark, NJ, also benefitted from the increase in attention.

Of course this is all conjecture and I’m assuming that the coincidental airing of The Wire and the renewed focus on America’s dying cities are causal. So, let me run with it as metaphor instead.  When the two towers fell and America, for one moment collectively stood still in silent, rapt horror, Muslims across the West were forced to look long and hard at themselves in a mirror forged by the fires of those passenger jets.

Because that’s what Islam, and any other religion, ultimately is. It is an institution founded for the purpose of leading us into heaven, back into God’s (swt) arms.

Now, why is it that I singled out Muslims? It’s not like they were the only ones who died that momentous day. Well, I do this because on that day I received a very personal threat that none of my non-Muslim friends understood or could understand then. The Islamic nationalists who flung those jets into those towers had roared at me, my family, and all other Western Muslims that our days of practicing non-Wahabbi, and thus in their minds non-Islamic, traditions were over.

This is something many non-Muslims don’t understand: the attacks of September 11th were salvos in an ongoing Islamic Civil War between multiple sides in a 1400 year-old debate over the meaning of a religion. Heavy, I know.

And so there I was, eleven years old and asked to comprehend a religion I only practiced out of rote habit. I was asked to look at 1400 years of history and either profusely apologize, pledge allegiance to freedom fries, and eat BBQ pork…or start wearing a kufi, stop speaking to women and grow a beard.

In deciding to go down neither path, I chose a much harder life. I chose to walk a fine line between Muslim and non-Muslim, dancing around the penumbra of sin while bowing my head to God (swt) as many times a day as I could. But I chose this path because when I looked in the mirror I didn’t just see a beard. I didn’t just see red, white and blue. I saw a very Asian, born in white suburbia little boy with two Iranian names, Indian looks, Afghan heritage and a Muslim soul. Damn me if I walked out on that.

And that’s my hope, my dream, my ardent, desperate wish for my fellow Muslims, especially those who are my age.  When you look in the mirror at the cracked and broken institution of Islam so battered by political typhoons and theological earthquakes, I beg of you to see the same amalgam I saw.  Or rather came to see.

You are not just Muslim, nor are you just Western. You are a distinct breed, unique and special and wondrous. We, this new generation born from immigrants and forced to walk through the fire of xenophobia, are bursting with raw, unfettered potential. Don’t waste it on becoming one or the other, on choosing between heritages. Force the two to mix, smash them together and whatever comes out will be better than what was put in.

For pity’s sake that’s what the Prophet (pbuh) did in Medina and he did pretty well for himself, didn’t he?