Growing up Muslim post 9/11: Hiding my Arab and Muslim Identity 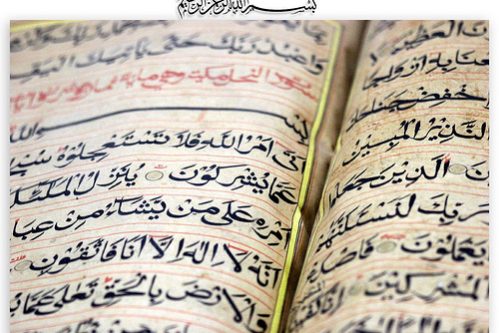 Al-Talib interviews Bayan Abusneineh, a third year Political Science major at UCLA, about how she and her family dealt with their Muslim and Arab identity in the US after 9/11.

A-T: Tell me where you were when the attacks first happened.

Abusneineh: It was about 6 o’clock and I was getting ready for school. I went over to the family room so I could go to the kitchen and eat, and I saw my mom standing there with the remote and this look that, “Oh crap, something happened.” She called, “Bayan, come see this, come see this!” She called my brother, my dad was at work so he wasn’t there, and we were all just looking. It was really interesting because we were looking at the first plane crash when the second plane actually hit. I was really upset. We all went to school, and we were watching the news the entire day at school. We were only in fifth grade but we understood that something really bad happened to our country and it affected a lot of people. Many people were even crying in class.

A-T: When did you figure out the attackers were Muslim?

Abusneineh: I remember my mom stating something in the beginning, like, “Oh shoot, we’re going to get blamed for this.” I didn’t understand what that meant. I had trouble with this one boy from the year before, and he used to come up to me and make fun of me for being Arab all the time. He came up to me when I was crying that day and asked me, “Why are you crying? It was probably your uncle who did this…” After 9/11 his insults became a lot worse, and he used to really bother me. I actually got into my first fight with that individual that year because of this.

A-T: Did you start to feel the effects on the Muslim and Arab community right away?

Abusneineh: I did because of my family members. My immediate family, we don’t look Muslim but people know we’re Arab. Some of our neighbors stopped talking to us at first. My cousins did wear the headscarf. One of them was walking home from school at one point and some guy swerved to almost hit her, and she had to run up to the concrete. He almost hit her, and he started yelling at her, “You terrorist, go back to your country.” My cousins were new to the country. It was at the time they were moving here that all this happened.

A-T: Do you feel like the attacks changed your family?

Abusneineh: I did. I noticed my own mother or my father become a lot more paranoid. I remember they wouldn’t be openly praying outside anymore. We tried to keep it quiet  that we had Arab roots in Palestine, we would just say that we’re from the Middle East. Our word choices changed and things like that.

A-T: Did you notice that it changed peoples’ religiosity levels?

Abusneineh: Definitely, especially within my own family. I think we started becoming more secular. We started shying away from people that were Muslim, we stopped hanging out with hijabis (women who wear the headscarf) as much, we wouldn’t go to the mosque as often, things like that. We were just really paranoid. I think it escalated after we took a trip to Jordan in 2002. Arabs and Muslims had problems in the airport and we especially noticed it. We don’t wear the headscarf or anything, but our last name says it all. We were “randomly” searched, we were put to the side, we had to open our arms and they patted us down forever.  We were scared we were going to miss our flight because they searched us for a really long time. That’s when I noticed there was a problem with me being Muslim or Arab in this country.

A-T: Is there anything else you’d like to say?

Abusneineh: Muslims and Arabs are still targets till today, not as bad as before, but I’ve seen a lot of Muslims become secular because of fear of the United States. It’s even had an effect on me and my family. It would be very difficult for me, even if I wanted to, to put the headscarf on because that’s part of it. My own mother says, “I’m from the Middle East,” instead of saying, “I’m Palestinian,” “I’m Jordanian,” or “I’m Muslim.” It’s taking a toll on our identity and I think that’s something we should never, ever have to compromise and be afraid of, ever.