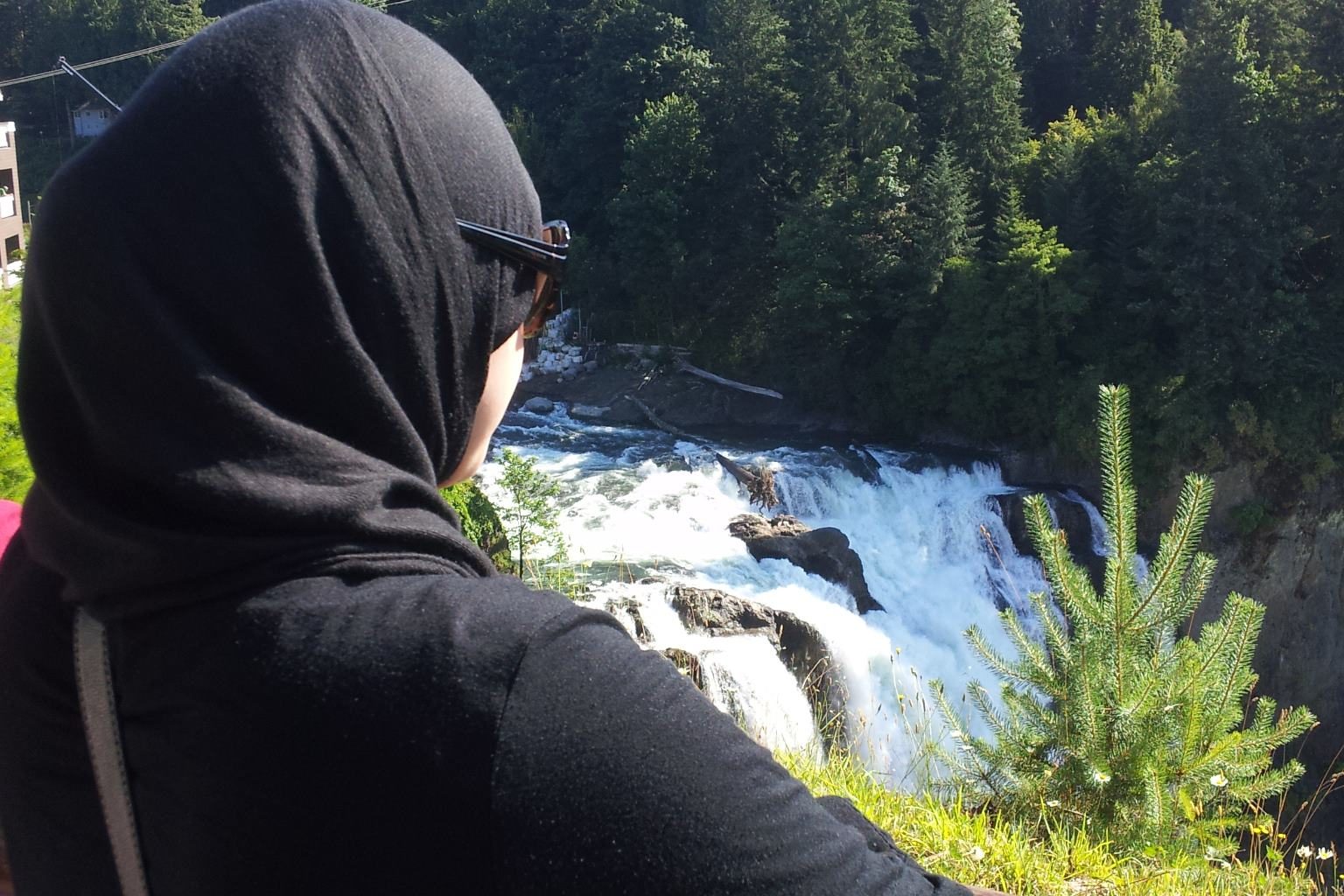 Al-Talib interviews Asma’a Ayesh, a third year business student at Washington State University-Pullman, about how it was like growing up Muslim in the US. Ayesh shares her encounters with hate and ignorance from other Americans and hopes they see that she is an American like them.

A-T:  Where you were when the attacks first happened?

Ayesh: I was in fifth grade and I was still sleeping. I think it was 7 in the morning. I woke up and my entire family, even my cousins, were at our house watching the news. I went to school and everybody was talking about it.

A-T: Did you feel the effects of September 11th right away?

Ayesh: Yeah, I have family that lived in the East Coast so it was scary. Just hearing all the kids talking… there was this one kid at school, who was telling us his mom was in New York at the time, had a breakdown at school and was crying.

A-T: Can you tell about how your family was on the East Coast?

Ayesh: It was difficult for them, because they wear hijab and stuff. People were always making rude comments and it was really hard on them. We were getting that all the way in Washington, it was worse over there and it was scary. They wouldn’t go out alone anymore at night, it was hard for them.

A-T: Did you feel the effects right away?

Ayesh: Yeah, there was this kid in my class who was mad at me during recess and he told me my family was the one that did the bombings. I was 11 years old at the time and I didn’t know how to respond to that.

Ayesh: Nothing changed, there was just worry that somebody would bother us because we wore hijab. One time my friends and I passed by a couple of guys sitting at a café in the mall, and one of the guys called us ” you f***ing terrorists.” We were so shocked that anybody would say that to us. We were just a bunch of little girls, we had nothing to do with it [9/11 attacks]. My friend, Haifa, she went up to him, and started talking to him and telling him about Islam, the meaning of Islam. That we had nothing to do with the attacks, and that he shouldn’t judge an entire nation of people because of the acts of one man. He just apologized and that was it. Just a few comments here and there.

A-T: Did you notice changes in Muslims’ religiosity? Maybe people became secular, less practicing, stopped going to the mosque, started taking off their hijab, anything like that?

Ayesh: I was still little, so I didn’t really notice those things. I kept wearing hijab: I wore it at a young age and I still wore it. It was my choice to want to take it off or not, but I didn’t see any reason to [take it off] because it wasn’t threatening.

A-T: How do you think 9/11 changed things for our generation?

Ayesh: I feel like people judge before they really know who you are. In school, I’m the last person to get a partner in class, because I’m “weird” .Or on the bus, I have a really open seat next to the air conditioning, but they’ll [other passengers] see me sitting next to it, and they’ll just keep on walking. It’s just the little things. I feel like we[Muslims] have to go an extra mile with everything, and it’s harder on us than anyone else.

Ayesh: I felt that people hated me because I was Muslim, and they didn’t even know what it meant. To them, any Muslim was a terrorist. I feel it was the media that made them think that way because I have many friends now who tell me they’ve never had a Muslim friend and they’ve always thought differently [about Muslims]. I tell them, “I’m just the same as you.”

A-T: As the tenth anniversary approaches, how do you feel?

Ayesh: I read an article on how Muslims should stop apologizing for 9/11, and I was like that’s so true. The Columbine shooting and the child molesters that are priests, I don’t see any Catholic s or Christians apologizing. I don’t see why Muslims should apologize. Yes, it was a bad thing, but that does not represent Islam. In the Qur’an it says killing one innocent being is as if you have killed all mankind. It’s haram (forbidden). It’s not something we applaud. It had nothing to do with us, they were just crazy people. I feel bad that it happened, but I’d feel bad if anything else like that happened. I don’t feel like I have to say I’m sorry, it’s not like I personally knew the guy.