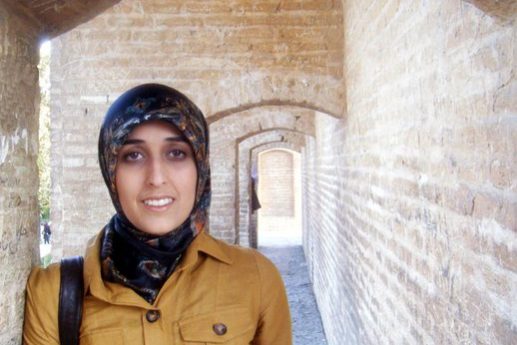 “Come on…get up…get up….HURRRYYY!” my dad was yelling at all of us, probably because we had all slept in again. I still wasn’t back on track with my schedule, getting over the jetlag from our summer travels, and really wasn’t looking forward to lugging my tired body over to school that day.

Little did I know that all of my dad’s commotion was over the horrid image that was flashing before our eyes on our television screen. It was the morning of September 11, 2011 and the unimaginable had occurred.

I was just 10 years old and the magnitude of destruction that was surrounding us was too harsh for me to handle. I was so consumed with mixed emotions and had no idea that every day that went on was going to get even worse.

We were just a bunch of fifth graders, discussing the horrifying events that had taken place that day. I soon realized that fingers were starting to be pointed, and the new word on everyone’s mind was “terrorist.”

A decade has passed since those tense moments of that September morning. I have just come to realize that the first decade of my life was defined as pre 9/11 and this second half of my life as post 9/11. My life had been split straight through the middle, changed forever since that defining day.

I did not wear a hijab then, to sense a direct change, however I became aware that people were now aware of us. People no longer assumed my mother was a nun or that she was just cold and liked to cover her head. No, they now identified us as “one of them.”

Whatever they thought of us or assumed us to be, I remember growing up that I would never allow others to define me for my religion. I wanted people to realize that I am just as much of an American as they were, and that my Muslim identity will not be put to shame.

The horrible events of 9/11 affected me greatly, both allowing me to mature as a young woman much earlier, and building up the courage in myself to represent Muslims in a new light.

It was vital to show the true faces of Islam, instead of the propaganda that was playing in the media every day. It was my goal to set a positive example in my every action, and show that I was not going to let my beliefs and religion get in the way of living a normal life as a young Muslim-American.