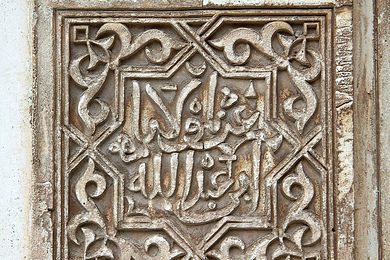 Musta`rab is literally defined as “Arabized”. After the Muslim conquest of the Iberian Peninsula, the Muslims very quickly consolidated their newly acquired territory by effectively integrating the indigenous Spanish population. Andalusia arose a hub of culture and sophistication. Naturally, by means of trans-cultural diffusion, the indigenous Spaniards inclined towards the culture of the Arabs and became known as Mozarabs (Anglicization of “musta`rab”).

While maintaining their creed, the Mozarabs absorbed the dress, language, and culture of the Muslims. They dressed in robes, grew their beards, and taught their children Arabic (which became more preferable to them than their own native tongue). They even went so far as to view Christianity and Islam as both equally legitimate religions despite the official Latin Christian view that Islam is heretical (Amira K. Bennison, The Great Caliphs). In a lamenting of the Christian condition, Paul Alvarus, a church elder of the 9th century wrote:

The Christians love to read the poems and romances of the Arabs; they study the Arab theologians and the philosophers, not to refute them, but to form a correct and elegant Arabic. Where is the layman who now reads the Latin commentaries on the Holy Scriptures, or who studies the Gospels, prophets, or apostles? Alas! All talented young Christians read and study with enthusiasm the Arab books; they gather immense libraries at great expense; they despise the Christian literature as unworthy of attention. They have forgotten their own language. For every one who can write a letter in Latin to a friend, there are a thousand who can express themselves in Arabic with elegance, and write better poems in this language than the Arabs themselves. (María Rosa Menocal, The Ornament of the World)

A teacher of mine, whom I hold with great admiration, Shaykh Hamza Karamali, said that if you were to take Paul Alvarus’s lament and exchange all the Christian terms for their Muslim equivalent and vice versa (exchange Christian with Muslim, Church with Mosque, etc), then this quote would be relevant to the Western Muslim’s condition today.

If you take the word musta’rab, and simply add a dot above the letter “`ayn” it becomes mustaghrab. Mustaghrab admits to two meanings: 1) westernized and 2) strange/curious. Indeed, the same phenomenon prevalent amongst Christians in Muslim Spain can be observed amongst Muslim living in the West today.  How strange it is that an individual cannot help but concede to the culture of authority.*

Special thanks to Shaykh Hamza Karamali who helped teach me to rise above the veil of cultural and intellectual suppression.