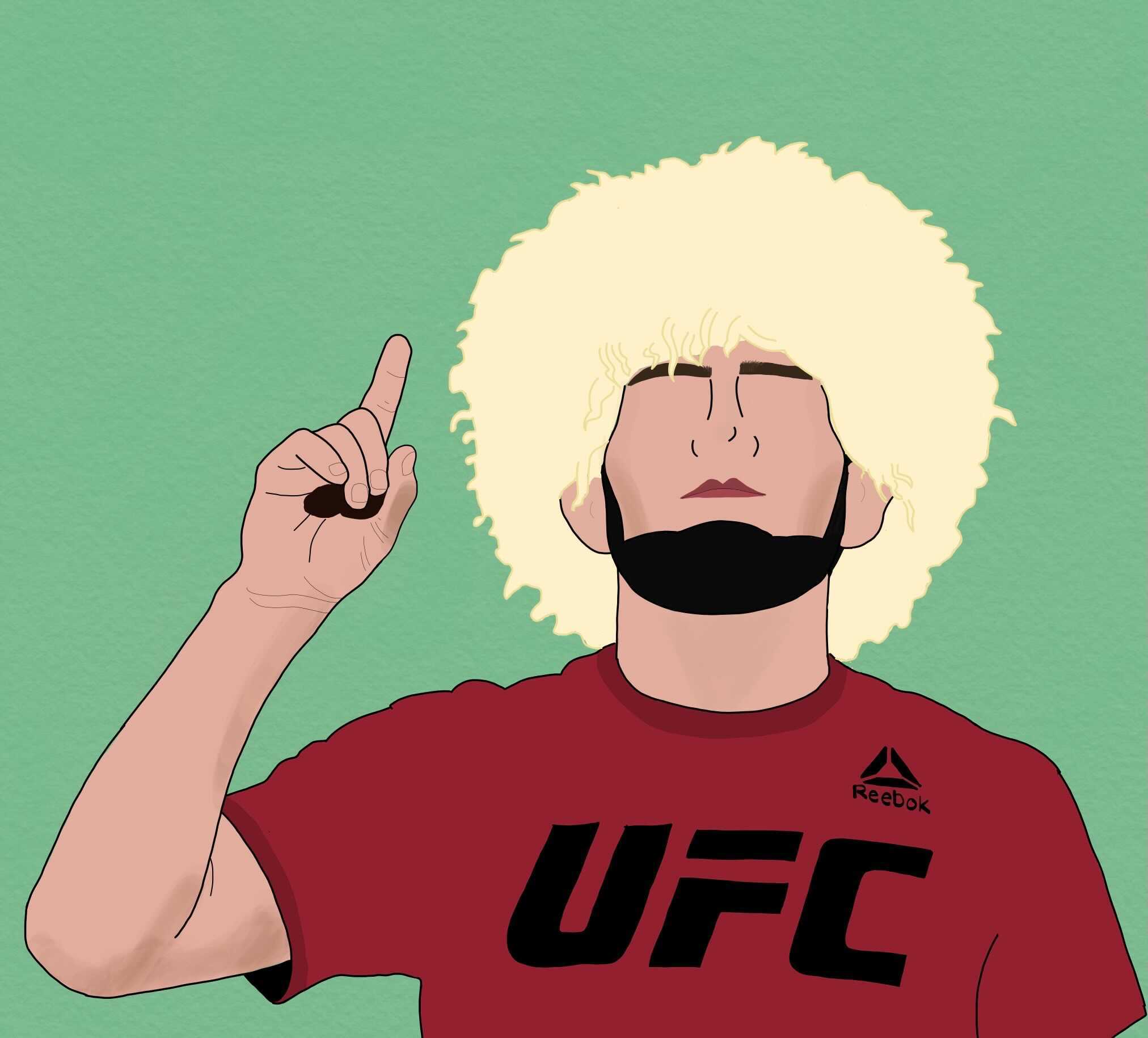 It’s no secret that Mixed Martial Arts (MMA) is a captivating and exciting sport to watch, and this year was no different. People from around the world gathered around their TV to observe one of the most anticipated fights in MMA history. The Muslim community was on edge and ready to see one of their own take the ring.

Khabib Nurmagomedov is a 32-year-old mixed martial artist hailing from the Republic of Dagestan in Russia. He is the first Muslim to win a UFC title and is widely regarded to be one of the greatest fighters in MMA history. With 29 wins and 0 losses, he has earned the nickname “The Eagle” and made a place for himself in the sports world. Along with being such a prominent figure in the MMA, Nurmagomedov never thought twice about his duties to Islam.

An important pillar of Islam is fasting, which takes place during the sacred month of Ramadan. Khabib was set on fasting, but that decision came with some restrictions. With the lack of energy from fasting, it can be difficult to keep up with training and competitions. Earlier this year, Nurmagomedov stated that he will not be fighting during Ramadan and the 45 days following the end of the holy month. He explained to ESPN that “I know my body, how it feels. That’s why I don’t fight during Ramadan and right after Ramadan. We need [a] minimum of 45 days to recover. We compete at such a high level.” Nurmagomedov went on to say that Ramadan is a time to pray and spend time with family. The UFC respected his wishes and scheduled fights to fit his needs. Nurmagomedov’s devotion to Islam is evident and serves as an example to aspiring Muslim athletes.

Khabib Nurmagomedov never sacrificed his religion for the sake of others and was proud of his roots. During matches, Nurmagomedov has been seen praying and pointing to God. Respecting one’s parents is emphasized in Islamic teachings, and Nurmagomedov’s appreciation for his parents is obvious. After losing his father to COVID-19 earlier this year, he decided to end his MMA career. After winning his last round, Nurmagomedov talked about his mother’s wishes and stated that “She didn’t want me to fight without [my] father, and I said this is my last fight—and I have given her my word.” He then addressed his opponent, Justin Gaethje, and told him, “Thank you so much, Justin. Be close with your parents, because you never know what is going to happen tomorrow.” Khabib’s unwavering love for his parents and religion captured the attention of many worldwide and set him apart from previous fighters.

Now, Khabib Nurmagomedov retires as an undefeated champion and perhaps one of the greatest MMA fighters of all time. His work ethic and devotion to his faith as a Muslim has made him an example for many. Khabib’s positive representation of Islam in such a competitive sport has paved the way for those who will come after him. For now, Nurmagomedov will take a well-deserved leave of absence and look back at his short but fruitful career.