More to Vote for than Clinton/Trump 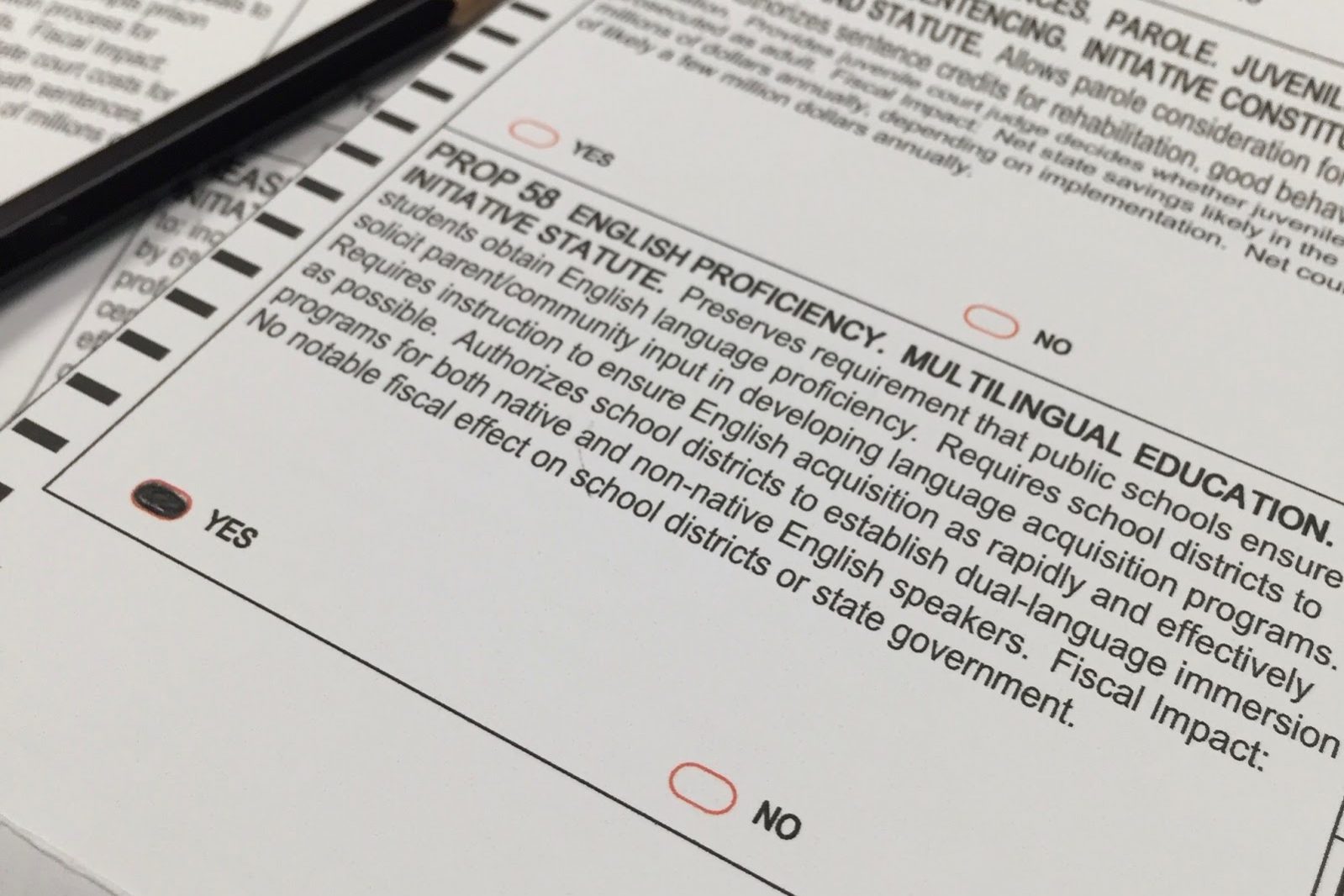 That’s part of the game of course. Following Trump soundbites is slightly more interesting than new referendums. Media coverage has gotten us hyped on the presidential campaign because it is sexier than talking about the mundane politics that hold more relevance to our everyday lives. Rock the vote only seems to apply to the President and we forget that there is a whole myriad of ballot propositions. I would argue that propositions are equally, if not more, important than voting for the president considering that the propositions can affect you in your own backyard.

Therefore it is highly problematic when people say that they are not going to vote, reasoning that their vote isn’t going to make a difference. That California is “obviously” going to have an electoral vote majority for Hillary. In contrast to an electoral vote, propositions are by direct vote so, quite literally, every vote counts.

I understand where people are coming from when they get excited (or jaded, really), about voting for the President. It gives us this sense of involvement on a national scale. By casting our ballot for the President of the United States, we become a part of this nation’s 200-year old history. By voting on the national platform, we become immortalized. We want our decisions to carry the magnitude of a national impact. We want to be a part of determining something greater and more tangible to us. We prefer “single causes” to explain change as opposed to the abstraction of multiple causation.

So what even is a ballot proposition? Ballot propositions allow us to either accept or reject an existing law – this is called a referendum. And if a law or constitutional amendment is being newly introduced, it is called an initiative.

A “YES” vote on this measure means public schools could more easily choose how to teach English learners-whether in English–only, bilingual, or other types of programs.

A “NO” vote on this measure means public schools would still be required to teach most English learners in English–only programs.”

The California Voter guide goes on to explain that, “teachers, parents, school principals, local school board members, and Governor Jerry Brown support Proposition 58 to help students learn English as quickly as possible and expand opportunities for English speakers to master a second language. Proposition 58 gives school districts local control to choose the most effective instruction methods for their students.”

There are a lot of background factors and many future repercussions of this proposition. This proposition actually originates in the Oakland Ebonics Controversy of 1998. At the time, African American students in Oakland schools were unjustly overrepresented in special education classes and 64% were made to repeat a grade. They also had a grade point average of 1.80 on the regular 4.0 scale – the lowest grade point average for any ethnic or racial group in that district. In order to combat this phenomena, the Oakland School Board decided to declare “African-American English” as a separate language. This was meant to establish the fact that the way they spoke was not wrong, or ungrammatical, just different – and should not be penalized. Controversy arose when claims of “cultural separateness” and “ruining the English language” were brought up. As a result, Proposition 227 was passed, which made it illegal to have an intensive bilingual program in public schools (although private schools were still allowed this privilege).

A “Yes” vote on Prop 58 would undo Prop 227 allowing public schools to create a bilingual curriculum that could greatly benefit those who speak a second language or just simply learn in a different manner. This referendum also brings about bigger points of what constitutes literacy. It is an injustice to dismiss the intellectual depth of a student because they do not articulate their thoughts in the preferred standard form of communication. For example, one can argue that the standard “academia” language that we tend to use in college essays does not accurately reflect how people actually talk. The legal scholar Patricia J. Williams picked up on the complexity of black English by writing in the New York Times, “Is so-called Received Standard American English what most Americans speak anyway?”

This naturally leads to the question: are we communicating what we want to say effectively? Or does it get lost in translation due to social biases in the form of language ideologies?

A language barrier should not be an obstacle to upward mobility. Unfortunately, we know that there are other forms of structural racism at work here, but expanding language immersion programs would help in the “assimilation” process.

It is easy to become cynical when working against a system that is not actually broken. This is not some sort of neglectful politics but actually quite strategic and planned. Fortunately, we do have some power in this matter. It resides in our vote. It is not a surprise that there is very little media coverage on these types of issues, and it is not a coincidence that gaining access to voting can be difficult.

The argument against voting Yes on Proposition 58 states that “standard” English makes it easier for students to succeed in college, but an article published by the US Department of Education makes it clear that bilingualism is a great asset to student success. “We have a growing body of research that makes clear that students who are bilingual have advantages, not only in their literacy development, but in the development of problem-solving skills and other areas of cognition. What we see now is that bilingualism is a gift that we can give to our students and to our communities.” [US Department of Education, Ed.gov]

A simple Yes vote on your ballot will be a step in the right direction that will potentially create a bigger impact than we can imagine. Currently, only private schools have the freedom to be completely bilingual without any program limitations. We need to extend this privilege to every public school in California.

So this is why Prop 58 is so important, because it tackles a very relevant issue – one with direct consequences. Unless you plan on starting a revolution, take that one hour on Tuesday to vote. Civic engagement is the platform where people have the chance to make their political voices heard – so if you’re not exercising your freedom to vote, don’t complain about not getting the results you want.

Regardless of you decision today, at least now you know the facts, and the history behind this Prop. Hopefully this article has taught you the importance of propositions, and why it is extremely important to GO VOTE TODAY.