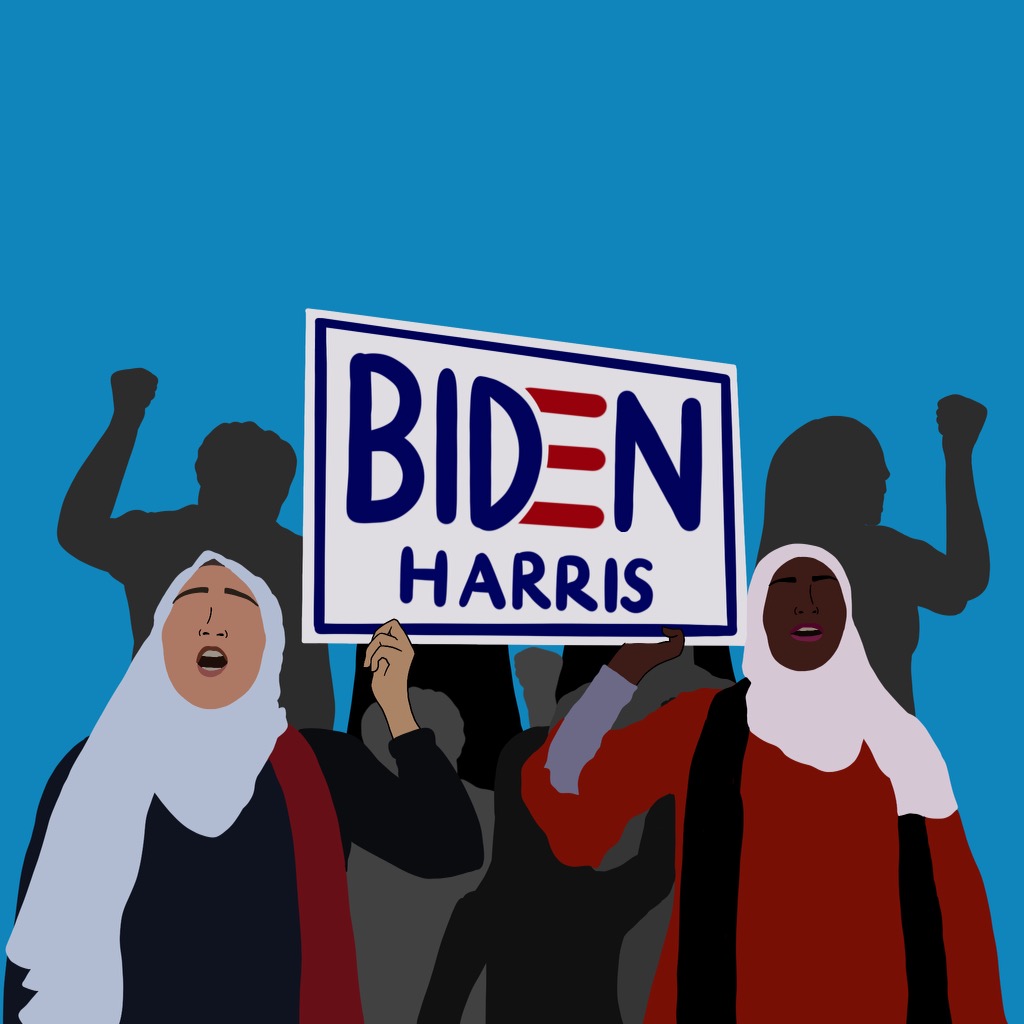 The presidential election dragged on in the beginning of November, with no clear indication of a projected winner. Thankfully, many of us can breathe now, as Biden was declared president at a 273-214 margin after his victory in Pennsylvania. In addition to Pennsylvania, Biden won key battleground states like Wisconsin, Michigan, Arizona, Nevada, and Georgia. He breaks Obama’s record for the most votes ever cast for a U.S. presidential candidate, which is even more impressive considering the surge in U.S. COVID-19 cases. Still, this race highlights how divided our country is, fueled by an authoritarian leader like Trump who continues to promote hatred and bigotry.

The growing tension between the Democratic and Republican parties is extremely dangerous in a time where empathy and tolerance are diminishing. This polarization does not help either party; in fact, it dilutes our identities, assigning us rules and norms that we must follow if we identify with one. Sure, our political identities can be tied to factors like race, ethnicity, gender, and religion, but overall, being labelled a Democrat or Republican implies expectations and connotations that fail to touch on the complexity of diverse groups and individuals. So, our country faces an issue of not just politicizing our identities but using them to serve the interests of those in power.

Even so, various groups have shown that they can work together to make a mark. In particular, Muslim Americans casted their ballots in record numbers, where 69 percent voted for Biden, according to the Council of American-Islamic Relations (CAIR). With Trump’s history of anti-Muslim rhetoric, it is no surprise that Muslims lean toward Biden, who has promised to protect their constitutional rights.

Biden winning this election has made it clear that politics opens up opportunities for groups, especially marginalized ones, to make their voices heard and take action to advance change. Our country was on the brink of a second wave of authoritarianism under Trump, so it is more important than ever that we think about our values and continue to elect public officials who condemn oppressive ideologies. Since the political parties are more polarized than ever, it is our duty to vote diligently and recognize that it is precisely the diversity among communities like ours that unite us.

As Muslim Americans, we are often silenced and misunderstood because we are a minority, diverse group with diverse opinions and experiences. Our country is a melting pot, so it feels like Muslim voices are never at the forefront of significant discussions. But, as this election has shown us, we are and always will be political agents as long as we live in this country. It is up to us to make the right choices in elections like these to benefit our community, as well as future generations. Practicing our political rights is a progressive step toward developing our consciousness as Muslim Americans and deepening our country’s understanding and appreciation of our religious identities.