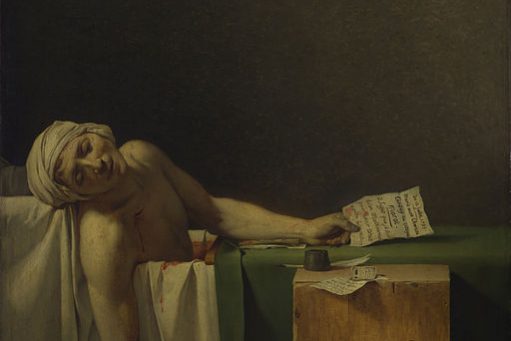 In the shadow of the murders of Yusor and Razan Abu-Salha and Deah Barakat, discrepancies in media representation of violence have become more glaring than ever. This tragedy has confirmed for us what many in the Muslim community already knew– that the lives of certain people are more valued, that there is a discourse within the media that privileges certain voices and events over others, and that an act of violence only becomes terrorism when it is committed by a Muslim. It is in this framework that we revisit another recent incident of terrorism, that of the Charlie Hebdo attack, taking a closer look at what was said, and perhaps more importantly, what was not said in the aftermath.

On Jan 7, Saïd and Chérif Kouachi entered the offices of satirical newspaper Charlie Hebdo in Paris, France and killed eight employees, two police officers, and two others. On Jan 8, Amedy Coulibaly, coordinating with the Kouachi brothers, killed a police officer. On Jan 9, Coulibaly entered a supermarket in Porte de Vincennes, killed four, taking 15 hostages in an attempt to guarantee the safety of the Kouachis, and was himself killed as the hostages were freed.

News of the attacks mobilized a historical amount of French citizens. On Jan 10 and 11, an estimated 3.7 million people rallied to honor those who lost their lives in the attacks, and to condemn the terrorists who had infringed upon the much hallowed right of “freedom of speech.” A primary motivation for this mobilization is the defense and justification for the activities of Charlie Hebdo. A common slogan used during the rallies and elsewhere since the attacks is “Je suis Charlie” (I am Charlie), signalling support not just with the victims and survivors of the Charlie Hebdo attack, but for the Charlie Hebdo journalistic project.

Circulation of Charlie Hebdo has increased from 60,000 to 7 million, moving from its small leftist niche to the mainstream. Its app which prior to the incident was rejected by Google and Apple for being too controversial has now been made massively available. Even more alarming perhaps for Muslim communities around the world has been the increased validation of Islamophobia, as reflected in the National Observatory of Islamaphobia’s recording of 116 anti-muslim acts in the three days after the event.

Despite the complex factors which contributed to this event, the primary story told, at least by American corporate media, is that of a conflict between censorship and free speech: a group of Muslim fanatics are offended by the work of a group of provocative journalists, and resort to violence to silence these journalists. What is missing from this is analysis are propositions of how to stop the violence.

When the Charlie Hebdo attacks are mainly discussed as an attack on free speech, no discussion, and therefore no progress, is made on addressing political violence. This prevents any of the action that is necessary to ensure a lasting peace: not for France, not for French Muslims, and not for anyone on the world. The terrorists would have won. (sweeping shock-factor statement optional)

When examining other historical instances of violence against media, a context of the mode of production (e.g. imperialism, feudalism) and other material conditions are often deemed necessary to understand and make moral judgements concerning those who took action in response to such violence; to ignore this framing in preference for a free-speech narrative in the Charlie Hebdo is not only inconsistent, but also dangerous. It neglects the systemic issues which have contributed to such events, bolsters the tired “clash of civilizations” narrative, and absolves us of the responsibility of interrogating our own complicity in furthering political violence.

The distinction ultimately lays in a rift between the layperson’s understanding of free speech, “the right to say whatever we want,” and its legal equivalent, which as we have discussed has differed widely over space and time. The French strain of free speech in fact prohibits the incitement of racial hatred and defamatory language (see the 1972 Pleven Act) and racist, xenophobe or anti-Semite activity (see the Gaysott Act of 1990). At the same time, it has been infamous for banning dissident films the most (in)famous being Pontecorvo’s Battle of Algiers, with others such as Guatier’s Afrique 50 not having its ban lifted as late as the 1990s.

Where are our considerations of the fact that the perpetrators of the act were in fact radicalized not in the distant lands of the Middle East but behind the bars of a French prison? With Charlie Hebdo’s massive debut in the mainstream, as evinced by its support by media giant LeMonde and its 7 million copy distribution, will dissemination of purposely inflammatory works validate Islamophobia and drive an increased malaise in Muslim communities worldwide? And what of the disillusionment and disengagement of Muslim youth in France who must now face the inevitable backlash of hate crimes, anti-immigrant sentiment, and further surveillance by the government?

These are but a few of the questions we have neglected to ask as a community in framing the incident as a free speech issue. And asking these questions is but the first step on a long and convoluted road towards healing. Next steps must then include dismantling the continuing effects of imperialism, for these act as the necessary precondition to all modern terror. Another next step must involve establishing mechanisms by which the largely dispossessed French Arabs may reclaim wealth and ideological influence in French society, thus precluding the need for vulgar violence. However, all of this cannot be done or planned as long we continue to allow America’s private media to saturate public discourse with the “free speech debate.”

The aftermath of Charlie Hebdo sought to fill the silence left by the departed authors with the clamor of free speech, not realizing that the voices advocating meaningful protest and systemic change had ultimately become the new victims.