Occupy Movements: Where are the Muslims? 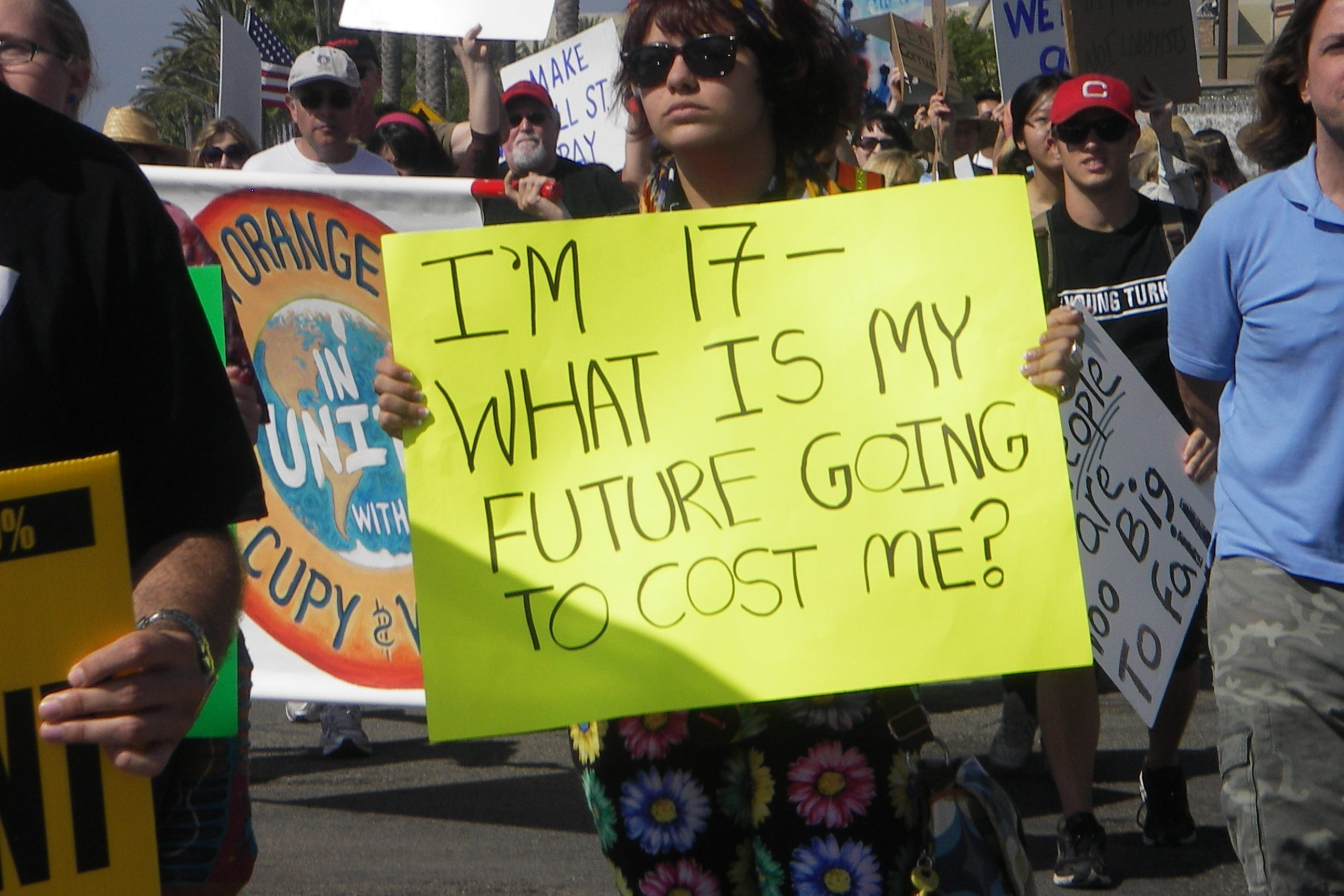 “Banks got bailed out, we got sold out!”

These were just a few of the frustrations and outcries heard on October 15, 2011, the national day of Wall Street protests occurring in, of all places, Irvine of conservative Orange County.

My family and I had all planned to make an effort to attend the Occupy Irvine protest and join the Occupy Wall Street movement that had begun in New York.

We were all joking about how conservative Orange County would probably not have as big of a turnout as Los Angeles would have, so we decided that Irvine might need our presence more than Los Angeles.

Thus, we spent our Saturday protesting against Wall Street in Irvine, in solidarity with the rest of the nation’s 99%.

We were surprised to find the protest packed. The crowd was very diverse and various different kinds of signs could be seen, from “I am 17—what is my future going to cost me?” to “I am an Afghan child, please stop dropping bombs on me.”

But, some people were missing… Where were my Muslim brothers and sisters at?

Martin Luther King, Jr. had said, “He who passively accepts evil is as much involved in it as he who helps to perpetrate it and he who accepts evil without protesting against it is really cooperating with it.”

As Malcolm X so intelligently said, “The future belongs to those who prepare for it today.”

It is time for us to strengthen our faiths by becoming involved and uniting with the 99% to speak out against the injustice and corruption that Wall Street is doing against us.

All photos taken by Nadia Afredi at the Occupy Irvine protest on October 15, 2011.