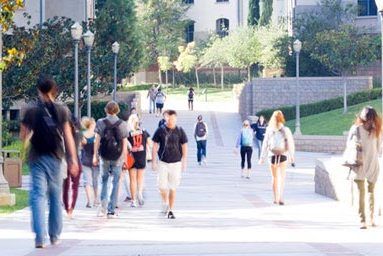 On the evening of Jan. 22, students of diverse backgrounds and affiliations gathered in De Neve Auditorium to voice concerns and engage in a community forum with representatives from the On Campus Housing Council (OCHC), Undergraduate Students Associate Council (USAC), and the various Student Media outlets.

The organizers hoped this community forum would be the first of many to address the concerns of students in order to better serve them.

Attendees suggested that OCHC should strive to make residents more aware about current issues and to help them break out of the “Westwood Bubble” that UCLA students tend to fall into – sometimes unaware of the poverty and low-income neighborhoods that surround them .

USAC President John Joanino was scrutinized in regards to the economic power of the university and the continued investment in companies that support questionable  practices such as the use of fossil fuels, the prison-to-school pipeline and human rights violations. Joanino said he had no definitive answer. Instead, he stated that the bureaucratic setup of the UC system leads to a lack of transparency and great strides still need to be made.

Jillian Beck, editor-in-chief of the Daily Bruin, answered tough questions by audience members. Some students voiced their concern that the newspaper seemed to be biased in some aspects —an allegation that Beck vehemently denied. Beck said she will delve deeper into issues that students rose such as lack of coverage of issues important to minority communities and the inability of organizations to freely submit opinion pieces.

Other student media outlets included the newsmagazines that represent various minority communities at UCLA including Al Talib, Ha-Am, La Gente, Pacific Ties, Nommo, Fem and Outwrite. The editor-in-chiefs of the newsmagazines said they seek to combat issues in their respective communities and give a more focused perspective on current events. Audience members suggested the newsmagazines should make an effort to collaborate more with one another and feature personal stories to provide readers with a more relatable perspective.

As students trickled out two hours later, representatives of the various organizations discussed the benefits of the forum amongst one another  and made plans to host more forums to further address student concerns.