Religion and Nationhood in South Asia 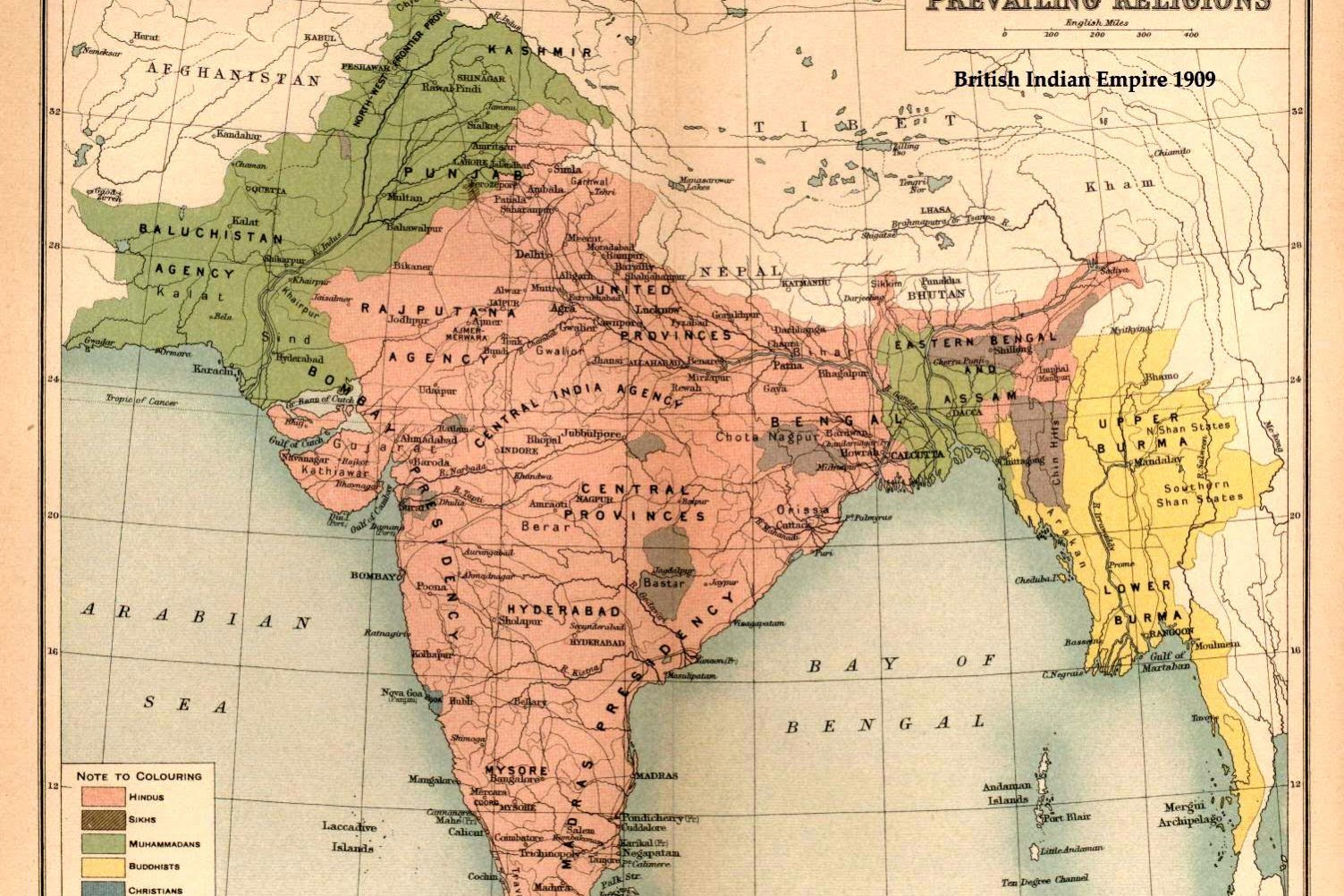 Stories of religion defining ‘us’ and ‘them’ in South Asia are not new. The political religious fractures underlying the societies in that region that we see today can arguably go back to the British colonial policies in the Indian sub-continent. During their colonization of India for two centuries, British administrators primarily categorized their subjects based on religion that differed from pre-colonial classifications [1]. They considered Muslims and Hindus as ‘two separate communities with distinct political interests’, viewing the former as a threat to the British rule [1]. The categorization of the Indian people based on religion was actualized through the census where questions on religious affiliation were introduced. Based on a ‘Divide and Rule’ framework, the British strategically developed different education, electorate, and civil service policies for each group, creating a Hindu-Muslim divide that gained political salience. Religion became a fundamental component in constructing nationalist ideas for both Hindus and Muslims even as the entire subcontinent fought together for independence from the British. Hindu-Muslim tensions rose, imploding in the 1947 Partition of Bengal along religious lines as carved by the withdrawing British forces. On one hand, India was predominantly Hindu. On the other hand, West Pakistan and East Pakistan (now Bangladesh) comprised one Muslim state but were geographically separated, located on either side of India. The partition pitted these states against each other, instigating large-scale massacres and forced migrations of both Hindus and Muslims across the borders as Hindus fled from Pakistan to India, and Muslims from India to Pakistan.

Again, despite their subscription to the same religion, East and West Pakistan were culturally, economically, politically, and ethnically different. Culturally, East Pakistan identified more with their geographic neighbor, India than with West Pakistan located over 2000 kilometers away. West Pakistan controlled the economy, political authority, and the state military, leading East Pakistan to claim economic and political emancipation. War ensued where ironically West Pakistan justified the genocide of East Pakistanis on religious grounds as they claimed to save the country’s Islamic ideals from neighboring India’s Hindu influence [2]. Eventually, after a nine-month war waged against West Pakistan with the help of India, East Pakistan gained independence as a sovereign nation-state, Bangladesh. Memories of these atrocities fueled by religion remain in the national consciousness of India, Pakistan, Bangladesh, and other nation-states in that region to this day.

So what does this history of colonization and politicized religious conflicts mean for us South Asians so may years later? Well, for one, our sense of nationhood today is still under construction based on the remnants of our colonized past. Religion still fuels how we distinguish ‘us’ from ‘others’, and how we justify our collective violence against other groups. This divisive mentality, always percolating beneath the surface, makes us vulnerable in the hands of power-hungry politicians who can swoop down when needed and stoke the fires of sectarianism. We also become vulnerable to outside forces as we are pitted against one another, so easily manipulated, oblivious to the larger game of power.

As news of ongoing violence in the name of religion (series of killings of secular bloggers in Bangladesh; the forced exile of the Rohingya Muslims from Burma/Myanmar; Hindu-Muslim riots in Uttar Pradesh, India; the continuing sectarian violence and suicide attacks in Pakistan) spills over beyond these territories, those of us so far away in the United States shudder with impotent horror, rage, frustration, guilt, and embarrassment. ‘But what can we do?’ we ask ourselves and move on.

Countless immigrants—even as they settle down in a foreign land, establish new friends, new communities, and new identities—are not uprooted from their homeland. They lead their lives with a dual framework, constantly comparing their experiences in the hostland with those they encountered back in their homeland. For their children, while they do not live in this dual framework, their parents’ homeland nonetheless constitutes a memory-space, be it through food, music, or fond stories of their recent visit to that country shared round the family dinner table. Yet, along with these warm memories come, often unbidden, prejudices embedded in the collective identity of their homeland nation. And that is the challenge we have in front of us, those who are here in the United States, a land far away from the political tensions and religious conflicts of the one our parents have come from. To remove ourselves from the clutches of religious politics and yet simultaneously remain aware of our positionality that allows us the privilege to do good, to make things a little better, in that far corner of the world that some of us still call ‘home’.

Tahseen Shams is a doctoral student of the Sociology Department at UCLA. She is a contributor for Al-Talib.