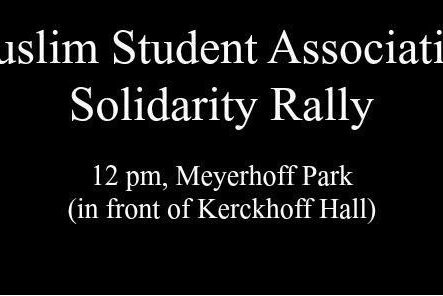 Fourteen people were killed and 22 were injured during the shooting at the Inland Regional Center in San Bernardino on December 2nd. The two shooters, Syed Rizwan Farook and Tashfeen Malik, identified as Muslims, which fueled a lot of anti-Muslim hate. Since the shooting, hate crimes against Muslims across America have been rising. Republican presidential candidate Donald Trump’s response to the shooting only made matters worse. Trump called for “a total and complete shutdown of Muslims entering the United States.” During his presidential campaign, he also proposed the surveillance of mosques and having a database filled with information about all Muslims living in the United States. Although his proposal was met with criticism from Republican and Democrat leaders, Trump stated that his plan has “tremendous support” from his followers. Anti-Muslim hate crimes have also been rising since the Paris attacks that took place on November 13th of this year.

There have been more than 60 reported hate crimes against Muslims following the Paris attacks and the San Bernardino shooting. Since the San Bernardino shooting, there have been 21 reported hate crimes against Muslims in Los Angeles. There are likely dozens of other Islamophobic hate crimes that go unreported. Having attacks like these take place close to home made many Muslim students feel worried and unsafe.

At noon of December 3rd, the Muslim Student Association (MSA) at UCLA held a solidarity rally at Meyerhoff Park. The rally was held to condemn the San Bernardino shooting, to mourn the victims of the shooting, to raise awareness of increasing Islamophobic attacks, and to discuss ways to support Muslim peers. Dozens of students showed up to express their sorrow over the tragedy and show their support to Muslim peers who are susceptible to being used as scapegoats for the tragedy.

The rally started with a recitation of verse 5:32 from the Quran. The verse states that “whoever kills a soul unless for a soul or for corruption [done] in the land – it is as if he had slain mankind entirely. And whoever saves one – it is as if he had saved mankind entirely.” The recitation goes to show that the MSA stands against the San Bernardino attackers and stands in solidarity with the victims of the attack.

Speakers at the rally also discussed the shooting that took place at Sandy Hook elementary school three years ago, where 20 students and 6 adult staff members were killed by Adam Lanza, a white male who did not cite a religious political agenda. This served as a reminder that the MSA stands in solidarity with all who are oppressed and victimized, not just those slain in the name of Islamic political opportunity.

The rally ended with a moment of silence to remember those who died in the San Bernardino shooting and to keep the victims and their families in our prayers.
The Muslim student body received support from their peers as well as faculty and on-campus organizations. The Community Programs Office at UCLA was extremely supportive and generous to the Muslim community. They offered rides back to dorms and apartments and after-hour access to the Student Activities Center. UCLA administration also allowed Muslims students to use the Bruin Reception Room as a prayer space, since many students felt unsafe praying outdoors at this time.

Janina Montero, Vice Chancellor for Student Affairs, sent out an email to the UCLA community “to urge a unified response in support of each other” following the San Bernardino shooting. She mentioned the MSA’s solidarity rally and stated: “Muslim students have been highly engaged and valued members of our community for many years, and their contributions continue to enrich our campus community. Muslim students at UCLA bear no relation to the extremists who have committed these acts of violence. Indeed, our campus community has demonstrated great care in supporting our Muslim students in the past, and it is critical that we do so at this time as well.”