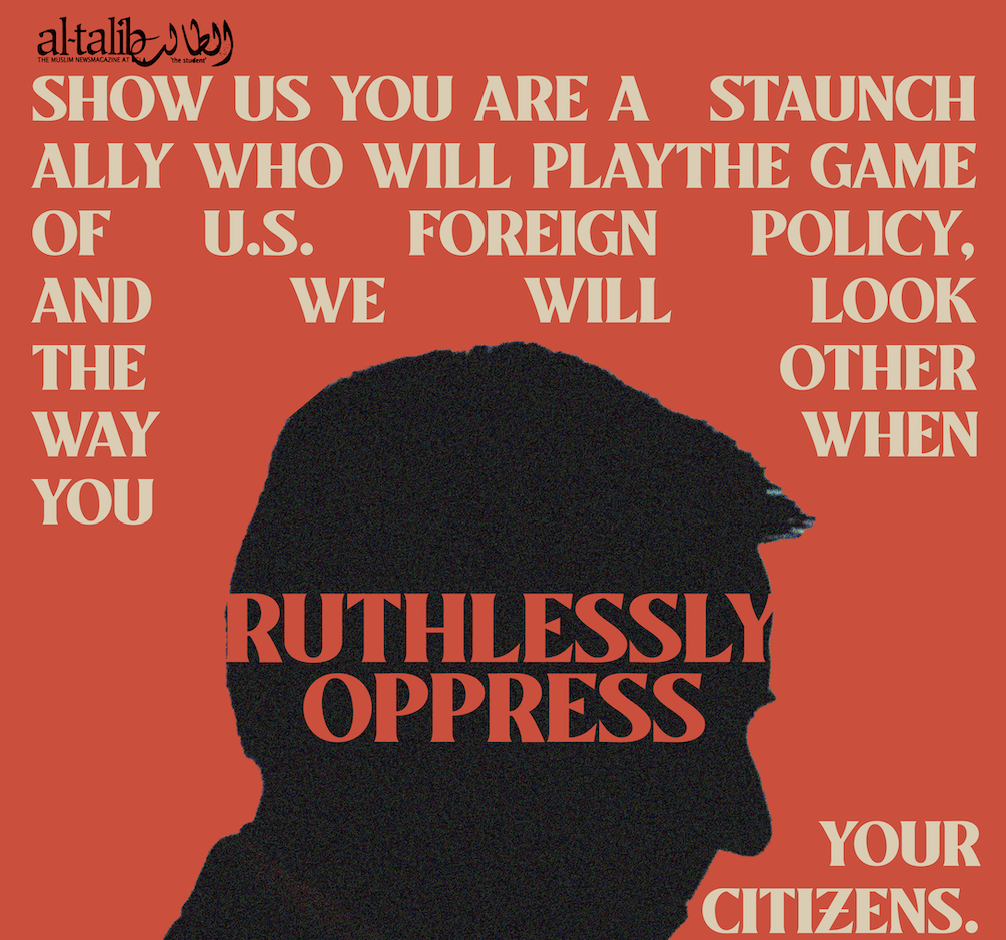 Let me be clear on one thing. I wholeheartedly stand behind transparency within governments and exposing human rights atrocities. The Iranian regime has a lengthy record of arresting journalists who criticize the government, executions, discrimination, religious and ethnic persecution, and more. Their enforcement of hijab impedes on women’s basic freedoms, and the Iranian regime must recognize and implement the basic rights of peaceful assembly and free speech.

As Americans, we should be proud of the fact that our President, our Representatives, and many mainstream American media outlets quickly reported the alleged crime of the Iranian morality police and called out the autocratic regime for their harsh response towards the demonstrators. My Instagram and Twitter feeds are flooded with posts of solidarity with Mahsa Amini and the struggle of women in Iran to assert their rights. This coverage (which in a civil society should be a given) is a blessing that supports the fight of Iranians and raises awareness for their struggles.

If you’ve never heard of Alaa Abd El Fattah; or Abdullah al-Huwaiti (a 14-year old boy sentenced to death in Saudi Arabia); or the hundreds of Palestinian chilren detained by Israeli authorities each year who are subject to physical and verbal abuse, including beatings and solitary confinement (the only children in the world who are systematically prosecuted through military, rather than civilian courts – with sentences upwards of 20 years for the act of throwing stones); why is that? Shouldn’t these names be mentioned with the same fervor as Mahsa Amini? Aren’t these human rights violations comparable to the alleged crime of the Iranian morality police?

When we peel back the layers of American media, the disproportionate coverage of the Middle East reveals a hidden agenda. Show us you are a staunch ally who will play the game of U.S. foreign policy, and we will look the other way when you ruthlessly oppress your citizens. The State Department will essentially ignore your human rights violations and the media – in tandem – will pay some lip service and then move on to highlight the atrocities of the “real” bad actors on the world stage. One obvious example is our quid-pro-quo with Saudi: oil in exchange for military support and turning a blind eye to human rights violations. The ‘we stand for Iranian human rights’ statements ring hollow because there will never be a genuine ‘we stand for Saudi or Egyptian human rights.’

Simply put, our government’s interest in the region has never been about human rights. If it were, we would have withheld the full $300 million in aid to Egypt that was contingent on an improvement in human rights. The quick sanctioning of Iranian morality police for a crime that hasn’t been officially investigated or confirmed would be carried over to the IDF for the proven, deliberate murder of Shireen Abu Akleh. President Biden, instead of fist-bumping Crown Prince Mohammed bin Salman, would have held Saudi Arabia accountable for its gruesome record of torture, detention, and executions.

The selective response from media sources and U.S. officials reeks of hypocrisy. Our government has mastered the tactic of placing value on human rights through the lens of strategic political interest. The words “conflict” and “Middle East” have become synonymous, and sometimes it seems as though we believe conflict in the Middle East is inherent – unavoidable. The irony is how our nation plays a direct role in so many of these conflicts. The American “War on Terror” is the most notable recent example, a revolting decision that resulted in disaster and the deaths of at least 900,000 people.

Iran is no exception. It’s difficult to imagine, but once upon a time our nation had a flourishing relationship with the shah of Iran. The western-obsessed shah was at America’s beck and call. So when a modern, nationalist prime minister (who was appointed democratically by the elected Parliament) by the name of Mohammad Mossadegh spoke out against the British monopoly over Iran’s oil supply and promised the return of Iranian oil to its people, a sinister response ensued. Enter ‘Operation-Ajax’, a 1953 CIA and British Intelligence operation to stage a coup and overthrow Mossadegh.

This map shows the disposition of bands of “ruffians,” paid to demonstrate by coup organizers, early on August 19, 1953. (De-classified CIA documents, National Archive)

When the government in Iran didn’t have an agenda benefitting us, we directly interfered and overthrew the Prime Minister. The coup was effective: Mossadegh was court-martialed and exiled to house arrest, and the shah returned. The result? Iranian oil was once again handed over to the British and Americans, and a country that was on its way to a stable democracy had all hopes of such a dream dashed. The reinstated shah continued his pro-Western agenda, receiving unconditional support from the United States (In the 60’s and 70’s Iran was the largest partner of the U.S. Foreign Military Sales (FMS) Program). However, this American victory was short-lived, as the shah grew more and more ambitious in his modernization and spending, Iran was faced with the devastating consequences of hyper-growth. The inflation, corruption, and income inequality paired with the shah’s rising autocratic policies (SAVAK, the secret police, would suppress any opposition to his rule) resulted in the 1979 revolution. Millions, from all levels of society, poured into the streets to overthrow the shah, obviously fed up with his rule. The shah fled, seeking exile with his good friends the Americans.

One autocratic regime, embassy hostage crisis, and Iran-Contra affair later, and we’ve arrived at the disintegrated relationship between the United States and Iran. Loud critiques of the Iranian government and the Supreme Leader resonate in our country. We have tens of millions of dollars specifically allocated to fund American news sources in Iran. Debilitating sanctions hold Iran in a chokehold, crumbling its economy and the livelihoods of its people.

Today, the media outrage over the recent events in Iran is another example of the ever-present skewed reporting in our country. The unspoken agreement between Saudi Arabia, Egypt, Israel, and the U.S. doesn’t exist with Iran, and our media and journalists largely follow the agenda of the State Department. Media coverage of the protests in Iran contributes directly to the overarching political agenda of the establishment: to destabilize Iran and a regime that isn’t acting within the bounds of American policy in the Middle East. The unconditional support for the demonstrators, while positive, is absent when Palestinians protest Israeli crimes, or when Egyptians protest unlawful arrests. This lack of even-handedness provides ammunition to the perpetrators who point out the hypocrisy of the United States and ends up diminishing our credibility on the world stage – not to mention doing a disservice to so many other victims around the world. The double standards of U.S. foreign policy in the Middle East are on full display. And the sad truth is, if Iran was a client state like Saudi Arabia – the name Mahsa Amini would mean nothing to you.