The Country Where Humanity Dies 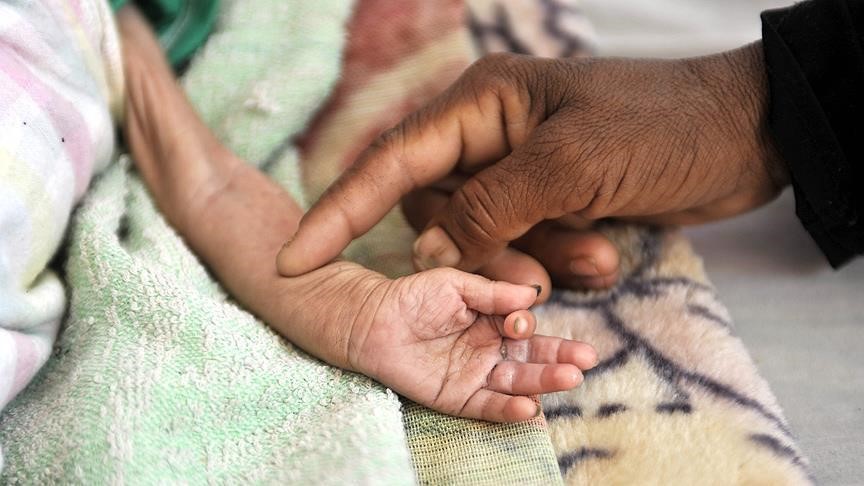 Over there is Yemen, its rose is fenugreek
Those who go never return, Why?

Yemen is a country set at the southeastern portion of the Arabian Peninsula and is bordered by Saudi Arabia to the north, the Red Sea to the west, the Gulf of Aden and Guardafui Channel to the south, and the Arabian Sea and Oman to the east. Yemen has been influenced by the Arab Spring since 2015, but it is difficult to say that there is a spring there now. The Civil War still continues, and this time the main reason for the conflict between groups seems different than other countries that have experienced civil wars during the Arab Spring.

As Burhanettin Duran explains “The country [Yemen], where the Arab Spring led to a mild transition embodied by former President Ali Abdullah Salih’s replacement with Vice President Abdurabbu Mansour Hadi, had endured political turmoil for some time. With the Iranian-backed Houthi Movement seizing Sanaa and moving toward Aden, the country came to the brink of civil war”(2015).(3) This is the moment when the unrest began, but the motives for civil war are still unclear. The Republic of Yemen is not as rich as other countries in the Arabian Peninsula because oil and any other possible  underground resources have not been explored yet.(4) So, money does not seem to be the motivation of the Civil War.

Although at first glance it looks like the collision has been sourced by religious sectarians, the main problem is the proxy conflict between Iran and Saudi Arabia. (5) Martin Reardon (2015) explains “And with a population that is 35 percent Shia, Yemen could serve as a potentially friendly base of operations in Iran’s rivalry against Saudi Arabia.”(6) Both countries are interested in Yemen because they are searching for a loyal base to support them on their respective sides of the conflict. Iran is relying on the Shia population and neither of the Arab powers is willing to back down. Since Saudi Arabia and Iran are rivals, Saudi Arabia does not want an Iranian ally geographically adjacent to them.(7) So, while Iran is feeding the Houthi Movement, Saudi Arabia is providing weapons and food to groups fighting against the Houthis.

On the other hand, there are many family tribes in  the south of Yemen that believe in ideologies similar to Marxism, like the Ihvan-i-Muslimin and other groups, and are also supported by different countries.(10)

Unfortunately, the group that is suffering the most in this ongoing civil war is civilians caught in the middle, especially children. The population of Yemen is 28,000,000, and almost half of this number is made up of children.(11) Since the several factions within Yemen do not allow humanitarian aid to enter the country, one of the most pressing humanitarian crises in the world is widespread hunger in Yemen. People are eating leaves to stay alive and do not have access to clean water. Children are dying because of the scarcity of food.(7) According to a report by the United Nations, between 26 March 2015 and 8 November 2018, there have been a total of 17,640 civilian casualties in Yemen, and the majority of these casualties – 10,852 – resulted from airstrikes carried out by the Saudi-led Coalition. (8)

The United Nations attempted to build a coalition between the several factions within Yemen and set a meeting between these groups in Sweden on the 9th of December, 2018.(9) However, according to Elisabeth Kendall, a Yemen specialist from the University of Oxford, and Hussain Al Bukhaiti, Houthi affairs specialist, peace will not be created easily because of the insistence of Iran and Saudi Arabia. (10)

As a Muslim, I want to stay optimistic despite everything, and I believe that peace will come soon. I also believe that when we learn about a humanitarian crisis, we are responsible to be a part of the solution.

Until peace comes, I will focus on what I can contribute as a student. I can be their voice here, as an Al-Talib writer, and I can try to raise awareness about the humanitarian crisis. We can donate to charity organizations that provide aid to Yemen. We can fundraise through organizations with other students. And, last but not least, we can pray for them. Dear Al-Talib reader, please think about what you can do!

You can do more than you think. You need only to think and to start even if you feel alone. Small efforts can make huge differences even if nobody helps you to stay motivated. If no one hears you, remember that Allah hears just as you have heard the silent cry of a child in Yemen who has no energy to cry loudly because of hunger. If no one is with you, Allah is. Be with the people who need you, and Allah will be with you when you need Him, Insha’Allah.