The Power of Ideas 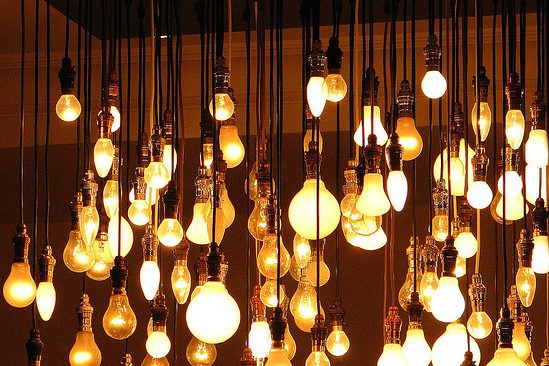 [dropcap]A[/dropcap] few months ago I had breakfast with an old friend, Jeet Banerjee. Really quick background on Jeet: He is a 21-year-old, successful entrepreneur who has launched a few startups. He manages his own business, authors and successfully publishes books, and attends school (although he is temporarily putting this on hold due to his success in entrepreneurship). He’s been doing this since he was seventeen.

At breakfast, we discussed why Jeet got started with entrepreneurship, how he came to where he is now, and what it was that he exactly did. I was surprised to discover that the idea Jeet had developed into a successful business was an idea I had once thought of as well. Most people have probably had a similar, if not the same, idea.

I just could not believe that sort of idea could come to fruition – especially because I was still in high school when I thought of it. But Jeet formed a company out of his idea in his senior year of high school. I often used to say, “I’m 19 years old and have yet to do something substantial with my life. Zuckerberg was 21 when he began Facebook. That means I only have a couple of years to catch up!”

Well, now I’m 20, and the drive to do something has only increased as the days have passed. How was Jeet able to take an idea at 17 and develop it into something tangible? He is the same age as I am, he grew up in the same society as I did, he had about the same opportunities I did – our circumstances are very similar.

Stories of successful, talented young entrepreneurs are all over the web. Many of us have looked at these entrepreneurs and thought to ourselves, “I could have done the same thing.” But we haven’t allowed our ideas to transform into something real.

This made me think: How did they do it? Sure they had ideas, but many people have ideas – I certainly have ideas. I shared these musings with Jeet. I had thought of an idea similar to his, yet I’m still stuck saying, “I’m 20 years old and have yet to do something substantial with my life.”

“What kind of advice do you have for me?” I said.

I expected the typical entrepreneur spiel: you have to work hard, you have to realize not everyone can do it, etc. But instead of the classic response, Jeet taught me an immensely valuable lesson. An idea is utterly pointless unless it’s executed. Whether it’s executed successfully or not is another question, but investing in work to actualize an idea is a powerful concept.

I might have a brilliant idea, but it will rot in my mind unless it’s executed. We know ideas impact society in significant ways, but without execution, they can never possess that power. Those of us who are aspiring entrepreneurs, we need to take the next step: we need to execute our ideas.

All of us have ideas, but how many of us actually make them more than words? Let’s talk about this. What are some tangible, practical methods you use to develop ideas? How do you stay motivated to successfully execute those ideas?