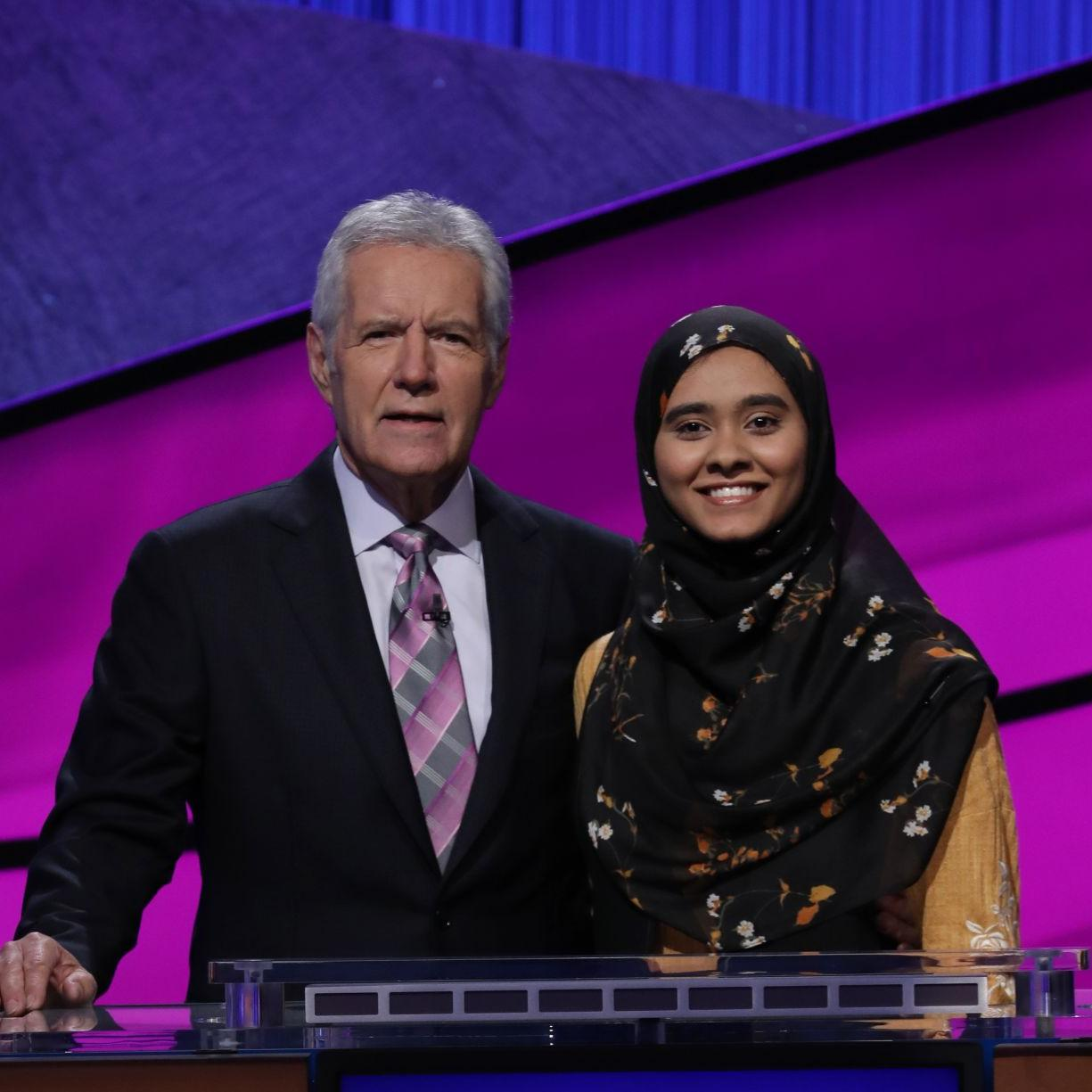 It was less that Alex Trebek was famous because of Jeopardy!, and more that the show became what it is because of him.

The show we know as Jeopardy! today actually got its start in the sixties when executive producer Merv Griffin pitched it under the name What’s the Question? during development. Art Fleming hosted this early version of Jeopardy! until 1975. Alex Trebek hosted the modern version of the show from its premiere in 1984 till this year, and over the decades Jeopardy! steadily became a veritable touchstone of American pop culture.

When I was little, though, I didn’t know any of that history. All I knew was that the show with the funky blue squares gave me really fun questions to answer – or rather, answers to question. For years in my house, the thirty minute block starting at seven p.m. was Jeopardy! time. My family sat together in front of the television, yelling answers before Alex finished reading clues and debating Final Jeopardy! responses. I got to know both the schadenfreude of getting a clue right that none of the contestants attempted, and the mortification of not knowing a single answer from the classic film categories.

When I applied to be on the show in high school, I knew it was a long shot: out of the tens of thousands who took the test, only a few hundred got to live audition, and then only thirty would be selected. Imagine my surprise when a month after the live audition, I got a phone call from the company informing me that they wanted me to participate in the Teen Tournament. My elation knew no bounds. The days I spent on the Jeopardy! set are some of the most treasured memories of my nineteen years.

There are no words to describe the moment when all of us young contestants gathered behind the podiums and saw Alex in person for the first time. I am only one of the countless people who have stood behind those podiums, but I feel that every other contestant, past and present, would agree when I say that Alex Trebek is the sort of person that makes a lasting impact on you.

He had a measured way of speaking, never wasting his words. His voice sounded deeper in person, but that may have just been my perception. He was also uproariously funny, in that deadpan way of his – during breaks he would joke with the audience and answer questions, and half the time had them in stitches. But when he was serious, there was a certain gravitas in his demeanor and his speech – when he spoke, people quieted, and listened. Hung onto every word.

I’ll never forget the way that, near the end of the tournament, Alex looked at us teen contestants, and then at our parents. Emotion thick in his voice, he thanked them for raising us to be intelligent and kind.

It was only months after the taping of that tournament, in early 2019, that Alex first announced his diagnosis with pancreatic cancer. He handled it the way he handled everything else: with the utmost grace and equanimity. “I’m going to fight this,” he said in a YouTube clip. “And I’m going to keep working and with the love and support of my family and friends — and with the help of your prayers also — I plan to beat the low survival rate statistics for this disease.” And fight he did, continuing to tape the show for many months afterward. He died on Sunday morning, November 8th, 2020, at 80 years old.

Today, a nation mourns one of its most celebrated figures on TV. Yet we also celebrate the things that he espoused: the vivacity with which he embraced life, the curiosity he sparked in so many. Now and forever, I’m honored to have had the chance to meet him.