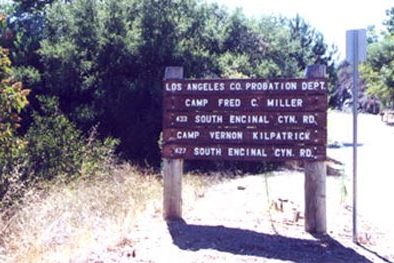 The statistics are shocking. The Incarcerated Youth Tutorial Program’s (IYTP) former director, Hana El-Farra reveals, “Per student in Los Angeles County we only spend $5000 – $6000 [on education], per each incarcerated youth we spend $50,000… we are creating an economy and an industry within this [prison] complex…”

Youth incarceration is a national epidemic; the issues associated with it are deeply rooted and systemic. Specifically, Los Angeles County has one of the highest youth incarceration rates in the country. In recent reports, the Department of Justice (DOJ) has highlighted the need for community based partnership programs as a viable option to lower incarceration and recidivism (when a person repeats an undesirable behavior) rates.

Prevention of the circumstances that generally produce a path for criminal behavior in youth (those under the age of 18) would be the preferred method. Nonetheless, rehabilitation efforts for those who have already entered into the juvenile detention system should also be a priority.

This is one of the Incarcerated Youth Tutorial Program’s priorities. Since 1988, IYTP has coordinated with several juvenile detention centers in Los Angeles County to provide current UCLA students as tutors. IYTP’s mission includes providing narrowly tailored solutions to proven issues within the juvenile detention system.

ISSUE: Unjust One of the biggest criticisms of the juvenile detention system is the incarceration of a disproportional percentage of ethnic minority groups, relative to the population. According to the journalism center for children and families, Latinos represent 19 percent of all 10 to 17 year olds living in the United States, yet they represent 25 percent of incarcerated American youth. El-Farra points out, “The issue of incarceration is one that needs to be addressed…when you look to the school to prison pipeline you can see that it’s a certain population that is targeted within our society and it is a systematic push…” Albeit, several factors combine to create such circumstances, still unfair bias against ethnic minorities and those from poorer and less educated backgrounds is a reality.

ISSUE: Harmful Over 2225 juveniles (age 17 or younger) in the United States have been sentenced to life imprisonment without parole. In California, Prop 21, which passed in 2000, increased a variety of criminal penalties for crimes committed by youth and incorporated many youth offenders into the adult criminal justice system. Many of these “offenders” are as young as 13 and may come from broken homes and have endured violence as children, which significantly adds to their self-destructive behavior.