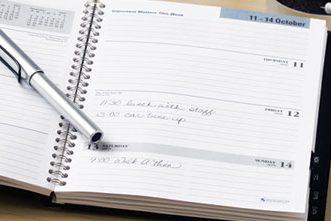 It’s not often that, at 20, a person makes a reality-shaking revelation: The Internet is composed of more than Facebook, Gmail and cats.  I know, right?

Upon my newfound knowledge, I stumbled upon the blog of an optimistically realistic lawyer/consultant/father/husband on which he dishes out a buffet of food for thought.

In one particularly compelling piece, the author compiles a list of 50 rules for his son and daughter, who had just graduated high school and were preparing to enter college. The piece is composed of rules/tips/pieces of advice to help his children in their progression to adulthood.

After reading, I was immediately compelled to begin accumulating my own tidbits of lessons-learned, but I have no sons or daughters so I’m here to address the next best thing: my brothers and sisters.

50 Rules for my Muslim brothers and sisters:

1. Visit the office every so often. Chances are someone is hoping you would do so more.

5. Studying will get you far in life. Friends will make your journey worthwhile. Study in groups.

6. Get to know the ground of Bruinwalk well. It’ll be your best friend. Especially on hot days.

8. Renew your intentions. The late charge isn’t worth it.

9.  Learn about the Palestinian conflict. Never has injustice been so celebrated.

11. Volunteer at each project at least once.

12. Clothing is self-defined. It says about you what you tell it to.

13. Make sure your parents never forget, even for the slightest moment, the sound of your voice.

14. Debate for knowledge, not for victory.

15. If everyone and their mothers disagree with your opinion, it doesn’t mean you’re wrong.

16. If you find yourself in a one on one, it’s already too late

17. Have lunch with a non-Muslim friend at least once a week.

18. If you aren’t crying at either your or a friend’s graduation, then you probably missed a step.

19. Your relationship with Allah swt is a lot like Facebook. If you’re smart, you’ll make it private.

20. Get to know members of this graduating class. You’ll be bragging about it in the future.

21. Your intentions may have been in the right place, but you still messed up. Fix it. A QB never intends to throw an interception.

22. If a certain brother or sister doesn’t come around, its because he/she doesn’t have a reason to. Be that reason.

23. Be the first to grab the prayer mats before and after prayer.

24. Ignore sectional differences. There’s a person behind there.

25. People rarely know the extent to which you care about them. Tell them.