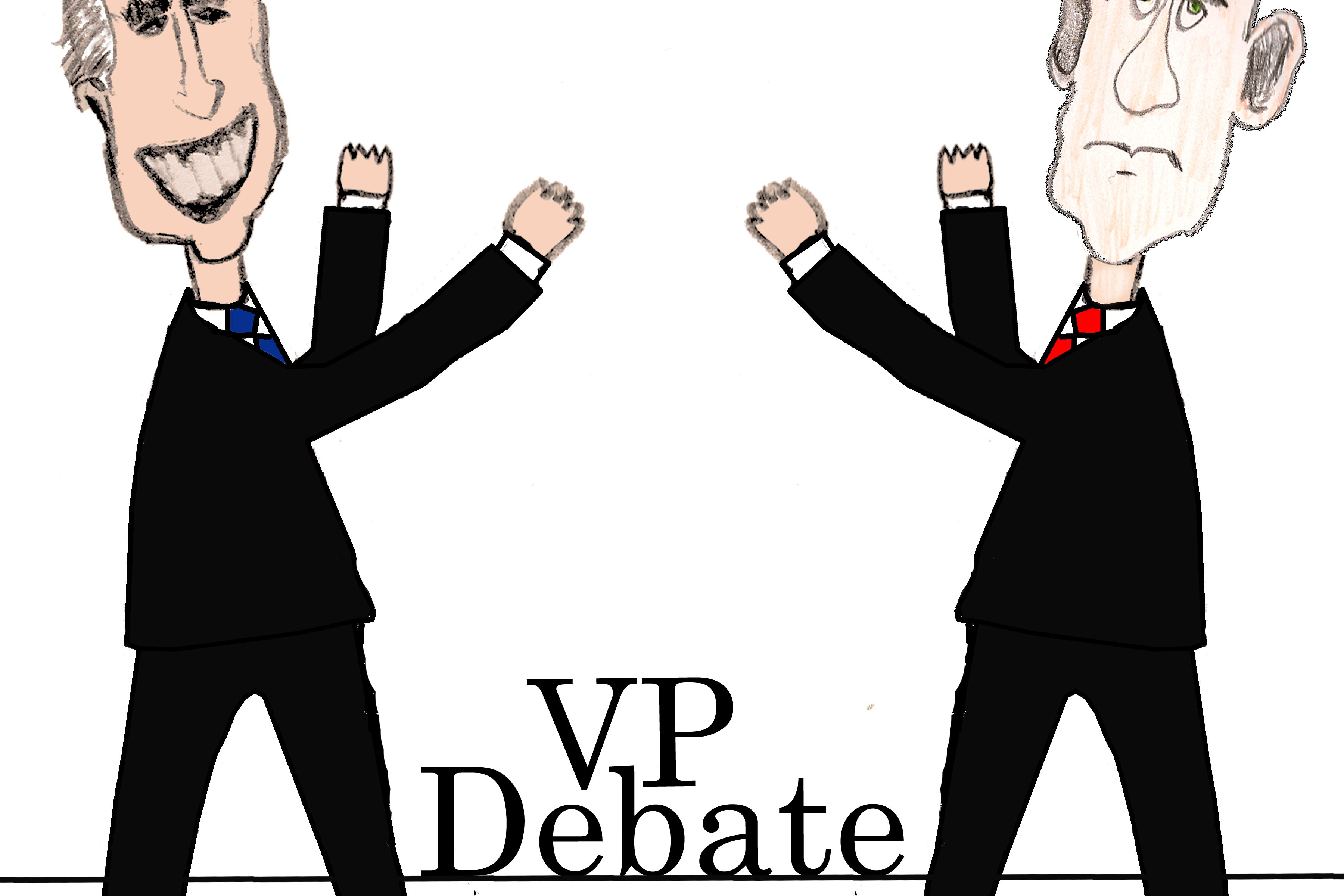 With the aftermath of the Obama-Romney debate resulting in a near one-sided victory for Governor Romney, President Obama being reduced to attacking Romney and his plan to “kill Big Bird” by cutting funding to PBS, and Romney leading in many polls, it was up to Vice President Joseph Robinette “Joe” Biden, Jr. to step into the arena for Round 2. But would the 36 year old Senate veteran, known for making rather embarrassing gaffes, successfully face off against the young, fiery intellectual of the Republican Party, Paul Davis Ryan?

Moderator Martha Raddatz of ABC News introduced the vice-presidential candidates before they entered shaking hands. Wasting no time, Raddatz immediately asked Biden about the recent assassination of U.S. ambassador John Christopher Stevens in Libya.  When Ryan answered criticizing of the Obama administration during the incident, Biden abruptly struck. The vice-president delivered a swift upper cut to the young Wisconsin Congressman stating “With all due respect, that’s a bunch of malarkey.”

Biden’s rampage continued as the vice-president interjected nearly every moment Ryan spoke, responding to every criticism the Congressman made of the Obama administration. Ryan would be speaking while the vice-president snickered, and whispered remarks and rebuttals under his breath. Every viable attack Obama had not conducted in his debate with Romney, the vice-president made sure they were delivered effectively this time.

Unlike Obama who stood passively to Romney’s attacks, Ryan was no pacifist. In the second half of the debate, the young Congressman firmly withstood the barrage of attacks from the vice-president elegantly, and delivered his own round of strikes. At some points the two politicians rambled against each other simultaneously trading blows and punches until moderator Raddatz would step in, call off the fight, and move on to a new topic.

In the end, it would seem the debate had closed down to a draw with victory for both candidates. Biden’s sharp performance more than made up for Obama’s utter defeat at the least debate, while Ryan’s stamina and patience in withstanding the vice-president’s jabs, and delivering his own series of blows strengthened the Romney-Ryan ticket. Stay tuned for our analysis of the second presidential debate.