A Space for Muslim Comedy in Hollywood 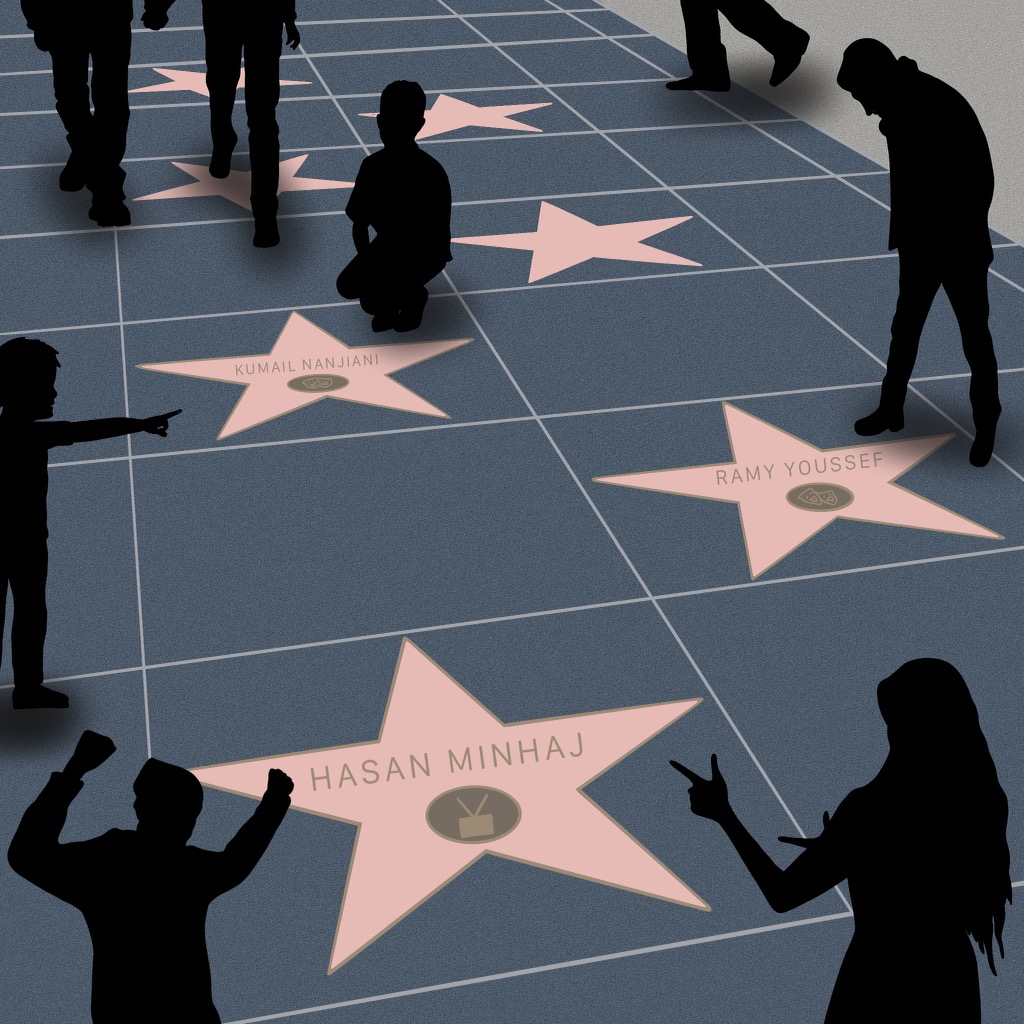 Muslim comedy can be very specific and often difficult to explain to those who are not Muslim. Yet, increased Muslim representation in comedic TV shows, films, and standup specials has shown that this humor is relatable to a wide range of audiences.

Ramy Youssef, comedian and co-creator of TV’s first Muslim American sitcom Ramy, does an exceptional job at employing Muslims and Arabs in front of and behind the cameras without exclusively appealing to a white, male gaze. The show follows Egyptian American millennial Ramy, an Allah-fearing Arab who struggles to navigate between his parents’ world (a pre-Arab Spring Egypt) and the world he is most familiar with (New Jersey). This ongoing conflict between tradition and modernism simultaneously makes room for the best culture-specific and universal jokes.

I never grew up with shows like Ramy, so I always felt that I was alone in shaping my Muslim American identity. It did not occur to me that others were dealing with religious conflict and guilt, so I constantly struggled to relate to both non-Muslim and Muslim communities. Ramy is the first Muslim-specific form of visual entertainment that I could wholeheartedly relate to (even as a non-Arab) because it is raw, edgy, and does not try too hard, presenting itself as an authentic story.

Generally, the Muslim response to underrepresentation is to present ourselves as unanimously good, but I do not think that is the way to go. Ramy breaks ground in that while it shows that we do have shared values, we also have the same flaws, making it easy to recognize ourselves on-screen. The show also dives into male and female sexuality, tapping into an oversexualized world from a Muslim lens. These discussions, which can be extremely uncomfortable, never steer from building Ramy’s character and enriching our and others’ understanding of underrepresented groups.

Kumail Nanjiani’s The Big Sick and Hasan Minhaj’s Netflix standup special Homecoming King un-demonize Muslims through humor as well, untangling complicated dynamics of Muslim immigrants and their American-raised children. Muslim comedians like Youssef, Nanjiani, and Minhaj are few of many Muslim comedians who aim to shed light on diverse experiences and issues, so it is extremely important that the execution of these jokes are done tastefully. Interestingly, most of my non-Muslim friends have seen Ramy, The Big Sick, or Homecoming King and realized that their perceptions of Muslim Americans are slightly distorted. While they had been aware of the more obvious hardships Muslim Americans have to face in this country, especially post 9/11, they admitted that they did not truly understand their complex, internal struggles. My friends also appreciated that these comedians touched on universal topics that they could relate to, such as sexuality and colorism.

With that said, I think that there is a space for Muslims in the comedy arena, but we must be careful to continue breaking barriers without succumbing to humor that solely mocks traumatic events and bigotry. We should praise those who expand Muslim experiences and educate non-Muslim audiences, not those who have racist, sexist, homophobic, or discriminatory intentions and make jokes at the expense of others. After all, mainstream comedians tend to portray minorities as the “butt” of the joke, perpetuating and normalizing problematic ideals. Muslim comedians cannot reduce their comedic styles to such offensive jokes, or else they are just giving in to what privileged groups want. Thankfully, comedians like Youssef, Nanjiani, and Minhaj have become mainstream, allowing millions of people to connect to and reflect on Muslim identities, ideas, and issues.