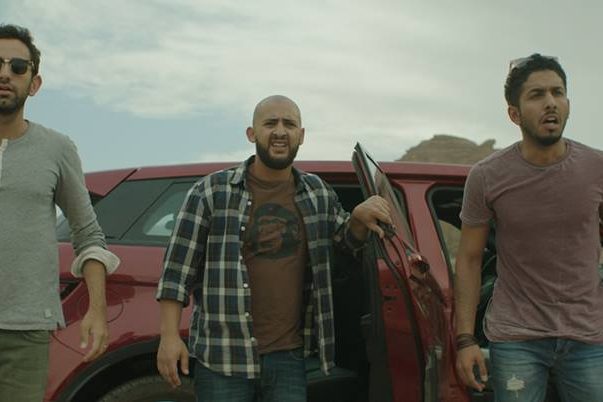 The 19th Annual Arab Film Festival (AFF) opened on 16th October, 2015 in the San Francisco Bay Area and is coming to Los Angeles on the 13th of November. Founded in 1996, AFF has consistently showcased a wide range of films from filmmakers of the Muslim world every year. It is the largest independent film festival for Arab films in the United States. Alongside fostering the independent Arab filmmakers and showcasing their work in an international platform, the festival is also on a mission to dispel myths and prejudices about Arabs.

The films showcased this year vary from a Palestinian homosexual’s coming out story “Oriented”  to Egyptian political documentary “Je Suis Le Peuple”.  It is not at all devoid of eroticism in its visual expressions, as one might imagine. Not all women are in hijab and not all men are chaste.

To get an idea of the stature of the festival’s entries, let’s take the example of Lebanese  director Ghassan Salhab’s drama “The Valley.” This film was showcased in Toronto Film Festival and was funded by various international sources including the Doha Film Institute, Arab Fund for Arts and Culture and the Post Production Fund of the Abu Dhabi Film Festival.

Of the 25 films AFF is showcasing this year,  13 films will be exhibited in LA including “Roshmia,”the winner of Special Jury Prize at Dubai International Film Festival, “On the Bride’s Side,” a true story centred around the Syrian refugee crisis,  and “From A to B,” a road-trip comedy, among others. In the past, UCLA was one of the locations for AFF’s screen filmings. This year, the Los Angeles venue for the festival is strictly Harmony Gold theatre. However, UCLA center for Near Eastern Studies remain one of the festival’s community partners.

AFF is continuing its remarkable streak of success in San Francisco with numerous sold out screenings. The festival ends on November 22nd in San Diego.