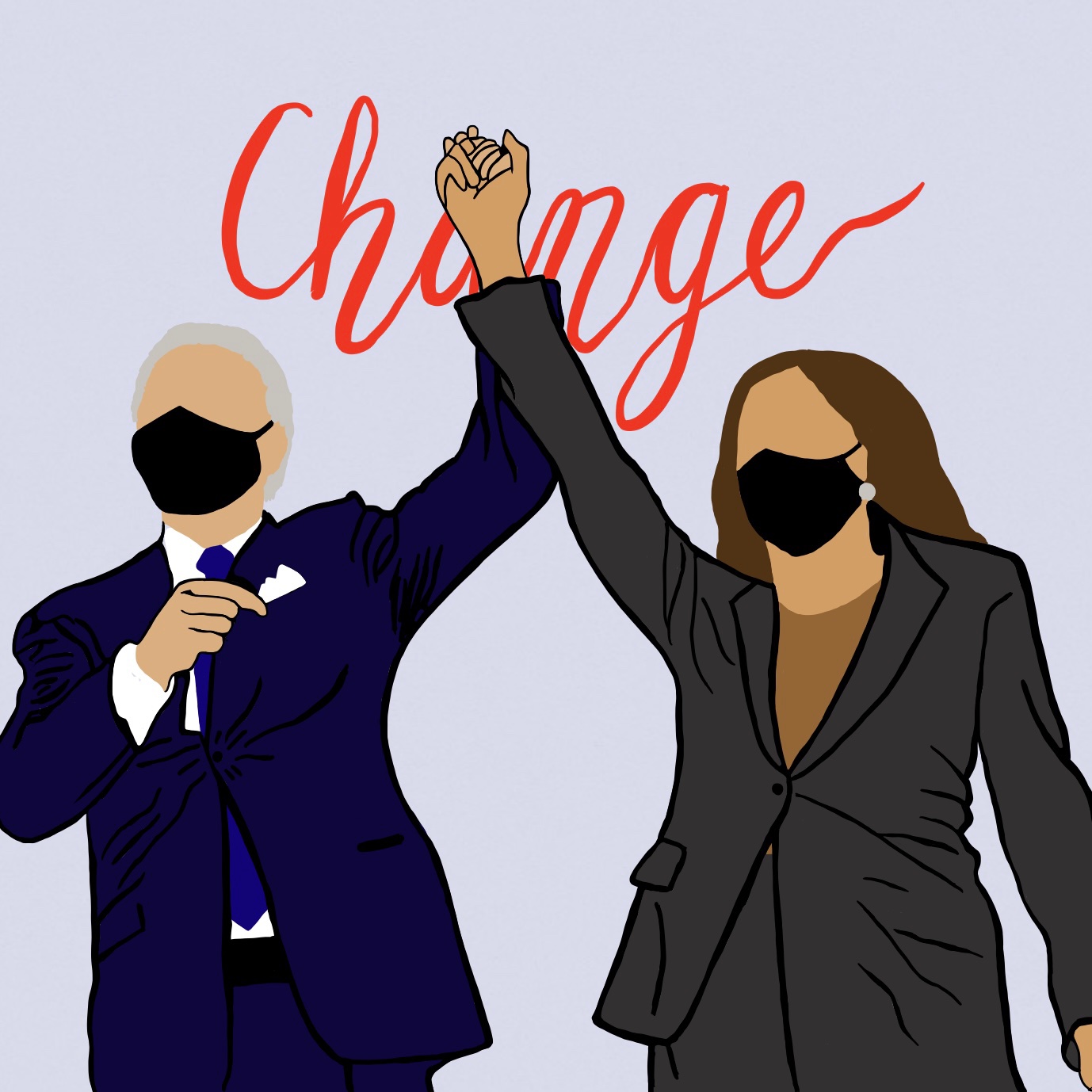 There I was, laying in my bed in the dark on election night.

Why did so many people vote for Trump?

I thought as I was refreshing the election results every ten seconds.

My family’s group chat was flooding with texts.

“Looks like another four years with Trump” my dad sadly typed while feeling discouraged.

He didn’t ask for this when coming to this country.

He doesn’t deserve a polarized country where Donald Trump is even considered for President.

My dad is a good man with character, and an advocate for his community.

Some things that Trump could never truthfully say about himself.

My cousin sent us pictures of her kids to cheer the family up.

Her kids didn’t ask for a country where young Muslims are judged and discriminated against.

They are too young to understand what’s going on, and I am thankful for that.

Because sometimes I think everything is too much.

And I wish everyone would just get along,

And everyone would be able to live the way they want to live.

But that’s too simple. Things are complicated in the battlefield of politics.

I went to sleep that night not even feeling angry. I felt disappointed.

Why do people hate people like me? I asked myself while thinking about the states turning red.

If people say they respect women, people of color, and Muslims but vote for politicians who actively discriminate against them, then they don’t.

If people vote for people who publicly humiliate people with Autism like Trump did, then they don’t respect my brother.

And my brother is way too loveable to not respect.

I woke up the next morning at four A.M with anxiety.

I thought as I frantically reached for my phone to see the updates.

Biden was getting more votes. There was hope.

I grabbed my notebook, wrote the name of every state, and wrote down the percentages for each one.

I felt out of control, but at least I could use my stats skills.

I texted my mom at five A.M.

She told me to stop worrying, and to know that I tried, and that’s all I could do.

And tell them that it’s going to be okay

And that change is coming.

But I remember that I’m just me

The days before the final results were excruciating.

My friend Ty and I talked for two hours about the election over coffee.

A meeting with my TA ended with him calming me down and telling me that everything would be okay.

My roommates and I started to joke about the things we would do if Biden won.

And we ran to each other’s rooms every time there was an update.

My family’s group chat remained active, and even became a news source for me.

Biden won Wisconsin, then Michigan, then was leading in Nevada and Pennsylvania.

And not just the president, but the culture and health of this country.

People were starting to vote for what they believed in, and communities all around the country made that happen.

The Muslim community educated their sisters and brothers about voting.

Community organizers of color encouraged their communities to vote.

People spoke out on social media, and made it cool to be political.

People shared their concerns about COVID, and demanded for politicians who cared about the situation.

We are the change, and we are the ones who elected Joe Biden and Kamala Harris.

The Saturday morning it was announced, I woke up to missed calls from my family.

Half asleep, I listened to a voicemail from my mom.

I cried. I was in shock. I went to the kitchen and cried again.

“Finally! A president who doesn’t hate me and the people I love!” I said to my roommates that morning.

I watched Harris and Biden’s speeches that night and cried again.

It really was a new day, and change is coming.