Conver(t)sations: Stories of Thought and Enlightenment 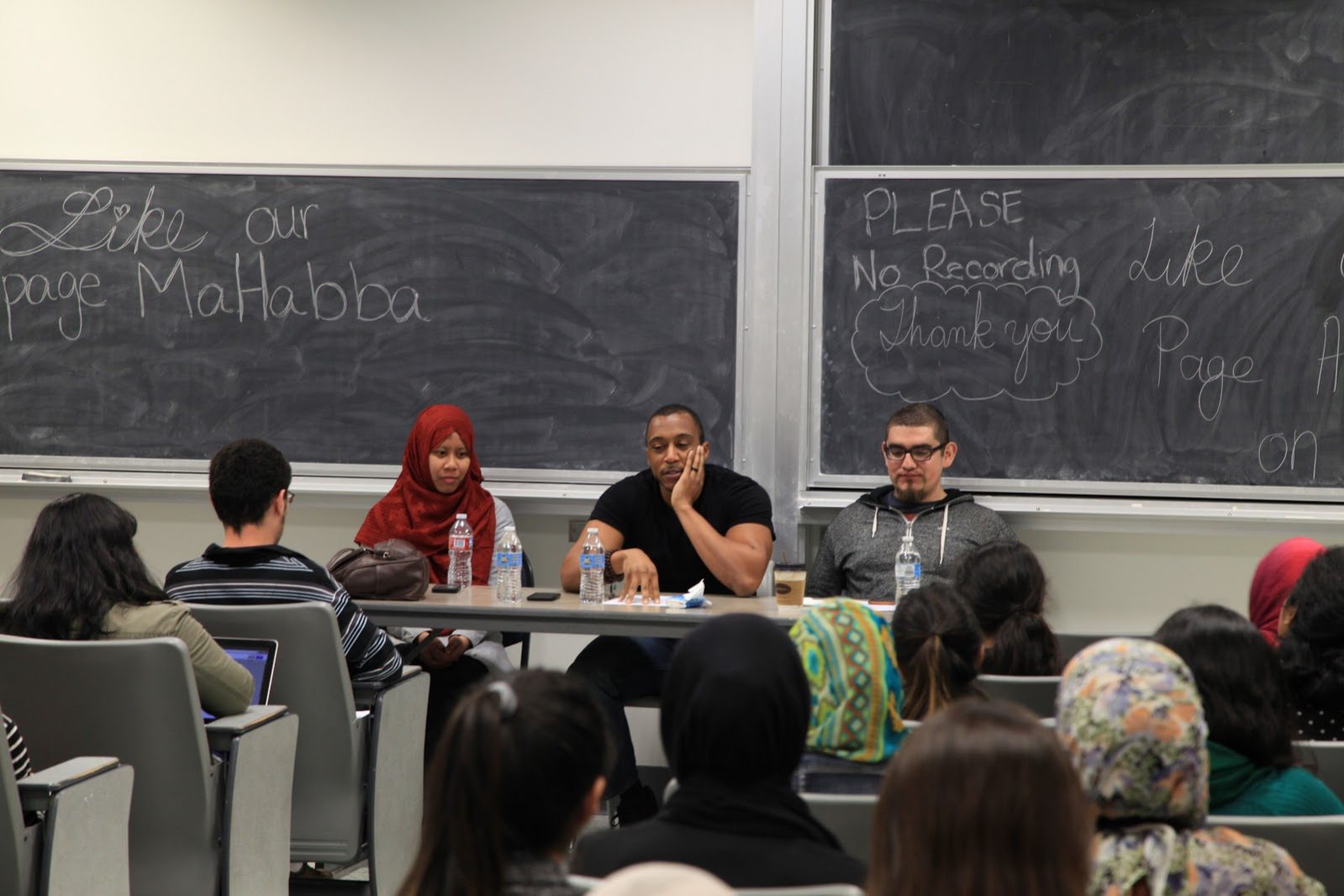 Mahabba and Al-Talib Newsmagazine held the fourth installment of “Convertsations”  this past Thursday on February 25, 2016. Convertsations is a panel in which fellow brother and sister converts share the experiences and tribulations in their life that led them to take the shahada (Islamic proclamation of faith) and their life beyond that. For this quarter’s panel, we have Colleen Casabal, Marcos Espinoza, and Anthony Hardy as panelists.

At the end of their personal dialogues, our moderator, Sheikh Jamaal Diwan, asked the panelists a simple question: what is one piece of advice or material source would you give to someone who wants to convert to Islam?  The universal answer was to find someone knowledgeable and trustworthy who would take the time to guide you. Though this sounds like a reasonable and simple answer, often converts lack this essential support factor. According to recent statistics, only 3% of mosques consider convert care programs to be a top priority (from Unmosqued, 2014). In addition, despite Islam being one of the fastest growing religions in the world, in studies done by researcher Dr. Ilyas Ba-Yunus, 3 out of 4 converts end up leaving Islam within the first couple of years.

Despite being very welcoming and warm immediately after someone takes shahada, there is very minimal effort to follow up in the long run. With this in mind, several UCLA students started Mahabba with the intention of creating an institution that is catered not only to convert support and education but also the education of fellow Muslims on how to help and communicate with converts. As Sheikh Jamaal stated, “we need to teach ourselves to love them and listen.” Often, it is hard for Muslim-raised people to understand the cultural differences and diverse mentalities of converts, so it is equally important that we, as fellow Muslims, make efforts to promote inclusion and help out converts because often, as all of the panelists mentioned, it is the efforts of a single person that can make or break the experience of a convert.