Criticisms on How We React to a Tyrant’s Death 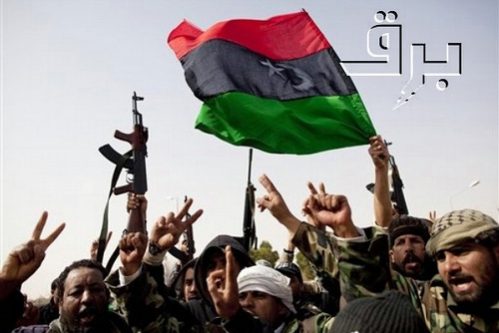 On October 20th  a dictator, a tyrant, an oppressor was defeated, captured, and killed. His death is not a shock to most of the world, it was inevitable–just as it is for us all.

However, the presumed manner of his death, along with the supposed occurrences after his death, cast a sliver of disappointment among some of the supporters of the revolution who consider the circumstances of and the reaction to his death as a faux pas.

The revolution can, in part, credit its very inception to the heavy-handed rule that Gaddafi menaced the region with. Injustice, abuse, poverty, and violence befell the people at the hands of this man, and there is no doubt he was a treacherous, authoritarian bully during his reign.

In relation to Libya, Gaddafi was cornered and captured, unarmed in a sewage drain. At this point, everyone would agree that he became a prisoner of war. As some may know, prisoners of war are granted protection in Islam, unless of course they pose an obvious, immediate threat. I hope we can agree that when Gaddafi was captured, bloody, half-conscious, with 95% of Libya out of his control, he was no longer a threat.

This is the critical point. This is where the oppressed can show they will not stand for oppression, even if the man captured is himself an oppressor.

This is where the oppressed can succumb to their taste for revenge and become, if only for one second, the oppressors.

I do not feel the need to go into many examples of how prisoners of war are to be treated in Islam because I believe that for the most part, we know the mercy and pardon that our Prophet (SAWS) showed to every living being, regardless of their crimes.

We know that after the Battle of Badr the Muslims would offer the prisoners their ration of bread while they themselves ate only dates.

We know that Allah commands us not to go beyond our limits in war by letting hatred and revenge persuade us to injustice [Qu’ran 5:8], and to provide for the captive [Qu’ran 76: 5-9].

We know that al-Kamil gave food, shelter, and protection to the same Crusaders that pillaged Muslim lands, committed atrocities, and murdered innocent Muslims by the lot.

I hope that Gaddafi did not die unjustly at the hands of anger and vengeance for this is the same injustice and lawlessness the revolution sought to uproot and eradicate.

Most of us have no qualms with the end result. But, in Islam, the ends does not justify the means. No matter how symbolic, or right, or justified it may have been to kill Gaddafi, if the killing was motivated by anything but justice, then it was not for Allah.

During the battle of Khandaq ‘Amr (Quraysh’s “Gladiator”) challenged the Muslims to a duel. Only ‘Ali (RA) answered the call. As they fought ‘Amr had the upper hand, but ‘Ali had the blessing of the Prophet (SAWS) and disarmed ‘Amr.

Before ‘Ali was to finish ‘Amr, he offered him a chance to accept Islam. ‘Amr not only refused, he spat in the face of ‘Ali, and raised his chin to expose his neck so ‘Ali could kill him. ‘Ali refused. Instead he withdrew his sword and said: “Know, O ‘Amru, I only kill in the way of Allah and not for any private motive. Since you spat in my face, my killing you now may be from a desire for personal vengeance. So I spare your life. Rise and return to your people!”
[Ibn Sa’d, Ibn Hisham and al-Tabari]