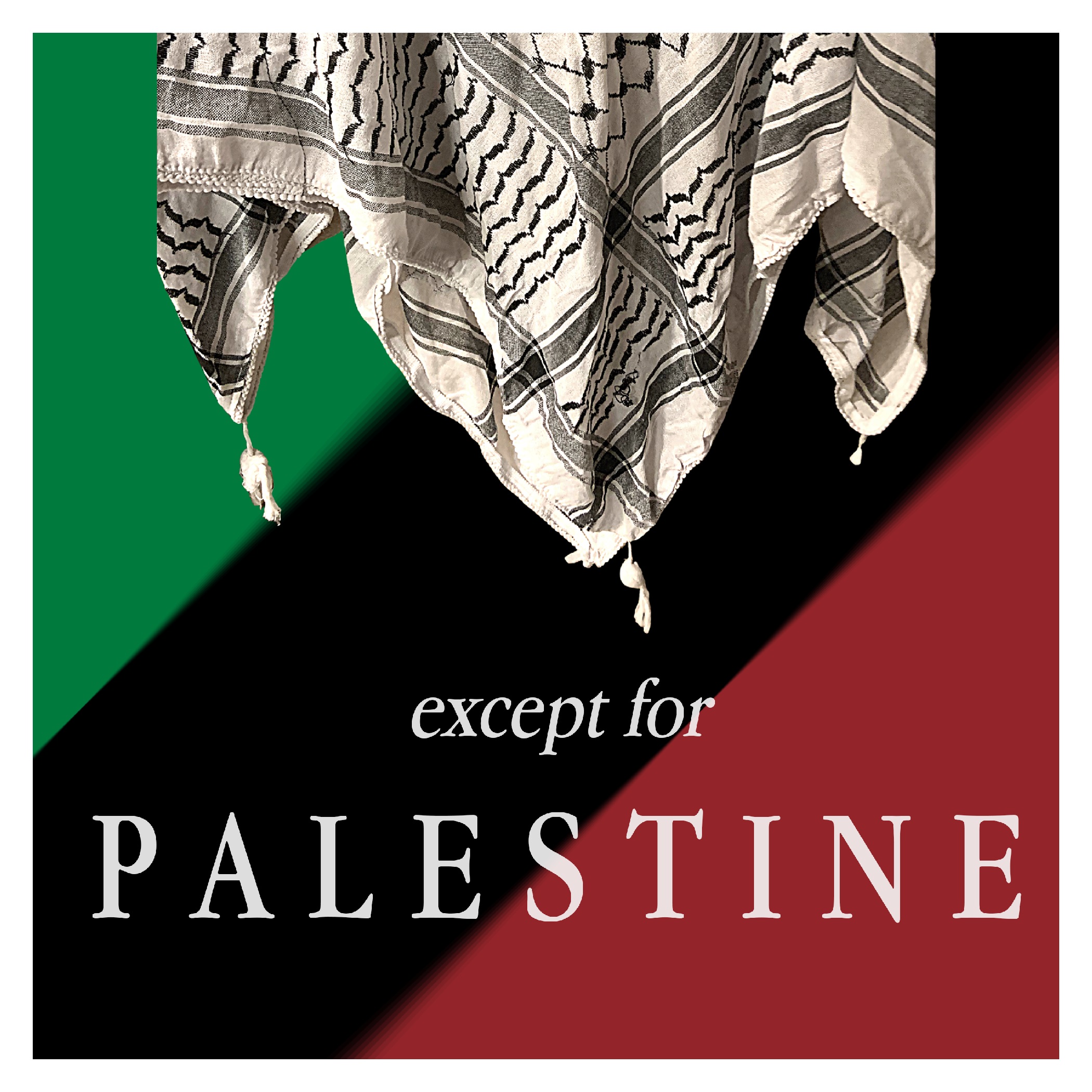 In the wake of violent settler colonialism in Palestine, international support has become evermore essential in protecting Palestinian families from further encroachment upon basic human rights. However, with polarized politics and religious zeal involved, a considerable number of people — even progressively-minded individuals — have attempted to make unifying remarks to acknowledge the atrocities while taking a moderate, “run of the mill” stance on the issue as a whole.

Although well-intentioned at the surface, these moderate, “wishy-washy” statements ultimately fall short of providing much-needed accountability towards the American military-industrial complex and its strong ties to Israeli forces. Most importantly, moderate sentiments in a time of ethnic cleansing reinforce a fundamental misunderstanding of the decades-long imperialist campaign against Palestinians and how it is ultimately portrayed in mainstream media.

And for the record, the ongoing crisis is by no means a “conflict” — not by any stretch of the imagination.

Since 1917, British rulers lent public support towards the “reconstitution of Palestine” as the Jewish national home via the Balfour Declaration. And a mere three decades later, Jewish leaders declared “the creation of the state of Israel” in 1948, resulting in hundreds of thousands of Palestinians fleeing from their homes amid violent conflict, which is now remembered as Al Nakba (“The Catastrophe”).

And to this day, Israel has remained the colonial superpower in the Middle East, with unprecedented levels of military support extended by the United States and other nations. With over 38 billion dollars pledged towards Israeli forces for the next decade, the United States has provided more military assistance to Israel in a single package than any other nation in American history.

And what are the receipts for this military assistance? Mass death and destruction.

Since the fighting intensified last Monday, more than 70 people in Gaza have been killed as “Israeli air strikes killed senior commanders and destroyed a multi-story building.”

During the holy month of Ramadan, Israeli forces stormed the Al-Aqsa Mosque, the third holiest site in Islam, and injured at least 305 people — attacking Palestinians who were on guard against potential extremist attacks.

In some of the “worst fighting” since the 2014 war in Gaza, Israelis can be seen celebrating on Jerusalem Day, a commemorated time when Israelis captured extensive territories during the Six-Day War in 1967.

And now, under the pretense of increasing Jewish presence in East Jerusalem, “the settle group Lahav Shomron” has been seeking “eviction” of Palestinians in Sheikh Jarrah and Silwan neighborhoods.

With this information in mind, how can a decades-long campaign against Palestinians with continuous military support ever be characterized as a “conflict”? A “dispute”? A “two-sided affair”? And yet, here we are: while Palestinians face another brunt of atrocities in violation of international law, mainstream sources are quick to report the details with a pitifully neutral lens.

So, how can one come to terms with the dehumanization of Palestinians while espousing political ideals premised on identical progressive principles?

Simple answer: you can’t. It’s a false equivalence. You cannot characterize the Israeli government’s crimes against humanity in a similar light to the response by Hamas. In other words, the principles of justice, freedom, and equality in Black Lives Matter, Occupy Wall Street, and other progressive movements should equally apply in the fight for Palestinian justice. Any deviations from this ideal can only mean one thing: the individual is progressive — except for Palestine.

A prime example of a faux-Progressive, in light of his recent comments, is Andrew Yang — a former 2020 presidential candidate from the Democratic National Convention and current candidate for mayor of New York City.

At the surface, Yang’s policy platform is premised on rectifying institutionalized means of discrimination on part of race, socioeconomic class, and other intersectional factors. In particular, Yang has the following viewpoints:

1. Capital punishment and/or the death penalty must be abolished.

2. Cash bail must be reformed or reduced.

3. Private prisons should be eliminated.

4. Subsidies should be provided for renters and homeowners.

While all of these aforementioned policies are both widely popular and revolutionary in context of American history, Yang’s position on the crisis in Palestine ultimately contradicts his seeming desire for justice and equality for everyone:

“I’m standing with the people of Israel who are coming under bombardment attacks, and condemn the Hamas terrorists… NYC will always stand with our brothers and sisters in Israel who face down terrorism and persevere.”

Not only does Yang’s position portray the Israeli government in a positive light, it also minimizes the mass death, devastation, and diaspora that Palestinians have faced for over 70 years. It is sickening, putrid, disheartening, and, above all, disingenuous.

Unfortunately, Yang is certainly not alone in these sentiments. All throughout the United States, there are perhaps hundreds — thousands — of progressively-minded activists and individuals who lend support to Israel or are neutral to the crisis unfolding in broad daylight.

At the end of the day, however, staying silent is remaining compliant to the atrocities against our Palestinian brothers and sisters everyday for the last 73 years. And at its core, one’s willingness to remain “neutral” for fear of provoking controversy is the mere equivalent to staying silent in the wake of mass destruction and deprivation of human rights.