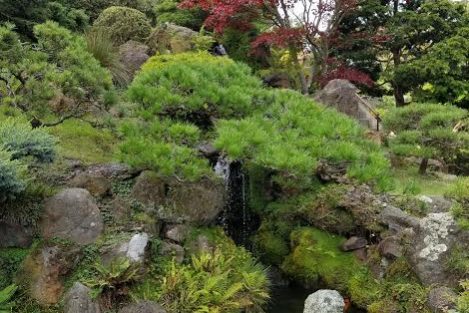 Originally, the culture of poetry was adapted to Islam. It was used to praise Muslim values and ideals. However, with the spread of Islam to different regions of the world, poetry adapted to the people. The style and themes of poetry evolved, taking in local traditions, language, and concerns reflecting the diversity of the expanding Muslim demographic. Islamic poetry became more about the individual’s experience with practicing religion in daily life and a long-term struggle with existential questions.

The most well-known style of Islamic poetry is Sufi. Practitioners of Sufism (mystic discipline of Islam) sought to understand the nature of divinity and humanity through a direct and personal relationship with God. Poetry is one of the greatest mediums through which we understand and continue that struggle today. Sufis saw love as the ultimate device in nurturing a relationship with God and the humans around us. Sufi poetry searched for love and wisdom in its surrounding society and often imparted its own wisdom and morals in the process. It has been written in several languages including Persian, Urdu, Pashto, Sindhi, and Punjabi.

One of the most important and well-known Sufi poets is Rumi. Rumi was born in 1207 C.E. in the Balkh Province of Afghanistan, a part of the Persian Empire at the time. His family later moved west to what is Turkey today to avoid the expanding Mongols. Rumi wrote most of his work there and is buried there today. Many of his ancestors, including his father, were Islamic scholars and took part in mysticism (Academy of American Poets). His talent was recognized early on by teachers and he worked to pass it on by leading his deceased father’s madrasah, a community for Islamic learning (Academy of American Poets).

Rumi’s poetry deals with issues such as the perceived distance between the divine and man, the yearning for faith being a hardship, everyday trials, and much more. He seeks to offer a solution and urges a passionate resurgence in spirituality, a separation from the material to pursue the more reliable and permanent divine connection.

Come, come, whoever you are.

Ours is not a caravan of despair.

Come, even if you have broken your vow

The above English translation of one of Rumi’s untitled poems exhibits some of the common aspects of his work. He directs his first lines to the reader. He is assuring that he beckons everyone; regardless of their religious practices, class, financial status, or any other worldly measure that defines every other aspect of their lives. Here he invites those who leave the path midway, those who find it easier to end the multitude of obligations rather than be committed to them. More importantly, he promises ease in the path of simplicity and spirituality which is different from other teachings. While practicing religion and following its every tenant may seem difficult, finding God and support in Him is not. Rumi does not preach perfection; he advocates an intimate and reflective relationship with the divine because God is the only reliable and omnipresent being. He invokes the reader to a peaceful and joyful journey with the ever-present caravan of his poetry. The caravan appears again, and the mechanism of travel and business is converted for a different purpose. Anyone is welcome to this caravan. A record of commitment or practice in piety is not required. Even those who betray promises and their relationship with the divine can join the caravan. It is not a reward for only the pious, but a relief from daily misery for everyone. It can be joined a thousand times and each welcome is just as inviting. Here the caravan is transformed from a vehicle of goods to a journey of spiritual discovery for everyone to join.

The following is another untitled poem translated by Coleman Barks in the book One-Handed Basket Weaving: Poems on the Theme of Work.

This is how strange your fear of death

and emptiness is, and how perverse

the attachment to what you want.

The beauty of careful sewing on a shirt

is the patience it contains.

Be with those who mix with God

as honey blends with milk, and say,

“Anything that comes and goes,

rises and sets, is not

what I love.” else you’ll be like a caravan fire left

to flare itself out alone beside the road.

Rumi uses the common and relatable aspects of daily life such as work and caravans to redirect the reader from the search of the material to the search of something less physical. He suggests that death and the loneliness that common struggles of the human condition inflict are not to be feared. The bottomless consumption that we resort to avoid this emptiness is the real danger. He uses the imagery of man’s hard work to invoke the same acquired patience and applies it to the daily need for constant gratification. He reassures the reader that there is more reward in waiting than seeking temporary worldly pleasures. Rumi once again asks us to leave the constantly betraying world, this time using the imagery of burning commerce. Instead he offers the loyalty of honey and milk.

The observations Rumi makes can be applied to every time, civilization, and people. His discussion of the minute, seemingly mundane, and obviously tragic points to the universality of struggles. He offers relief in the knowledge that such pains belong in every mind and guides the reader to reflection. Rumi’s work opens up a window into the universality and timelessness of Islamic poetry.