From Lew to Kareem 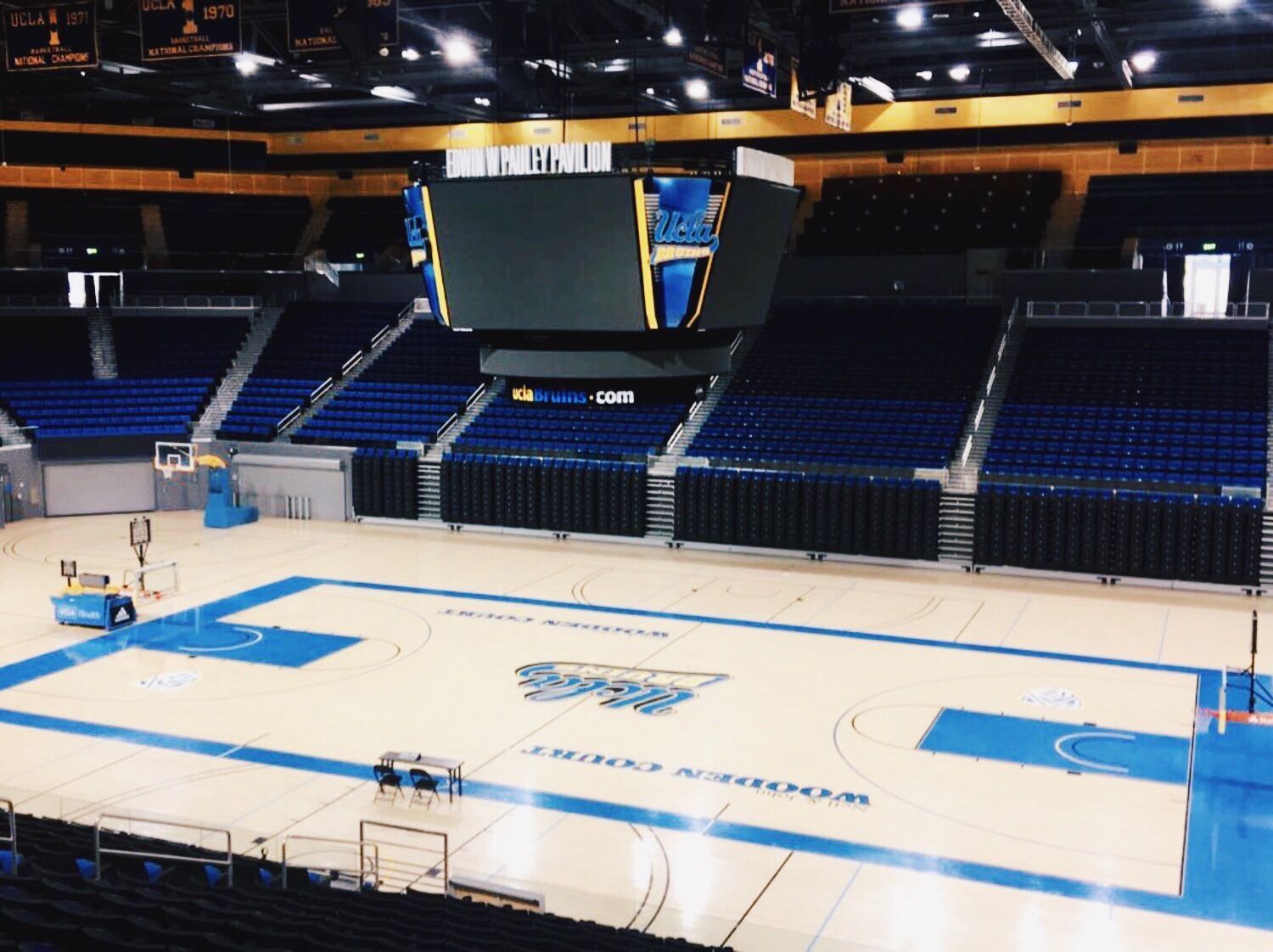 I remember walking inside the empty Pauley Pavilion for the first time. Visualizing the arena’s aesthetics, the baby blue Pac 12 logo inside the three-point line on either side, the famous UCLA logo on center court and all the retired jerseys that hanged above the arena’s seating. There was one jersey that stood out to me above the rest: Number 33, Lew Alcindor.

Growing up in Los Angeles, I already knew the sports lore that existed within the Lakers and Bruins. Especially the parts that Kareem Abdul Jabbar played a role in. Helping the already-dominant college basketball powerhouse UCLA to three straight NCAA National Championships, and with the help of Magic and Worthy, redefining the NBA with five NBA championships during the Showtime Lakers era of the 1980s. But the part that I was interested to learn more about was Kareem’s spiritual journey of Islam during his time at UCLA. What I learned from his short anecdotes in his book Becoming Kareem were relatable and teachable moments that are not just pertinent to Muslim students but really any UCLA student who wants to learn about their faith and spirituality and discussing their faith in a respectable manner.

Lew Alcindor, Kareem Abdul Jabbar’s name prior to his name conversion, started learning about different religions when arriving at UCLA. He was looking for a religion that he identified with culturally and spiritually. He said, “I read extensively about Buddhism, Taoism, and various protestant faiths…I chose Islam” (Abdul Jabbar 297-298). The process that Lew Alcindor took on choosing a faith or finding one’s own spirituality is important. The process involves a lot of research on sacred texts and books from authentic sources, talking to different individuals and scholars, and contemplating if those ideas make sense to the individual. Furthermore, after UCLA defeated Houston in NCAA tournament semifinals, Lew walked into a mosque to learn how adherents pray after and was given a Quran to read, understand, and memorize. After multiple visits to the mosque, he recited the Shahada and converted to Islam (Abdul Jabbar 299-300).

The NCAA tournament is the biggest college basketball tournament in the nation, and it requires athletes to stay focused and disciplined throughout the tournament. However while staying locked in, Lew Alcindor did not forget his goal on finding his spirituality. This experience provides us a lesson that despite the rigors of one’s academics, athletics, and other priorities in life; one must not forget their commitment towards their faith.

In addition to learning about his newfounded faith, Lew was also deeply inspired by Malcolm X and his autobiography. Lew writes, “[Malcolm X’s] explanation of how Islam found his true self gave him the strength to fight social justice, led me to study the Quran” (Abdul Jabbar 303). It is quite inspiring that after reading Malcolm X’s autobiography as well as the Quran, Lew Alcindor felt empowered to do more with his life. The journey of spirituality gives individuals a sense of purpose once they complete the journey. I already mentioned the accolades that Kareem Abdul Jabbar received as a basketball player, but he expanded horizons that most athletes don’t usually reach. He wrote many books and articles for major news publications such as TIME and Huffington Post, and spoke in major venues such as the Democratic National Convention and UCLA’s Commencement. The inspiring journey of faith and thought-provoking words of the Quran and Malcolm X expanded Lew’s horizons in basketball, writing, and public speaking. His work is an inspiration for students taking a spiritual journey of their own.

Once Lew Alcindor accepted Islam, he went through a hurdle that almost all people of spirituality must go through: explaining one’s faith. The UCLA Men’s basketball team were in a bus ride from Ohio to Indiana. It started out as a shouting match between Lew and another basketball player named Steve Patterson. Topics included questioning other individual’s beliefs, why their belief was supposedly superior to others, etc. “You know, Christ died for all men. Christ is the only salvation if you don’t want to go to hell,” said Steve.

“Wait a second, Steve, What about all those people around the world who never heard of Christ? Aren’t they going to be saved?” said Lew.

“Probably purgatory. We’re all born in sin. Read your bible,” said Steve. After the pandemonium, both players felt it was unproductive figuring out which faith was right, and  decided to switch their tones and began to learn about each other faiths. Eventually, more basketball players started to chime in on their beliefs and began to ask respectful questions. Even Coach John Wooden asked the occasional question about the faith of his players (Abdul Jabbar 386-390). This antecedent provides a great example to all of us about how individuals should explain their ideas on faith and how to learn about others’ faith in a respectful tone and manner. It’s a common situation that happens to all of us: when we must explain our faith, but rather than shying away or getting heated, it’s important to go through the spiritual journey of learning about your faith first in order to teach it to others. I understand the common saying is to not discuss religion or politics, but explaining your own faith helps individuals become more educated and empathetic to others. In short, this experience that Kareem Abdul Jabbar shared provides us a lesson on how to discuss your faith in a respectful manner.

The experiences that Kareem Abdul Jabbar had at UCLA provide us with important lessons on how to learn about faith and how to explain it to others. As a Muslim Student at UCLA, passing by the monuments commemorating important figures from UCLA Basketball’s history held a more significant meaning. When I pass by the John Wooden statue, I’m not just reminded of athletic achievement that UCLA held in the 60s and 70s, but his curiosity about my own faith through his respect and genuine interest for hearing out the diverse faiths of his players. When I see the Lew Alcindor jersey hang in the ceiling above Pauley Pavilion, I’m reminded of the amount of time and dedication he took to learn about Islam; through books, going to the mosques, and other Muslim Students at UCLA. Kareem Abdul Jabbar’s journey in Islam during his time at UCLA is a substantial example on how Muslims and other individuals should invest time in learning about Islam as well as other faiths.