Growing up Muslim post 9/11: Wary of Being Targeted for my Religion 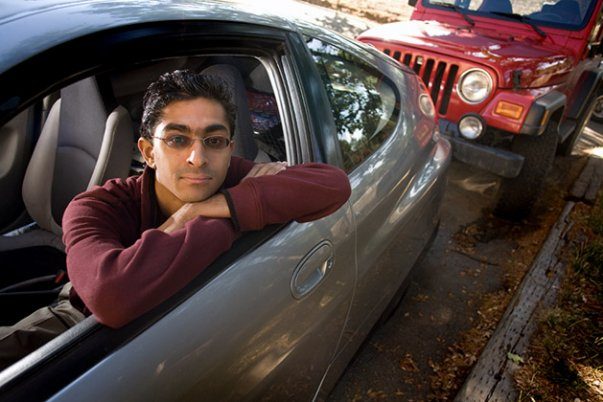 Al-Talib interviews Yahya Fahimuddin, a recent graduate from UCLA, about his thoughts on the Muslim American experience in post 9/11 America.

A-T:Since you were a bit older, can you elaborate on what it was like to be a Muslim before 9/11?

Fahimuddin: Basically no one cared what your religion was. Well, if you were Jewish people still didn’t think so highly of you, but whatever you were the overall sentiment was “Oh that cool, more power to ya” There was more discrimination based on skin color than religion. A cop would be more likely to pull you over cause you were brown than because you were a Muslim. I remember the news at the time would still focus on stuff happening in Russia and in Kosovo. But it would be that Soviet nationals are killing Muslim refugees, not the other way around.

Fahimuddin: Pissed and sad at the same time. Sad because people who are just living out their lives are being harmed for no reason, and pissed because it’s totally avoidable. Honestly, if Muslims would stop hiding under rocks and start going out and educating people about what Islam really is, such incidents can be avoided, as the lot of it is rooted in ignorance.

Fahimuddin: [I’m] more wary of cops and I despise going to an airport. I love flying, but the whole groping and searching is a buzz kill. If a cop walks by, I worry that he might randomly arrest me for some made up reason. Or if I fly I might get stranded someone for no reason. The fact that anything I do will be scrutinized under a microscope 100x more than some random dude off the street. Overall, just an added stress that being a Muslim could mean imprisonment.

A-T: Did if affect your identity?

Fahimuddin: Right after 9/11 I wouldn’t tell anyone I was Muslim. I wouldn’t pray in public, I’d tell people I was allergic to pork and most meat, that I was a vegetarian. I’d avoid hanging around with other Muslims. I’d come up with all kinds of excuses. Totally kept it to myself till about senior year in HS, then I stopped caring. I came to the conclusion that if being Muslim was going to get me in trouble in some way, shape or form, what’s the point of hiding that fact? Damned if you do, damned if you don’t.

Fahimuddin: 9/11 was a tragic and horrible day in history, where the lives of priceless individuals were lost for no reason. It is a day where we are reminded that there are horrible people out there in the world who have nothing better to do but to make innocent people suffer.

A-T: What about the condition of Muslims now, given what’s been going on in America, including the Ground Zero Mosque dilemma, the proposed Qur’an Burning Day, and whatnot?

Fahimuddin: Still screwed. Hate crimes against Muslims are still increasing, and the media isn’t helping in this regard. Polls show that more Americans have hostility towards Muslims. The fact that someone proposed a Qur’an burning day and it took a General to tell him that he is bonkers and will cause more trouble than good should be an indication that it’s a very emotional situation still and that people just don’t know anything about Islam, which is leading them to these rash actions. And it’s totally our fault. We, as a community, suck when it comes to PR and just interacting with our neighbors. Only a few masjids that I know of actually reach out and help their communities by holding food drives, health fairs, feeding poor and so on. Most of them just have an occasional “Open Mosque Day” where the boards of the masjid, and the local churches and synagogues, come and sip lemonade together. No one is going to come to us and say “Hey I want to learn about Islam.” Why should they when they can just turn on Fox News and learn it all there.

A-T: What about the future? Where do you think things are headed for Muslim-Americans? What hopes do you have for future generations of Muslims in America?

Fahimuddin: If things stay the same way, and something catastrophic happens, I could totally see a revisit of internment camps with Muslims replacing the Japanese. We simply don’t defend ourselves. We wait for horrible things to take place, then we come up and apologize. My hopes is that the future generations will start speaking up, and speaking up loudly against all those who slander the Muslim community. Let the world know that we people are hearing on the news is total BS and that this is the reality of the community. Why don’t we hear more about Islamic Relief’s humanitarian efforts here in the US? Why isn’t there a soup kitchen to help the needy run by Muslims? Where are our big shot business men and women? Where are our scientists? Our artists? Our writers? I’ve meet plenty of them. Our community is full of amazing people. Why aren’t we highlighting and supporting them? We sequester ourselves. If we want to move ahead, we need to support each other and say this is who we are.