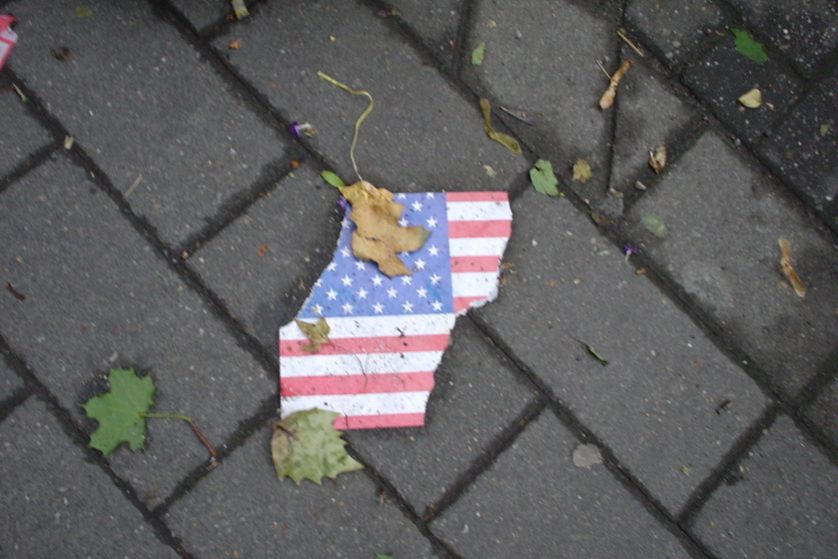 Throw out all the conspiracy theories and put aside the prejudice towards Muslims –we are in the Post 9/11 era now.  But, in the ten years since terrorism made its way overseas to the States, how much has America really changed?

I will tell you how much America has really changed –from a Muslim’s point of view. America has become desensitized to using the words “jihad” and “terrorist” due to mass media. It has adopted “homeland security” and the Patriot Act as clever euphemisms to “racial profiling.” And, ten years after the attacks of September 11th, more than half of all Americans still claim to have never met a Muslim.

I will tell you how much America has really changed –from an American’s point of view. America has manifested its imperialist motives in Iraq and Afghanistan despite growing popular sentiment against war. It has adopted a new sense of patriotism –almost manufactured patriotism –that escalates with the rainbow of yellow-orange-red “threat levels.” And, ten years after the attacks of September 11th, gas prices haven’t budged.

Ten years of living in Los Angeles, California, USA has challenged my understanding of being “Muslim-American. ” It took a few years to realize being Muslim-American is not a mutually exclusive term nor identity.

What does it mean to be Muslim? Or Muslim-American in the “Post 9/11 era?” It means that I have a higher standard to be on my best behavior every day, to be overtly compassionate, to prove my religion. But I really don’t mind having to take the extra step to show my love for God or for Islam. As Muslims, none of us should mind.

Amen and may peace be upon you.