How to Succeed in an Interview 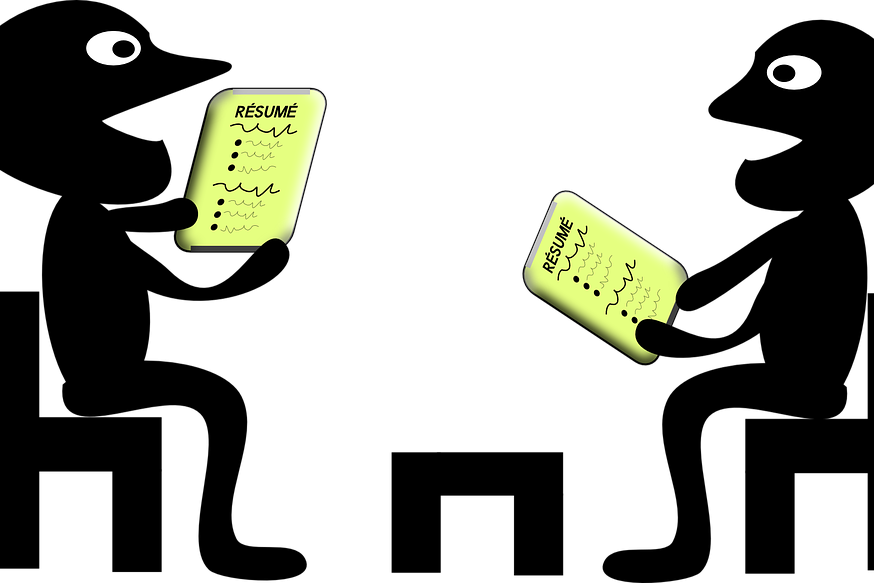 Bob was late to an interview because he overslept after staying out late last night. He did not even have the time to iron his suit or to comb his hair. He missed multiple interviews before, so he was lucky enough to make it to this one. When Bob finally arrived, the recruiter took note of the time before starting the interview. Bob had to answer quickly before his time was up, because another person was scheduled to come in for an interview after him. Bob rushed through all of his answers. He thought that it was better to answer all of the questions rather than spending time giving detailed answers. During the interview, Bob was also getting distracted by his girlfriend, who kept texting him about where they should meet up for lunch. When the interview ended, the recruiter directed Bob towards the exit.

Mike was up next for the interview. He came in thirty minutes early, and he went straight into the bathroom to practice his introduction. When the recruiter came, Mike took a deep breath, made sure his shirt was tucked in, and extended his arm for a handshake. Mike made sure to think about each question, and to give detailed answers to explain all of his great qualities. In his mind, Mike pretended that this was the last interview opportunity for getting the job. Because of this, he took his time to impress the recruiter. At the end, Mike thanked the recruiter for giving him this opportunity, and left with a satisfied smile on his face.

Look at both Bob and Mike…..It is pretty obvious who got the job.

Now, think of your salah as an interview with Allah (swt). Do you miss or barely make it on time to each prayer, or are you like Mike who prepares their schedule around their salah? Do you take the time to dress properly for salah, which includes taking care of personal hygiene, like Mike? Do you rush through your prayers like Bob rushed through his interview, or do you take your time memorizing and perfecting your recitation of verses of the Qur’an like Mike did with his introduction? Mike made sure to thank the recruiter in the end. Are you like Mike who takes a deep breath and truly tries to make his interview meaningful by thanking the All Mighty for the blessings he has given you? Lastly, Mike pleased the recruiter because he acted as if this was his last interview. Now really think about it. Do you please Allah (swt) by praying each salah as if it was your last salah?

Guard strictly your (habit of) prayers, especially the Middle Prayer; and stand before Allah in a devout (frame of mind). – 2:238 (Translation – Yusuf Ali)

Michelle Schafieh is an Afghan-American graduate of UCLA. She majored in Psychobiology and minored in Arabic/Islamic Studies. She is slightly obsessed with froyo, and during her free time, she loves to hike and watch Bollywood movies.