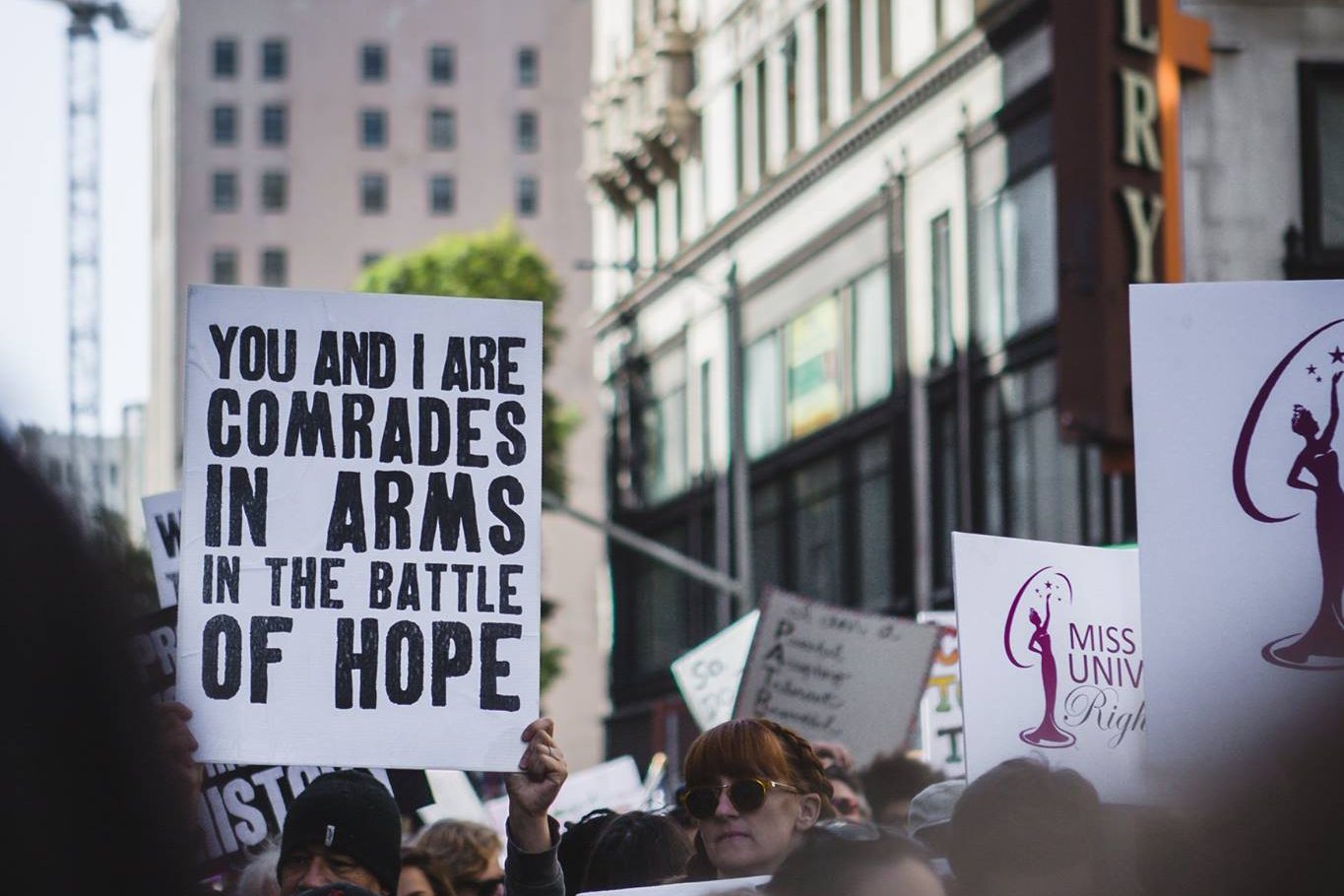 Just a thought…
For the longest time, we have lived with a tranquil awareness that the defining moments of society were behind us. We looked back at history in order to glorify our progressive present, and to live with the assertion that society has drawn its lessons from its reflective past. We studied the anxiety, the uncertainty, the courage, and the tumultuous unrest that accompanies changing times with a secure complacency, until one day we started imitating the very hue and cry we used to read about. The constant chaos in communities indicates that the Chinese curse of living in “interesting” times is upon us, and we, like every society before us, are doomed to go through the rituals of upheaval, understanding, uprising, undertaking, and unifying that accompany “interesting” times.
The comprehension that war is never the answer, racial and religious discrimination are inhumane, and males and females are both equal was the result of the decades of reflective study of historical events. We as a society worked to build upon these ideas believing that consequential history was behind us. Then a country was seized by a militant group, it was enraged in bombings and displacement of civilians, and we as a society were horrified; the attacks went on and turned into a war followed by an outcry for the sake of humanity. The war spread in the crooks and crannies of the middle eastern world and within the crevices of our minds. It became so apparent that it stopped being abnormal. We learned to live with combat and loss of innocent lives: war became normal. We learned to live in upsettingly “interesting” times.
The affected fled to find refuge in the malleable and flexible world with fluid borders, which was trying its best to act on the lessons of inclusivity and diversity: lessons it had learned from history; but then one of the pillars of the western world quit the union formed as a preventive opposition after WWII to exclusion and discrimination, because its majority felt unsettled by the change in the country’s demography, economy, and society caused by the influx of a diverse population and loose borders. Afraid of losing its traditional identity in the face of liberal acceptance, this majority acted against the lessons taught by history, but in accordance with sequential events of history. This was the first conservative backlash to the liberalist movement in its attempt to redraw the stringent lines around contingencies like those of the pre-revolutionized world. What was considered to be a solo event of the defiance of liberalism was just setting the trend for the upcoming curveballs.
In 2008 the free world elected its first African American president who, in his wake, went on to lead the most liberal presidency of modern history: the proposal to legalize a large population of undocumented immigrants, introduce universal health care, weave a diverse population into the country’s social fabric, and fight for equal marital rights for the LGBT community. The free world saw a social democrat garner an unprecedented support for his candidacy for a major party nomination because of his fresh ideas. The world learned that America was not scared off by the word ‘socialism,’ a progressive change indeed. Following a pattern, this shift towards liberalism, at its peak, met with a resistant conservative backlash. The free world went on to elect a conservative billionaire with no prior political or military experience to be their president-elect as opposed to the potential first female president of the country. They elected a man who ran his campaign based on the promises of deporting millions of Latinos, temporarily banning foreign Muslims coming in from combative countries, overturning women’s reproductive rights, and repealing the affordable healthcare act: in short wiping away all the liberal progress made in the last decade. This was the biggest and final backlash to the liberalist movement. It shocked and strangled the world into a strange sense of paralytic uncertainty and bewilderment.
The common thread in the success of both these resistant movements is the promise of the restoration of the old world, an idea which stands in opposition to the current new coalition of diversity and inclusivity. This resistance to change is a pattern and trend observed globally where a large Caucasian community is trying hard to hold on to the last shreds of familiar importance in society. This backlash follows decades worth of efforts to make inclusion and diversity, equality across spectrums, individual rights, and women’s rights part of the conversation in society; to weave it so intrinsically within the social fabric that these values become inherent, normal, and unquestionable.
The resistance movement has proven that this conversation is finally making noise as it has alerted its target audience to an imperative change in the values of the society, shaking them enough to make them fight for the old ways. This is progress because after resistance comes absorption and acceptance. It has also alerted its supporters to the fact that this conversation is still not the norm and needs more advocating. Both sides of the spectrum are anxious, uncertain, motivated, and engaged in the most “interesting” ideological push and pull of recent history; therefore, reminding us that we are at the cusp of adding another era to world rhetoric, and that history is before us and not behind us. A lot has to go down before the keen observers in the future try to compress the times we are living through in an ambitiously chaotic post-post modern definition. We need to be alert to where the narrative is, and focus on our actions and their effects, because the verdict is not out yet, the story has not been penned in history, and the end depends on the actions of its participants. So focus on persevering for your passions and rights and let the noise caused by fear and anxiety fall to the wayside, because all of that is just the curse of living in ‘interesting’ times.