Op-Ed: Islamophobia in the USAC Elections 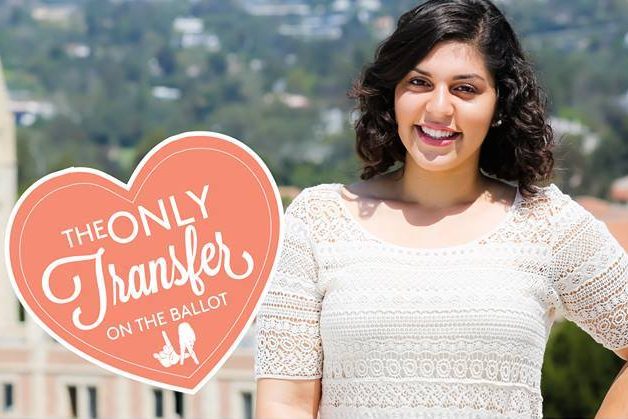 In an interview with Al-Talib, the candidate discussed problematic questions she was asked during the “Meet the Candidates” event that took place April 25.  One in particular was,“As a Muslim, what do you think about divestment?” Although divestment is not part of her platform, critics have reduced Sadeghi-Movahed’s platform to this issue, presumably because of her Muslim identity.

While campaigning in Bruin Plaza, a student said to the candiate, “No I don’t want to talk to you specifically.” When Sadeghi-Movahed asked if she offended the student, the student responded, “No, it’s because you’re Muslim.” Others also told her they would not vote for her because she is Muslim.

Additionally, Sadeghi-Movahed suspects she has been stalked during this campaign season. Even during the phone interview with Al-Talib, Sadeghi-Movahed said she looked over her shoulder to see if she was being  followed. Since week three of spring quarter, Sadeghi-Movahed believes she  has been followed around campus by several unknown men. She said she feared for her safety when these individuals showed up to meetings and events she attended. The candidate’s perceived threat to her well-being exemplifies the hostility of this year’s elections.

It is unfortunate that at an institution that prides itself for progressive values, a candidate would be denounced because of her Muslim identity. Sadeghi-Movahed stated, “I have never felt this unsafe on this campus as a Muslim.”

Why is a candidate’s safety at risk while running for office? If the campus community chooses to ignore this, what message does this send to current Muslim students? Why does Islamophobia continue to go unchallenged on our campus?  The hostility and negativity directed towards Sadeghi-Movahed is only a sliver of the larger issue of negative campus climate and Islamophobia present on the UCLA campus.