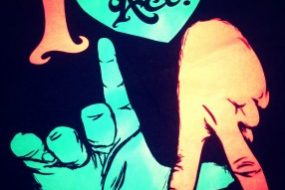 Let’s Act! is a new slate in the Undergraduate Students Association Council for the 2013 – 2014 year. Its ten candidates aim for increasing social diversity, campus safety, affordability, and student engagement.

Lana Habib El-Farra, an active member of the Muslim Students Association, is running for Internal Vice President for the upcoming year within the Let’s Act! slate. Last year, as an independent, she successfully served in the position of External Vice President.

El-Farra decided to join a slate this year in order to create more effective change. She said that it is important for many voices to come together, not just one. She is running as Internal Vice President because she wants to focus on engaging with students on campus and addressing issues such as campus safety, affordability, and diversity.

The ten candidates of Let’s Act! posses “similar and cohesive views that will allow for USAC to thrive as a whole,” said El-Farra.

One of the most important issues this year is the Bruin Diversity Initiative which supports community service, student retention, on-campus programs, and numerous student groups that strengthen diversity on campus.

The Let’s Act! slate endorses this initiative and encourages students to vote yes on the ballot because it will benefit all the diverse student-run organizations on campus.

Voting ends this Thursday, May 9, so make sure to sign in to MyUCLA and vote YES for El Farra, YES for Lets Act!, and YES on the Bruin Diversity Initiative.