Living with a Muslim Roommate 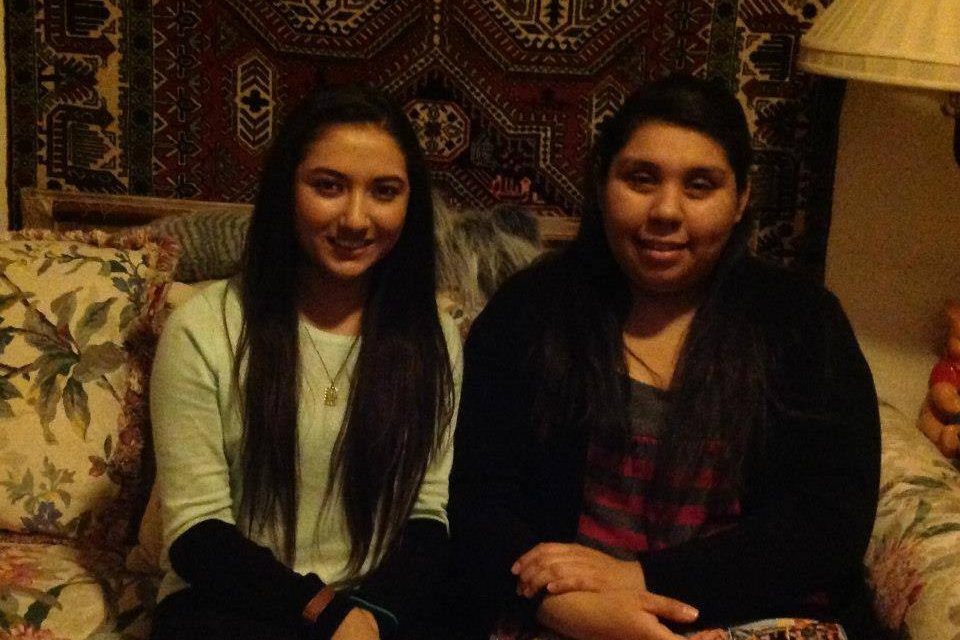 Growing up in Los Angeles, I had only met a few Muslims but I never imagined that I would be living with one. As a freshman in college, I was very excited to dorm and meet new people, but it was a littlefrightening not knowing my roommates and most importantly, not knowing if we were going to get along.

Before registering to dorm at UCLA, I agreed to room with a high school classmate thinking that it would be less difficult to adjust to a new place. The only thing that I did not know was that my classmate, Michelle, was Muslim.

The first day we moved in, my roommates and I sat together to get to know each other. That is when Michelle told us that she was Muslim. My other roommate and I stared at each other for a second. I was surprised because she did not look like what I initially thought Muslims looked like.

The next thought that came to my mind was how living together would turn out. My worry was whether our cultures were going to clash and cause a problem with our living situation. After speaking for a while, my roommate and I reassured her that we would try our best to make her feel comfortable by respecting her beliefs and her religion.

At first, I was a bit scared that Islam was significantly different from Catholicism. I thought that her religion was going to be made up of radical ideas like sacrificing other people and oneself for God. Everything that I knew about Islam came from the media. In the news, I would always hear about terrorist attacks associated with Islamic teachings or about Muslims engaging in terrorism. Because of this, my image about Muslims was unclear. Even though the media portrayed them as terrorists, I had met nice Muslims before and Michelle was very friendly.

As I got to learn more about Islam, I learned that it was different from what the media portrayed. Michelle taught me that true Muslims did not believe in engaging in violence and murdering people. I learned that the media only created negative images of Muslims and failed to show the true teaching of Islam. While sharing her beliefs, I also learned that there were some similarities between Islam and Christianity like how we both believed in one God. We would spend hours talking about our cultures and surprisingly, we found out that we had many similarities. This made me realize that living together was not going to be a bad idea after all. 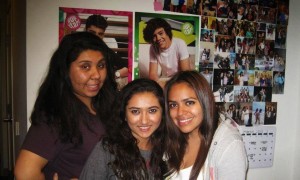 Stephanie and her roommates

Throughout the year, we shared different beliefs and rituals about our culture and religion. My roommate and I also learned that she prayed five times a day. We agreed to respect her religion and made sure to be quiet or give her room when she prayed. We would even set up alarm clocks for her to make sure she woke up at five in the morning to pray. There were also times when we all prayed together at the same time. It was a wonderful experience that gave us hope, unity, and peace.

One day, Michelle asked us if we were willing to fast with her for Islamic Awareness Day. At first, I was not willing to do it, but Michelle told us why fasting was important and how anyone who believed in God could do it no matter what religion they believed in. In the end, my other roommate and I decided to do it with her.  It was a challenging experience, but in the end, we were able to do it, and we also learned to respect Michelle’s beliefs more than we already had.

During one of our talks about religion, she also told us how she wanted to learn more about Islam and meet more Muslims in school, so my roommate and I encouraged her to do so. One day, she asked me if I wanted to go with her to a Muslim social event. She was a bit shy and nervous, so I went with her. That is where I met new people who changed my perception of Muslims. Everyone was very nice, and they even remembered my name when I saw them around campus. They also included me in their games and invited me to other events. They were regular people and not anything like the media portrays them to be.

While dorming, I also became fond of a language I never imagined learning. Michelle took up Arabic because she wanted to learn how to read the Qur’an, so she taught us some words in order to help her memorize them. Slowly, we learned Arabic words with her. I learned to say hi, bye, and a few other terms. It was very fun and interesting. Nowadays, I enjoy meeting Arabic speakers and saying Assalamu Alaykum to them.

Looking back at my first year dorming at UCLA with Michelle, I can say that I had the most amazing and wonderful experience. I learned many new teachings of Islam which I will always respect. I also learned more about myself and about the idea of how ignorance about something can create false assumptions about people. I am very fortunate to have dormed with Michelle who taught me valuable lessons and who made it clear that Muslims are not even close to what the media portrays about them. What I thought was going to be a difficult year turned out to be a great experience that has really changed my life.