Maryam Had a Little Lamb 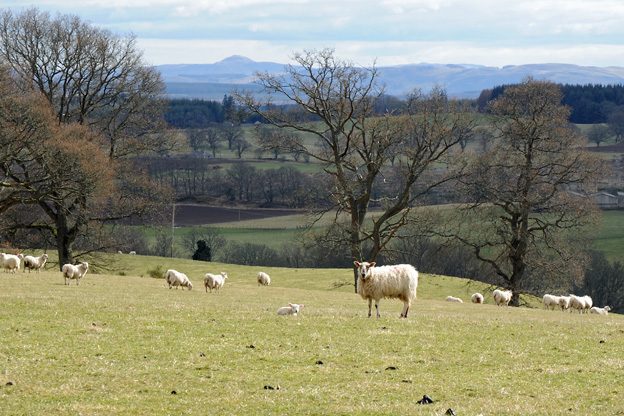 Maryam had a little lamb, and then it died…with hundreds of other lambs for the Eid feast. Eid-Al-Adha commemorates the moment biblical prophet Abraham was asked by God to sacrifice his young son, Ishmael, but instead symbolically sacrificed a sheep. Given the millions of Muslims who slaughter livestock to commemorate this event each year, it is important to use this event to not only commemorate Abraham’s symbolic offering, but also the impact of raising livestock and meat consumption on today’s environment and climate in regards to Islamic principles and ethics.

In today’s world, the demand for quick and immediate meat affects the environment significantly. In developed nations, meat is nearly a staple of people’s diets. To fulfill this demand, there exists a large industry dedicated to quickly producing and raising livestock. The impact of this industry on the environment is quite clear. For example, from producing someone’s lunch patty for a hamburger is produces as much greenhouse gas as driving a 3,000 pound car for ten miles. Furthermore, the global livestock industry produces more carbon emissions than cars, trains, and all other modes of transportation combined. It is easy to belittle the effects of something so minor as consuming meat. After all, we can notice the emissions and gas produced by cars and vehicles. However, munching on that hamburger or diving into that steak does not immediately conjure up images or remind a person of the various processes involved in raising the livestock, slaughtering it, and transforming its flesh into edible cuisines.

Islamic principles and ethics dictate that Muslims be aware of their impact on the environment. The Qur’an directly states “… Eat of their fruits when they come to fruition, and give (to the poor and the needy) the due thereof on harvest day. And do not be wasteful; indeed He (God) does not love the wasteful.” Similarly the prophet Muhammad (peace be upon him) states, “Water should not be wasted when making ablution even if you are by a flowing river.” [Quran, 6:141] While this statement refers to the ritual act of ablution, we can apply the same principle to using water for anything, especially our current scenario where gallons upon gallons of water is invested into raising hundreds upon thousands of livestock for immediate consumption.

We can apply these principles and ethics to our current environmental dilemma. Of course, meat consumption is not forbidden at all in Islam, it is in fact allowed, and encouraged during events such as Eid-Al-Adha. However, there is a need for balance and moderation in all facets of life, including consumption. The prophet Muhammad is noted to have stated “Beware of meat. It has addictiveness like the addictiveness of wine” (Malik, Book 49). While meat consumption is not the sole cause of carbon emissions, it is rather significant. We do not have to embrace veganism or vegetarianism, but we can limit our meat intake. Reducing meat consumption will not solve the problems of global warming alone, but it will significantly reduce our overall carbon footprint on the environment.