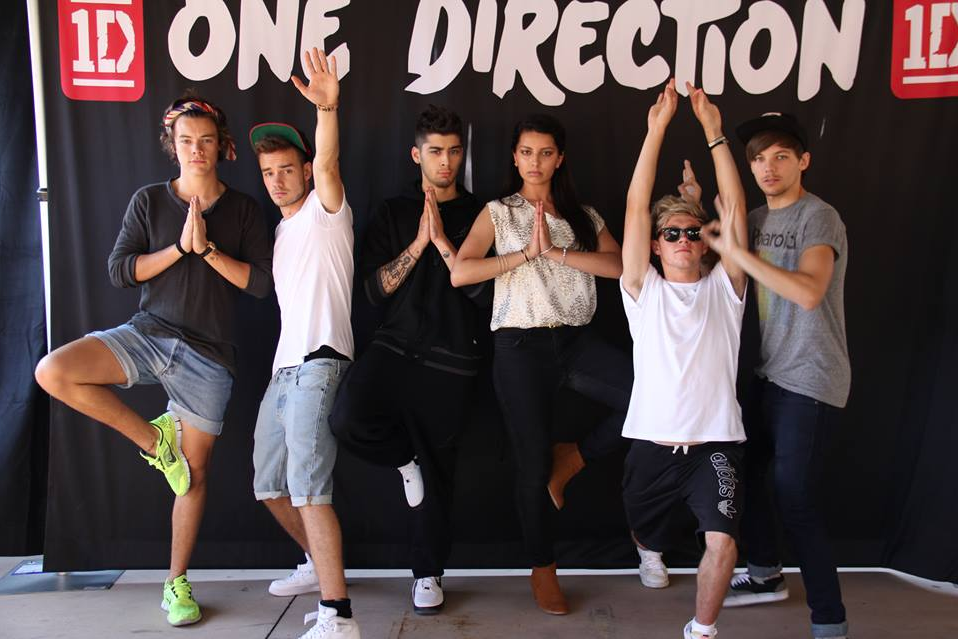 Zayn Malik shocked the whole world when he left One Direction, the biggest boy band of the decade, in March of 2015. The world was left to wonder what the reason was behind his sudden departure, Zayn later addressed via a Facebook post: “I’d like to apologise to the fans if I’ve let anyone down, but I have to do what feels right in my heart.”  After seven months of silence, Zayn gave his first major interview to Fader Magazine, explaining why he left the band. “There was never any room for me to experiment creatively in the band,” he explained. “I wasn’t 100 percent behind the music. It wasn’t me. It was music that was already given to us, and we were told this is what is going to sell to these people.”

Zayn is half-Pakistani, and he was brought up in a Muslim household in Bradford, England. His mother, Trisha Malik, converted to Islam before marrying Zayn’s father, Yaser Malik. She also used to work as a chef in a local primary school, where she cooked halal meals for Muslim students. In an interview with BBC, Zayn’s mother shared, “I’ve always tried to learn as much as I can about my husband’s religion and culture. I made sure the children went to the mosque.” She even revealed that Zayn has read the Quran three times, an accomplishment that is greatly respected in the Muslim community. Zayn’s religious background was well-known in the public since the beginning of his singing career. During a Christmas dinner on the X Factor, the television show where One Direction was formed, Zayn was filmed eating what was presumably halal chicken. “I don’t eat pig, so I’ve got chicken. Special chicken…’cause I’m special,” he said with a cheeky smile. He also wished his followers a happy Ramadan and Eid via livestream and Twitter. While many fans including myself were happy that he was sharing this part of his life, Zayn’s Muslim background has been the target of hate in mainstream media.

The Islamophobic attacks against Zayn started not long after One Direction was formed. In 2012, American blogger Debbie Schlussel published an article accusing Zayn of “boyband jihad.” She accused Zayn of “pimping Islam” on his young female fan base by tweeting about Ramadan, having Arabic tattoos, and frequently wearing the keffiyeh, which Schlussel describes as the “official garb of Islamic terrorism.” She also said that Zayn was deliberately chosen to be in One Direction not only because of his Pakistani-Muslim background, but also because “Islam sells in Britain.” Anyone with common sense can see that the article is complete nonsense, but hate-filled articles like these can act as validation for other individuals’ discriminatory thoughts and actions, which leads to more hate.

In 2014, the satirical television program, The Daily Show, made a joke comparing One Direction to terrorist organizations. Correspondent Jessica Williams said to host Jon Stewart, “Just as you were talking, a new terrorist group formed with one member each from ISIS, Al Nusra, Al Qaeda, One Direction, and the Zetas drug cartel.” Soon after the episode aired, #TheDailyShowGoneTooFar and #ZaynDefenseSquad trended nationally on Twitter. Fans accused the segment of singling out Zayn, who is the only Muslim and colored member of the band. The fans’ comments were brushed off by the general public and the press, labeling them as “crazy, obsessed fangirls.”

An article published by the Washington Post distorts the meanings of comments written by fans on social media, quoting only parts of their posts to give off the appearance that they are just emotional young girls who should not be taken too seriously. The article quoted a Muslim Tumblr user saying, “I’m shaking/crying about this,” but it did not include the line that followed: “Islamophobia is something I face every single day. I cannot walk anywhere without getting looked at in a disgusted manner.” The Washington Post even went as far as to compare One Direction to Al Qaeda and ISIS because of the boy band’s “extreme devotion among its followers.”

Another Tumblr user points out the racism and sexism at play in the situation: “Jokes are meant to be funny, not alienating. They are not meant to be harmful in the name of ‘satire.’ Real satire does not poke fun at people’s religion, race, gender identity, age, ability, or sexual orientation. Most One Direction fans know this. But for some reason, when they speak out, they are undermined and ignored because they are young women who fangirl over a boy band.” The Daily Show didn’t issue any apology for the joke. Instead, they issued a single tweet, sidestepping the problem: “Dear 1D fans: We didn’t know the band members’ names, religions, hobbies, etc. Just knew they were popular. But not THIS popular. #whoa”

Unfortunately, these incidents are not the only cases where Zayn’s religious and ethnic background have been poked fun at. In March 2015, television host Bill Maher made a remark comparing Zayn to the Boston Marathon bomber, Dzhokar Tsarnev. This “joke” implied that Zayn was behind the bombings. Once again, fans teamed up to speak out against Maher’s apparent Islamophobia. However, these comments were yet again dismissed by others (for examples of this, just read the YouTube comments), who claimed that the fans were just hormonal, zealous teenage girls.

On the other side of the spectrum, not everyone is supportive of Zayn. He constantly receives criticism about his life choices, which include having tattoos, drinking alcohol, dating girls, and not fasting when he’s on tour during Ramadan. There is also an ongoing debate about whether music is permitted in Islam. At one point, the slander and criticism from both religious and ethical sides became too much for Zayn, which led him to temporarily deactivate his Twitter account.

With that being said, not all of the feedback that Zayn gets on social media is positive. After Israel’s military assault on Gaza, which killed more than 1,000 Palestinians and 50 Israelis, he tweeted “#FreePalestine” in solidarity with the Palestinian cause. The tweet was met with disapproval, and even death threats from supporters of the Israeli cause. Despite the threats, Zayn has not removed the tweet, unlike other celebrities, such as Rihanna, Gigi Hadid, and Dwight Howard who tweeted #FreePalestine and #FreeGaza but ended up deleting their tweets, arguably due to the controversy surrounding the Israeli-Palestinian conflict.

In his interview with Fader magazine’s Duncan Cooper, Zayn was asked if all the attention he gets pressures him to set a good example, to which he replies, “I don’t feel like I felt pressure ever…I enjoyed that I brought the diversity. But I would never be trying to influence anything or try to stamp myself as a religious statement or portrayal of anything.” Cooper asked him if the harassment he gets discourages him from speaking out, to which Zayn replied, “It’s not even the harassment. I just don’t want to be influential in that sense.” This is important because it shows that, as surprising as it may be to some, Muslims are just regular people. While Zayn’s representation of Muslims and South Asians is important, it is also important to keep in mind that his job is to entertain, not to act as a religious role model.

After his interview with Zayn, Cooper expressed his enlightenment on what Muslims really are: normal people. He said, “After hearing Zayn talk about how normal he is, I can’t help but wonder how ‘normal’ a Muslim person would have to be in order to appease all the world’s bigots—and whether, given the impossible degree of nonthreatening-ness that seems required, how someone in Zayn’s position could ever feel safe enough to say something like, ‘Yes, I do want to be influential.’”

Despite the scrutiny, Zayn doesn’t try to hide his ethnic or religious background. In April of 2015, Zayn won the Outstanding Achievement in Music award at the Asian Awards in London. In his acceptance speech, he thanked God for allowing him to follow his dreams. He also thanked his parents for making him Asian, a comment that received a friendly chuckle from the audience, but also filled several of his Asian followers, including me, with pride. Small actions like saying “As-salamu Alaykum” and tweeting “Eid Mubarak” also go a long way. Seeing a South Asian Muslim in the mainstream media, and in the caucasian-Christian dominated popular culture, makes me proud of my South Asian Muslim identity.

Regardless of all the hate comments that he gets, Zayn released his first solo single, “Pillowtalk,” on January 29, which reached number 1 in 68 countries. With 267,000 downloads and 22.3 million streams in the United States in just one week, it is currently the fastest selling song of 2016. He also debuted his second song, It’s You, live on The Tonight Show Starring Jimmy Fallon. The song is a slow, melodic ballad featuring a raga, which is a melodic mode used mainly in classical Indian music, and rarely in Western pop. Zayn’s debut album, Mind of Mine, is scheduled to be released on March 25th, which so happens to be the one-year anniversary of the day he announced his departure from One Direction. The songs on the album will feature R&B and Bollywood influences, as that is what Zayn grew up listening to. Despite the discrimination he faces because of his ethnic and religious background, Zayn continues to dominate the music industry, and I’m looking forward to seeing what he has in store for this year.