My Name is Ayesha Khan. I am racially profiled. 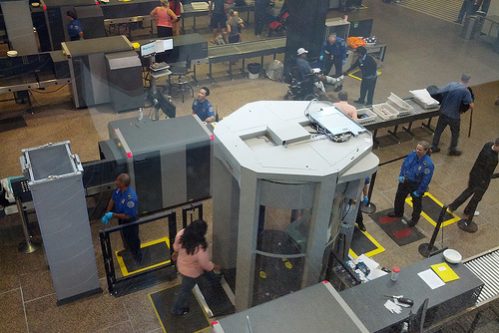 LAX, California, USA. January 3rd, 2013. I was returning to UCLA after spending my winter break in Dubai with my family. “Passengers, please prepare for landing,” announced the air hostess over the speakers. As everyone around me began to check themselves in the mirror to make sure they still look mildly presentable to whoever was picking them up at the airport, I began my routine. My routine that has been hammered into my subconscious by my parents since the day I began traveling alone and had to take care of myself. After 17 hours on this incredibly joyous plane ride, I began to assemble all my documents to prove that I had the legal right to enter the USA, that I had the legal right to study within the USA, that I had enough finances to support myself, that I was in fact “Indian,” or let us just cut to the chase; I was trying to accumulate enough paperwork to ensure I cover my ground, all the loopholes so that ultimately I can prove that I am not a terrorist. And yet, every time… every single time, I knew in my head that this documentation was futile, that my efforts to prove my validity were futile because what was I aiming for? The TSA and border control had me labeled under the “red alert” list before I landed, had tagged my departure airport as “terrorist activity port” prior to me even approaching that first check point. Therefore, I braced myself for the full blown racial profiling, discriminatory treatment and frankly embarrassing series of events I was bound to experience. As I walked off the plane and up to the first check point, I immediately proceeded to show all my documentation. However, I already saw the TSA officer’s eyes widen as he saw where my student visa was stamped; Dhahran, Saudi Arabia. Here we go…

The questions never seemed to end.

“What is your purpose of entry into the US?” Education. I provided you with over 20 documents that show that; please look below at the papers before you proceed to make assumptions about who I am based on where I’m from, my name, my religion or the color of my skin.

“Why was your departure port Dubai?” I live there. It’s called family. My family works there. It says that on my UAE residency.

“Why was your visa stamped in Saudi Arabia which is a region with prime terrorist activity?” I lived there. It is called the oil industry.

“Are you sure you’re going to UCLA to pursue an education? And not be involved in an international terrorist organization or in the plotting of any terrorist attack on American soil.” Ummm, what? No. I mean, yes. Yes, to the education. No, to the terrorist plotting.

“Ma’am can you please step aside for a few minutes?” Do I have a choice? Am I ever given a choice? Also, I am sure you mean a couple of hours… And please do not smirk at me after you just asked me in front of a long line of people, a series of very racist questions followed by asking me to step aside because nothing I provided you was sufficient to prove my innocence.

This is just a hint of the extent of the humiliation me and others like me are put through. As witty as I would like to seem, any resemblance of courage I have disappears when I get to that first checkpoint.

As much as I wish I replied to these TSA officers with comments addressing how problematic their questions are, I merely say “No” or “Yes.” As Muslims, some of us have seen the insides of that temporary “isolation” room they pull you into while they run a thorough background check on you to ensure… you would not blow something up. And I sat there… for over two hours. Finally another TSA officer lets me know I can leave because, “It doesn’t seem you have any associations with any terrorist organizations.” Well, honey, I could have told you that. My documentation and paperwork could have told you that. This was NOT the first time or the tenth time that my family or I have been verbally harassed by the TSA and this time I really had enough. I was subject to questioning until this point so I wanted to ask the TSA officer one question. “Why is it always me?” And contrary to the racially neutral, intelligently spun, carefully carved bull shit that I expected for him to spew, he just said “Well you can’t blame us that your last name is Khan. That’s on red alert on our terrorist checkpoint list. We have to take precautions. All of this is necessary for the good of the people and for national security. And in fact the last time I let a group of five Saudi boys through, they ended up attempting an attack on the Pentagon.” I’m sorry, WHAT? None of that made sense and beyond that I doubt that little scenario you built in your head of thwarting a national security threat was in fact a reality but the story you tell yourself at night to still feel human.

However, I am truly used to the questions, the random selection, the verbal harassment and everything else that comes with the TSA. Why? I have been raised with it. I saw my father get very invasive, aggressive pat downs since I was five years old. I have been pulled aside while traveling with my mother for over four hours because our name was not clearing the border control. More so, this has happened to us in so many different countries, on so many different continents; that I have come to realize the racial stigma that persists against Muslims or anyone with brown skin for that matter is widespread and deeply ingrained. I will always be viewed as the “outsider” everywhere I go. Xenophobia… the struggle is real.

However, the most insensitive, blatantly racist and degrading experiences I have had are in this country. My main concern is how precisely you racially profile a Muslim? Considering our extremely diverse backgrounds in terms of country of origin and appearance, profiling itself is pointless. Islamophobia may be formally defined as the fear of Muslims, which would imply a fear of the religious ideology of Islam. However, anyone that appears to have brown skin or appears to be of Arab or South Asian descent might experience Islamophobia, which is the biggest case for how this is a clear racist ideology that has institutional grounds. Muslims continue to be at risk of being excluded from the political, economic and public sphere in the nation, further legitimizing the xenophobia. Such fear has led to atrocious hate crimes regardless of whether the victim is actually Muslim. Being Muslim is defined as a set of beliefs and not an ethnic origin and even if you magnify into the “Arab” demographic, it ignores the plethora of religious beliefs that are represented within the Middle East. If we consider that the TSA intends to isolate the “high risk extremists,” expanding the racial profile to include such a large demographic is not making their job any easier. The Government Accountability Office (GAO) report found that TSA screening procedures are no better at foiling terror threats than random chance and yet over $8 billion dollars are spent on the inefficient system they perceive to prevent terrorist attacks.

Aside from that let us acknowledge how history repeats itself or how a racial system manages to be stagnant and yet utilizes different ethnic groups as targets. This country has had a dark past whether it comes to building the nation on the graves of Native Americans or the continual fear of the “other” leading to institutional racism. The racial tactics never change, just the face of the “other.” Whether you are Black, Latino or any other ethnic minority, you fully comprehend racial profiling. I just re-read “The New Jim Crow” by Michelle Alexander for a paper and forgot how brilliantly simple yet the epitome of critical finesse it is. Alexander mentions a very simple concept that she does not expand too much on and yet we can see the profound implication it has. “Crack is out, terrorism is in.”

The “War on Terror” is a parallel with the “War on Drugs.” It attempts to use the same racially codified language to disguise the face of the enemy behind the word “Terror.” The tactics are unfaltering when it comes to media propaganda to gain public support, political incentives in being “tough” on terrorism, or the exacerbation of military and defense spending… it is all a giant parallel, just with larger geopolitical boundaries and drones. The African-American population during the Reagan era was synonymous to “Drugs” which led to the over policing of inner city neighborhoods and unconstitutional stop and frisk policies that clearly violate the 4th amendment. Today Muslims are synonymous with “Terror” and subject to the outward racial profiling in airports despite government reports asserting the ineffectiveness of the TSA. 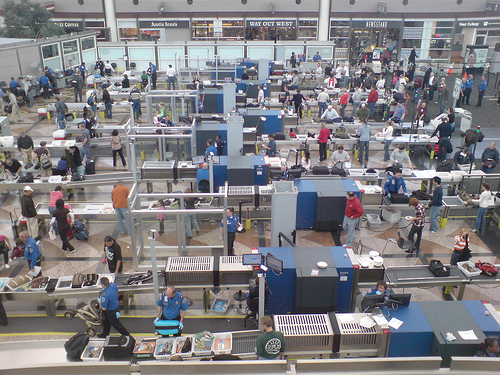 Ayesha Khan is a third year international student at UCLA. She is majoring in microbiology, immunology, and molecular genetics and double minoring in global studies and public policy. Ayesha is also one of the directors for the Incarcerated Youth Tutorial Program.