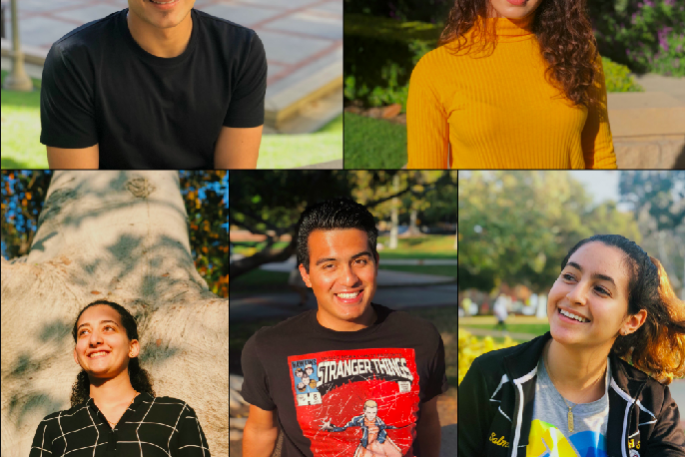 The move from high school or community college to a four year university is a huge transitional period in one’s life. It is a moment where students embrace their independence and explore adulthood and the responsibilities that come with it. Coming to a large public university like UCLA can seem daunting at first, with the huge student population and plethora of student organizations and activities. For many new students at UCLA, the Muslim Student Association (MSA) has helped them find a community that welcomes and accepts them from the start.

New students at UCLA cite a number of reasons why they decided to attend 2019’s number one public university in the nation according to U.S. News and World Report (1). The community and sense of belonging that emanates from the campus is something that stands out to new students when they first visit, making it a major reason for their choice. Salma Fawzi, a first year pre-Human Biology and Society major, says “when I came to visit [the campus], I felt at home” and that the sense of community is one of the things that made UCLA stand out to her above other schools. Enrique Martinez, a transfer History major, also shared this sentiment: “I feel like home here.”

The large and diverse Muslim community is also a highlight at UCLA, according to Saja Zidan, a first year pre-Human Biology and Society major. Saja says, “Ultimately, I chose [UCLA] because I realized that I really wanted to have a Muslim community to form bonds with people with similar cultural backgrounds.” Proximity to home is also a huge plus, according to Maryam Haider, a transfer Political Science major, and Rami Abuqubo, a first year Biology major. Rami and Maryam both find it convenient to attend a school that is close to their homes, making it easier to visit their families.

As a freshman, it is important to put yourself out there and make friends. Fortunately, the MSA hosts numerous events for students to meet and socialize as well as strengthen their Islamic faith. For instance, Salma says that she enjoyed the first Jummah prayer of the year and going to The Boiling Crab afterwards because of how many students came. Many students named the MSA’s Beginning of the Year banquet and the bonfire at Dockweiler Beach, two of the biggest events of Fall quarter, as their favorite events so far. These events showcased the size and diversity of the MSA community. Salma and Saja both appreciate “the diversity of MSA,” and Salma adds that it is a “nice cultural experience.” Maryam and Saja hold the bonfire as a memorable event, saying they loved meeting so many new people and that the halal s’mores were a big hit. While many events at UCLA help Muslims connect with the Islamic community on campus, events that bring the Muslim community together with other cultural and religious organizations on campus also provide an important connecting experience. For instance, Rami says that he went to the vigil for the victims of the Pittsburg shooting at the Tree of Life Synagogue, mentioning his experience with “connecting with the Jewish community” in high school and saying that it was “really nice to share that sentiment of community.”

Everyone knows that freshman year is full of firsts, whether it’s taking your first college midterm or getting involved in clubs on campus. In general, new students at UCLA are looking forward to getting more involved on campus and going to events. Maryam says that she is “really excited to be a part of the community” at UCLA and looks forward to attending more events hosted by the MSA. Rami is also excited to bond with people through MSA events while Saja is excited to meet new people and to really get to know their personalities, as well as to experience the “the diversity that comes with being at UCLA and in MSA.”

UCLA is well known for its various service organizations, and new students are eager to get involved on campus through giving back to their communities. Service can also be a great way to meet other altruistic students. Specifically, Enrique says that he is “looking forward to serving other people, helping others and meeting new people.” He has participated in service events hosted by the Food Drive Initiative (FDI). Saja is also looking forward to participating in service organizations at UCLA. She is a part of Students Organize for Syria, a club that focuses on teaching Syrian refugees English, and looks forward to expanding her involvement throughout the year.

Islam as a whole has helped UCLA new students find balance and community amidst their first quarter. Maryam says that she is “able to create friends a lot easier through Islam, through being a Muslim.” Salma says that the MSA community is very strong at UCLA and helps her feel at home. She felt this strong sense of unity during the Maghrib prayer before the MSA Beginning of the Year Banquet. Enrique says that he likes that Islam is “a religion rooted in service to others [that drives him] to be a better role model and to be able to give back to others.” Saja states that Islam gives her “a support system, whether it’s spiritually or with God Himself,” making her “feel more secure and calm.” Rami also mirrors these sentiments, saying “I don’t think I’d be as calm without Islam…praying in the morning always sets the mood for the day.”

Being new at UCLA can be challenging, but the diverse community that Muslim freshman and transfers have found has helped them navigate their first quarter here. Hardships can be eased with friendships, and UCLA students are fortunate to have a welcoming group of Muslims to guide them through their time here.