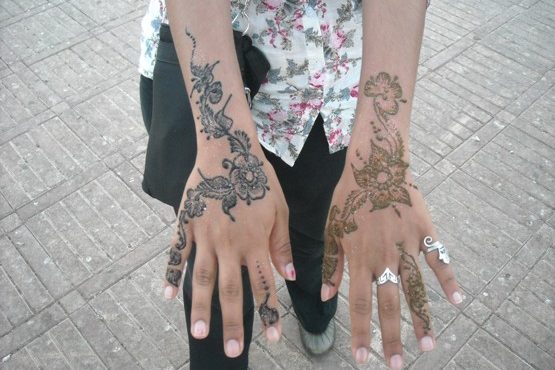 If only I was equipped with a telescope so I could determine the first night of Ramadan myself, because time was passing by and it was the first of August, but no Moroccans seemed to be buzzing about with the spirit of the holy month. I eagerly awaited another month of starvation and spiritual reflection, trying to time my trip in Casablanca accurately so that I could pray the first Taraweeh prayer in the Hassan II mosque among thousands of believers.

I was in the middle of a souk when the call to Maghrib, or sunset-time prayer, was announced on a local speakerphone on a minaret. An immediate sense of jubilation came over me as I began to realize that Ramadan had begun. Eagerly, I took a break from the shopping and entered the small mosque through a hidden staircase behind one of the souk stores.

I was disoriented but couldn’t care less as I roamed about upstairs not realizing I needed to put my shoes in a bag. I went down again, retrieved one, and climbed back up. After performing wudu, or ablution before prayer, I found a seat on a stylized red carpet in a seemingly empty room. I felt prepared to engage in my first few moments of spiritual growth while observing the Moroccan women around me flip through the Quran. I prayed Maghrib and left the souk.

Oussama and I toured around the King’s palace for a little while before making our way to the large park in central
Casablanca. It truly felt like Ramadan when I was pulled by the arm by a Moroccan lady and was motioned by her to sit down on a mini stool that was too short for my petite legs, even.

Within minutes, my hands were covered in beautiful floral designs in henna, the traditional leaf-extract dye that is used for celebrations. Since I already passed as a Moroccan on the streets, I felt even more like a native. My appearance became such a tool for deception–with the hijab, tanned skin, and Arab-style scarf, it was especially more now that I had henna on my hands!

Little did I know that Morocco was actually one of the only countries in the world that did not begin Ramadan according to the Saudi Arabian moon-sighting. I spent that entire evening in denial about how I began my Ramadan!