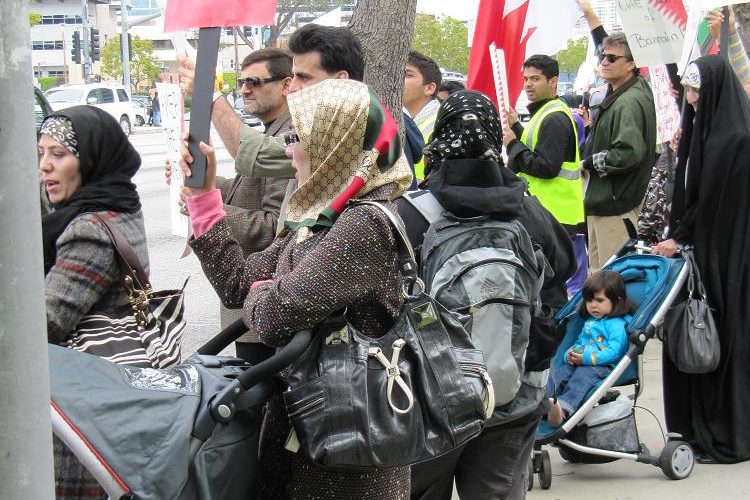 More than one hundred people gathered today in front of the Federal Building in Los Angeles to show solidarity with movements in the Middle East and North Africa, in particular Libya and Bahrain.

Speakers at the protest also emphasized the fact that the movement in Bahrain is a matter of an oppressed people seeking freedom and reform, not a sectarian issue, as is claimed by Bahraini as well as other Arab governments.