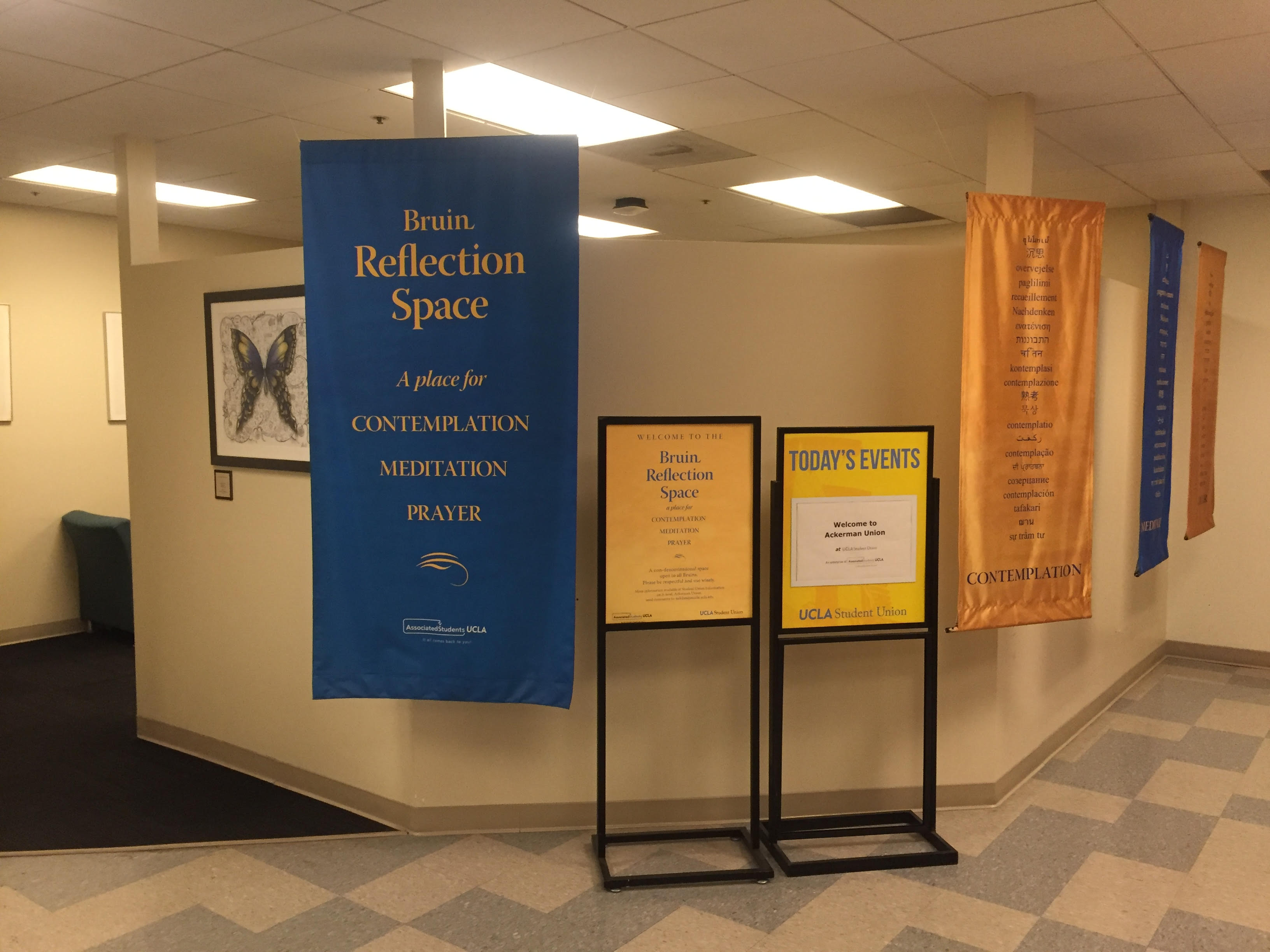 Outside of Kerckhoff Hall and near the engineering building, you will see Muslims prostrating at various times of the day. They pray in groups or individually on thick concrete, the sun beating down on them at certain times of the day. The only object between a prostrating Muslim and the concrete is a thin prayer mat and sometimes a small clay tablet. I believe that our fellow UCLA Muslims deserve better praying conditions and here is why.

Outside of educational and work institutions, Muslims predominantly pray in two places: in a mosque or at home. In both locations, Muslims pray on thick floors that consist of carpet pads. It is what makes a carpeted home and mosque feel soft when we walk above it. The only instance when Muslims pray outside of a carpeted mosque is when the occupancy of the prayer hall exceeds its limit. In addition, carpet pads become especially important when a Muslim rises from sajdah (prostration) and sits on their knees. When praying outside Kerckhoff, forces of the concrete and the prayer’s body weight can cause discomfort, thus distracting the prayer from their salat (the daily 5 prayers) and any meditation they may experience.

Immediately behind the small area students utilize for prayer is a large dumpster, which disturbs one of the main features of salat: cleanliness. According to the Sahih Muslim Hadith, Prophet Muhammad (PBUH) said that: “Cleanliness is half of the faith.” Muslims perform wudu (ablution) before salat to cleanse themselves. Also, Muslims are responsible for wearing clean clothing during salat. These individual expectations transcend the prayer environment’s expectations. Masjid carpets are regularly vacuumed. While there is no explicit verse in the Quran or Hadith that prevents Muslims from praying near a trash site, one can infer that this is strongly not recommended.

The issue of finding more accommodating prayer spaces is not new. In 2016, the UCLA Undergraduate Students Association (USAC) created a temporary meditation space on the third floor of Ackerman Union for all faiths. At any time, the meditation room has between one to four prayer mats. This is a problem, since sometimes Muslims pray salat in groups larger than four people. A solution to this problem could be to add a shelf of prayer mats for easier access and to allow more Muslims to pray at the same time. The meditation room also lacks privacy. The room has benches, chairs and walls, but no doors. Hence, anyone could occupy the space at any given time. This is problematic for students who want to pray or meditate in privacy while not disturbing other users or being disturbed themselves. In addition, many students use the meditation room to study, practice for dance or acapella groups, or to have conversations with friends. The room was even advertised as a “study space” on the Associated Students UCLA Instagram story. The framing of the meditation room as a study space, practice room, or conversation lounge is problematic because it further isolates students seeking a quiet space to pray, reflect, or meditate.

The act of salat does not change whether you are a college student or not. Hence, UCLA Muslims deserve better spaces to practice their faith than the concrete ground behind Kerckhoff that sees constant foot traffic and other disturbances. The meditation room in Ackerman Union is a positive step towards a solution, but more actions must be taken to ensure that Muslim students can practice their faith peacefully and freely on campus. No student should have to face unnecessary hardship; everyone deserves a private, respectful place to practice their faith in whatever form that is.