Raised to Embrace People of all Faiths and Backgrounds 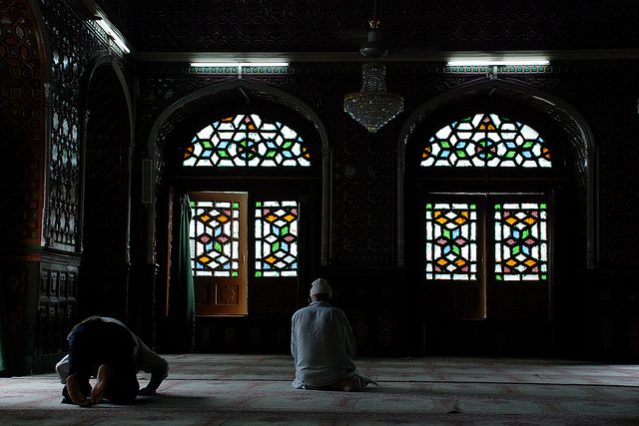 [dropcap]A[/dropcap]l-Talib interviews Kelsey Paxton, a second year Psychobiology major at UCLA, about her experience living in post 9/11 America. Although she is not Muslim, she feels the need to defend Muslims and encourages others to be more accepting and understanding towards people of all faiths and backgrounds.

Paxton: At first, no. I was shocked, I didn’t believe it was happening. As I watched, and we saw the street view of the people crying, I felt the effect. I have a family of people who served in the military, served the country working as police officers and firefighters. My father was in the military so my family is very prideful for this country. We have this love for the country, even though it has things that it needs to work on. It was very disheartening because not only was this happening to your country all of a sudden, these are your fellow American citizens, even though you may not know them, you automatically feel sad for them.

A-T: Did you start seeing changes in your environment?

Paxton: I did. People are more kind where I come from compared to Los Angeles. Everyone was even more kind to each other, trying to help people. The community came together and tried to help people. We put care packages together for the firefighters. We saw more patriotism in my town, flags, people wearing American colors. It united my community.

A-T: So when did you learn the attackers were Muslim and how did you react to that?

Paxton: I actually found out that same day because my dad likes to analyze everything. I asked him who did it, and he said it was a terrorist group, and they’re Muslims. You saw people throughout my community talk about Muslims like they were bad people. My parents raised me to always defend myself and others who can’t defend themselves. So I said,” just because this person is Muslim doesn’t mean you should talk about them”. I would go home to my mom and my dad, and although I was young, I wasn’t super young, and I would say to them, “People are saying that all Muslims are part of this terrorist group.” I remember my parents sitting down and they said that it’s not true, because it’s like saying that all white people are a certain kind of way.

My dad said, “These particular Muslims are radical, they’re terrorists. Not every Muslim in this country is like that. So you need not to judge people when you first look at them, because you don’t know.” My parents told me that at times when people go into airports and see Muslims, they may get frightened or scared, because they don’t know and terrorist attacks are happening through the airport system. They said it’s only natural but you can’t turn around to that person who is Muslim, or someone who looks of Middle Eastern decent and accuse them of being a terrorist. Just like you can’t accuse someone who looks like you of being a Nazi.

Paxton: Blond hair, blue eyed, white person. And so, I really took that to heart. My parents raised my to be open minded and understanding towards others of different religions and cultures. They always taught me, you don’t judge other people. That’s not your place, that’s God’s place.

I wasn’t afraid of Muslim people, I always felt bad for them. Even if people wouldn’t outright call them terrorists, they would still make derogatory jokes about them. Some people would say they didn’t really care if they made those jokes, but you could see that others really took it to heart.

I actually have a close friend who’s from the Middle East. She would be upset a lot of the time because she would say, “Just because you’re from there doesn’t mean that you’re automatically a terrorist.”

Many are kept to this one-minded track and I always try to talk to people about it. I say, “Look. what if I came up to you and said, ‘Because you’re Mexican you must mow my lawn.’ You would not like that, would you? So why are you saying that about people who are Muslim?” I always try to play Devil’s advocate and make people look at things in different ways.