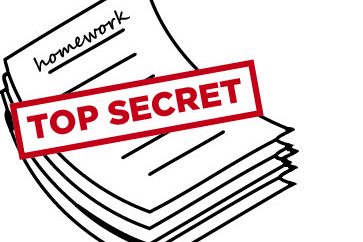 During the season of finals, curves and grade deflation become a hot topic. A curve is a type of grading system that professors use in order to make the grade distribution follow a bell curve. A curve has the potential to lower a student’s grade depending on their performance relative to their classmates. For instance, if the professor only rewards 25% of the class an A and your grade percentage in the class is 95%, you may receive a B if 25% of the class earned a higher A percentage than you. Consequently, competition and a cutthroat environment may arise from this, and are in fact experienced by many students in universities across the United States.

Overall, students may become secretive of their own knowledge if a curve is detailed in the syllabus, ensuring that they do not hurt their own grade by sharing their knowledge or helping their classmates succeed. While individuals may benefit from keeping their knowledge to themselves while studying for their upcoming finals or from ignoring the texts of their peers pleading for help, the Prophet Muhammad (peace be upon him) viewed knowledge as something valuable that should be shared.

According to Ibn Majah, the Prophet Muhammad (pbuh) said, “The best charity a Muslim practices is acquiring some knowledge and teaching it to his brother.” [Shaykh Al-Amin Aku Nazrui, The Content of Character, Hadith. No. 25]

Looking at the idea of the curve through the words of Prophet Muhammad (pbuh), students should re-evaluate the worth of participating in the stressful and competitive environment that is put in place by curves. I personally study better when I am able to discuss the information from class with my peers. It helps me recall information better and clarify any misunderstandings I may have. That being said, maybe professors and universities should rethink the curve system and encourage students to work together. This quarter, I am enrolled in classes that encourage collaboration and do not curve grades due to the negative environment that curving can bring about. This has reduced some of my academic stress, and I hope this perspective on curves is continuous throughout my career at UCLA. After all, students need to take advantage of tactics that reduces their stress and supports a fruitful college journey.