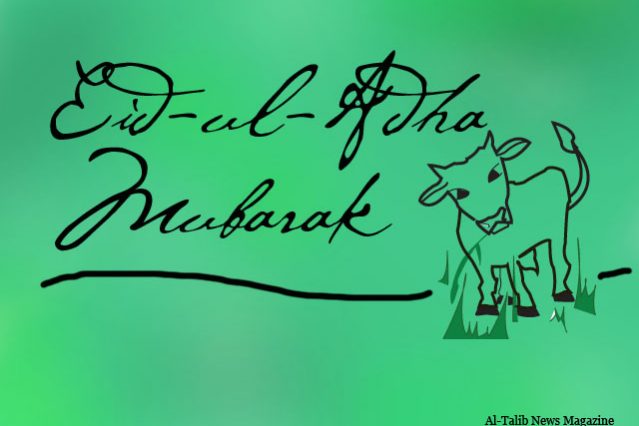 On Friday, October 26, Muslims all over the world will be celebrating Eid al-Adha, which occurs in the 12th month of the Islamic lunar calendar called Dhul-Hijjah.  Eid al-Adha translates to “Festival of Sacrifice,” to which Muslims recall and commemorate the trials of Prophet Ibrahim (A.S.).  Eid al-Adha signals the ending of Hajj; a Muslim is obligated to take part in Hajj at least once in their life, provided that they are of able health and finance. The literal meaning of Hajj is – “to set out for a place.”  In the Islamic context, it refers to the annual pilgrimage Muslims make to the holy city of Mecca to perform religious rites.

For Eid al-Adha, Muslims slaughter an animal in commemoration of the sacrifice Prophet Ibrahim was willing to make of his son for God. As college students, we often feel that our financial situation is what prevents us from performing Hajj. Or that our education prevents us from taking the necessary time off. What we seem to be looking for is the convenience of going to Hajj without the sacrifice. However, if we look to the entire concept of the Hajj, we will find that it was in fact, conceived in deep sacrifice.

When we look to the story of Prophet Ibrahim and his family, we must take note of the sacrifices that they made. Many of us know that Prophet Ibrahim was commanded by Allah to leave his family in the desert. What we often overlook is the fact that after years and years of trying to conceive a child, Prophet Ibrahim finally gave birth to his very first son, Ismail, in his late eighties. Knowing his old age and for how long he tried to conceive, yet still going through such an ordeal for the sake of Allah should be a clear example to us. Another great indication of sacrifice is that of his wife, Hajir, as Prophet Ibrahim told her that the reason he was to leave them had come directly from Allah. Now think, if we were in her position, we would probably just sit back contently and wait for Allah’s plans to reveal themselves. Yet Hajir struggled to take care of her infant son as she ran up and down the hills of Safa and Marwa until the Zamzam well sprung from beneath her. Allah rewarded her abundantly for her efforts.

As college students, we are in the prime of our lives. Most of us don’t have to worry about problems associated with old age, or carry the responsibility of caring for a family. Instead, we often worry about buying the latest and greatest iProduct, or what will finally happen to Walter White in Breaking Bad. Yet we have so many opportunities given to us, all we have to do on our part is make a little sacrifice. Instead of upgrading your iPad, why not put that money towards a Hajj fund, and shave a little off your paycheck each month to go towards it? Or instead of squeezing in that second nap of the day after lecture, we can always start learning more about the history and practices of Hajj, in the intention that one day we can fulfill this obligation, inshaAllah (God willing).

On the day of Eid al-Adha, Muslims begin with the morning Eid prayer which is followed by the sacrificing of an animal afterwards. The meat is mostly given away, with one-third prescribed for the immediate family, one-third given away to friends, and one-third donated to the poor. It is important to note that the Muslim practice of sacrifice is not meant to wash away our sins, or to present an offering to Allah.  The Quran states that “It is not their meat nor their blood that reaches Allah; it is your piety that reaches Him” (Qur’an 22:37).  This symbol of sacrifice, shown to us by the Prophet Ibrahim, is that which embodies a true Muslim – one who submits themselves completely to Allah’s commands with actions that require sacrifice.