Spotlight on Islamic Art: The Blue Mosque in Istanbul 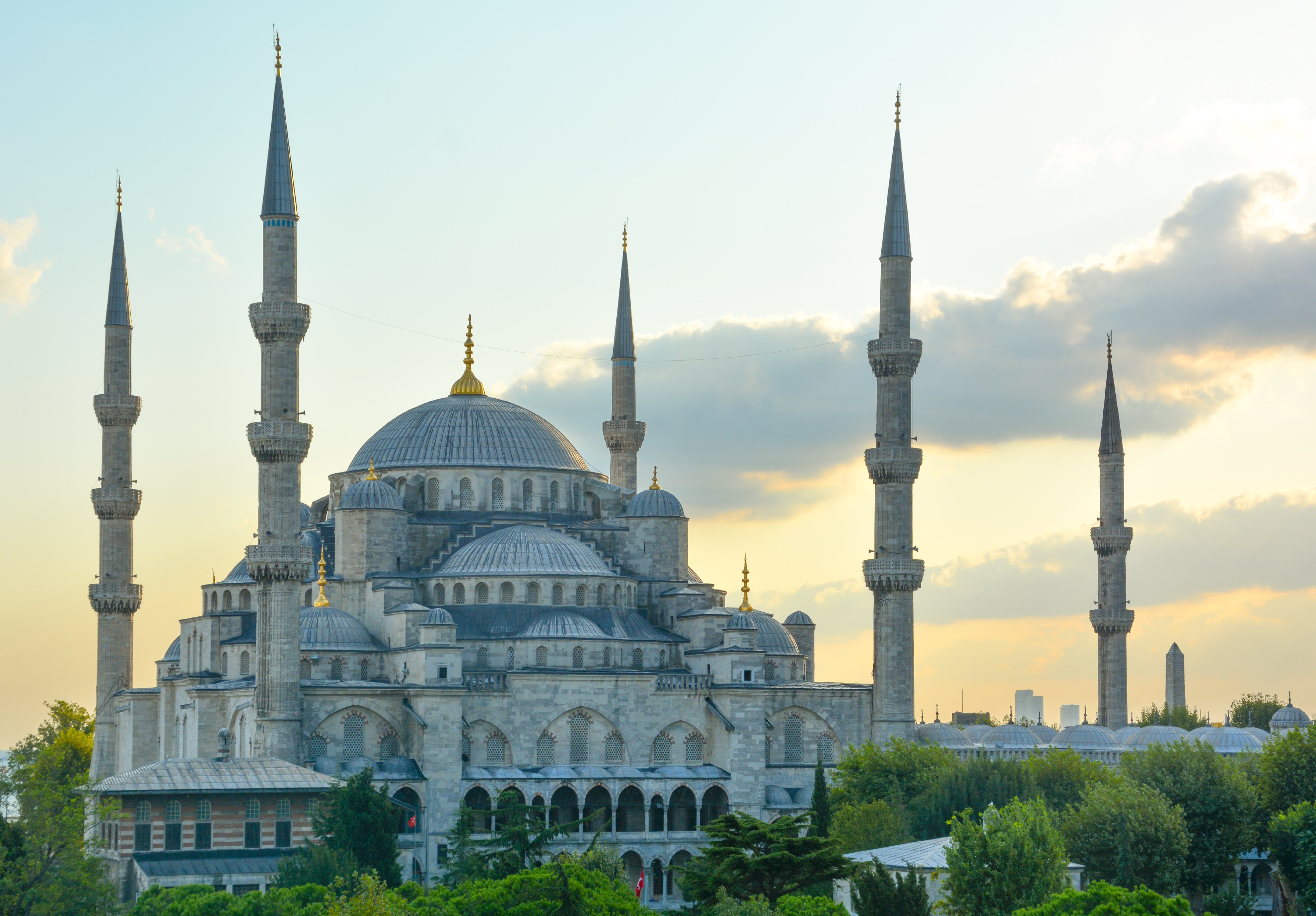 The monuments of the Islamic world are a testament to the artistic traditions that have emerged from Muslim nations. Several of these iconic buildings came out of the Ottoman Empire (c. 1299 – 1922 C.E.), which was based in the peninsula of Anatolia in modern-day Turkey. One of the centerpieces of the Ottoman Empire’s architectural treasures is the Sultanahmet Mosque of Istanbul, more commonly known as the Blue Mosque. Built in the 17th century, it was commissioned by Sultan Ahmet I as a legacy project to rival the Hagia Sophia.

Sitting on the Bosporus Strait, the city of Istanbul is at the heart of the Old World; originally known as Byzantium, the emperor Constantine conquered the city and renamed it Constantinople in 330 C.E. It would again change hands to the Ottomans Turks and be renamed Istanbul over time. This colorful history has given Istanbul its syncretic, varied tradition of art and architecture.

The Blue Mosque features many aspects of Byzantine architecture as well as uniquely Islamic traits. Its architect, Sedefkar Mehmet Aga, studied under one of the Ottoman Empire’s most famous masters, Mimar Sinan, and channeled his style into a new construction that aimed to project size and splendor.

Its characteristic silhouette is delineated by six minarets (tall spires from which the Adhan is usually called), rather than the usual four; this detail caused a stir as it appeared to be matching the Masjid al-Haram in Mecca. This problem was solved by eventually adding a seventh minaret. A cascading series of domes marks the exterior of the mosque; under each is a covered passageway of arches, while the main dome rises above. A heavy chain of iron dangles in one entrance; according to the story, since only the sultan was allowed to ride into the mosque on horseback, the chain ensured that he would have to duck his head in order to enter. This was a symbolic gesture of humility in the face of the divine.

Inside the mosque, the mihrab (the wall niche towards which the congregation faces in prayer) and minbar (the pulpit) are both made of marble. They are designed in such a way that the imam can be heard from anywhere in the mosque. Panels of the interior are decorated with calligraphic quotations from the Qur’an, which have been restored repeatedly over the years. However, the most interesting artistic feature of the mosque is the blue Iznik tiles that give the mosque its most popular moniker. These uniquely Turkish tiles are made using quartz rather than clay, giving them a blinding white color that lets the painted designs pop. Metal oxides are used to paint the tiles – copper oxide for blue and iron oxide for red. The designs can be geometric in nature or feature floral, organic lines. The painted tiles are then glazed and fired, and the designs bloom into bright, vivid color.

Today, the mosque is open to the public for prayer at designated times, and it has also been named a United Nations Educational, Scientific and Cultural Organization (UNESCO) World Heritage Site for its cultural and artistic significance. As for the Iznik tradition of ceramic craftsmanship, it remains a vibrant trade with galleries showcasing the beauty of authentic Iznik pieces, as well as modern twists on the original designs. A marvel of the architectural world, the Blue Mosque remains a point of pride for Muslims all over the globe.