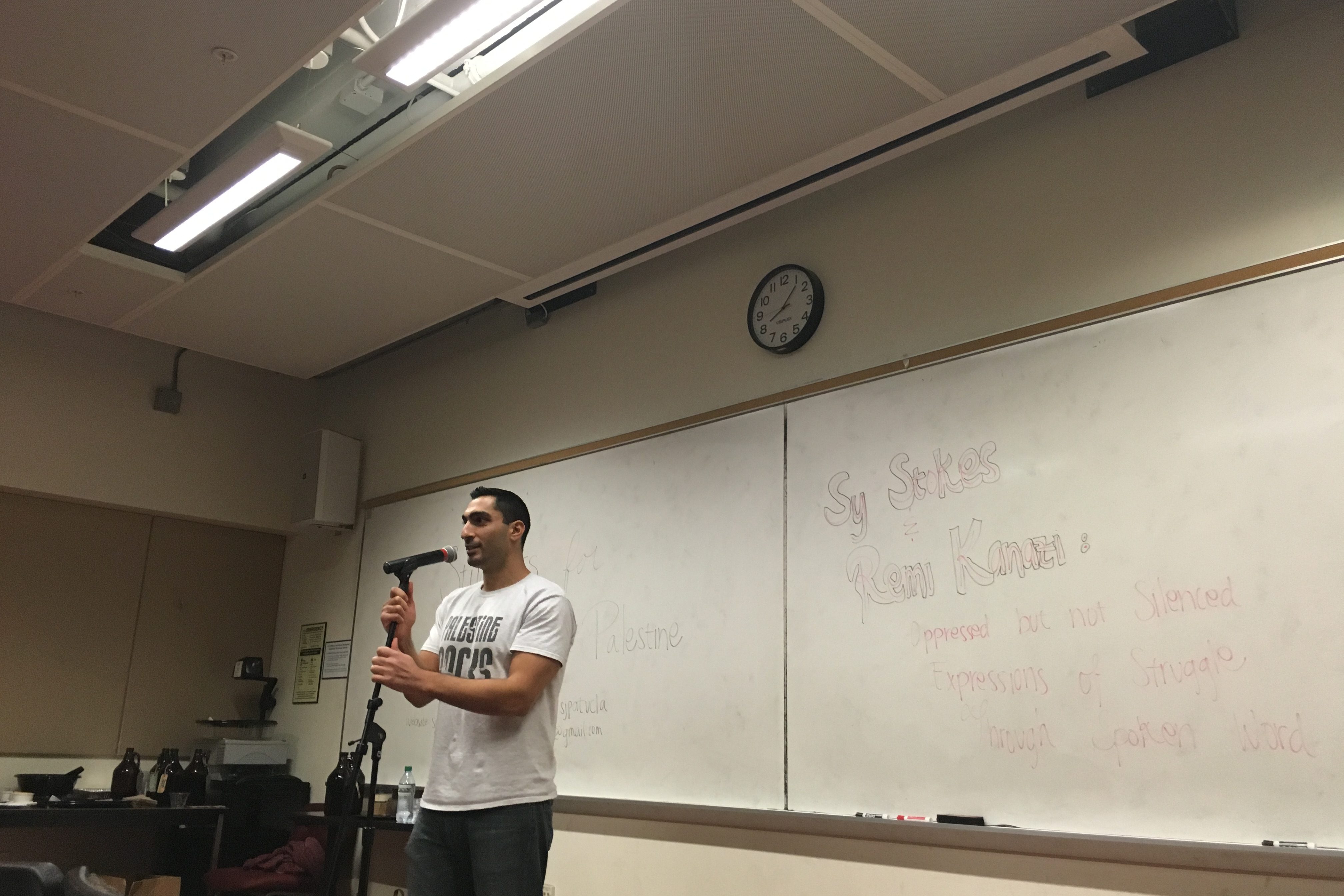 On November 4th, a crowd of approximately fifty students gathered in Haines Hall to listen to the diverse performances navigate between themes of privilege, normalization and oppression.

Sy Stokes, the writer of the “Black Bruins” spoken word performance reflected on his experience at UCLA as a Black Bruin in reference to the current campus climate in his address to first years, ”Every year I’ve been here there’s been one [racist] thing , at least you got it over with”, but he avoids writing on the topic saying that, “that’s kind of too easy and I would just be really angry.”

Instead, his first piece, a poem written at age 17, provided insight on his decision to choose education, cueing snaps and and audible “mm”’s from the audience, setting the tone for the rest of the night. He then performed “A Letter to Myself” aka (Black Bruins) Pt.2  institutionalized racism and the student activist’s struggle with mental wellness, leaving the crowd with the message that it is okay to ask for help.

Reginald Jones, third-year transfer student, warmed up the crowd with his relatable humor and then got serious to perform his two pieces “Mayhem” and “Once Upon a Time” through which he unapologetically attacks police brutality and shares his experience as a black transfer student. After the performance, he recounts how speaking on his struggles was “liberating” and how he felt that he had a “voice.”

Poets finding their freedom in the word continues throughout the night with Ibrahim’s poetry. Ibrahim’s experience growing up as the only Palestinian in his community informed his pieces. His performance of “From the Ashes of Fallout,” “Cracked Asphalt Highway” and his last untitled piece provided a perfect segue into the next spoken word artist Remi Kanazi.

Remi Kanazi, renowned writer and performer, donned a “Palestine’s Rocks” T-shirt as he theatrically approached the stage, using direct conversation with the audience to break the 4th wall. Readings from his newly released book “Before They Drop The Next Bomb” summoned audible rooting from the audience. One of his crowd favorites, the renowned piece “Normalize This” can be found in his book and his YouTube page. His insight on events occurring in Palestine, and other lands of US-funded killing like Ferguson universalized his message to focus on challenging all oppression.

The two guest speakers, Sy Stokes and Remi Kanazi, wrapped the night up with a Q&A followed by a book signing.

According to Ibrahim, one of the organizers, the event was meant to encourage diverse groups of students to understand Palestinian issues in a new way and hopefully help them to relate to the greater theme of oppression.

To find more information on this issue, check out the Students for Justice in Palestine’s library in Kerckhoff 146, which currently contains Kanazi’s new book as well as other educational resources on Palestine.